Bon Accord Aberdeen has lodged a planning application for a new four-screen cinema development. 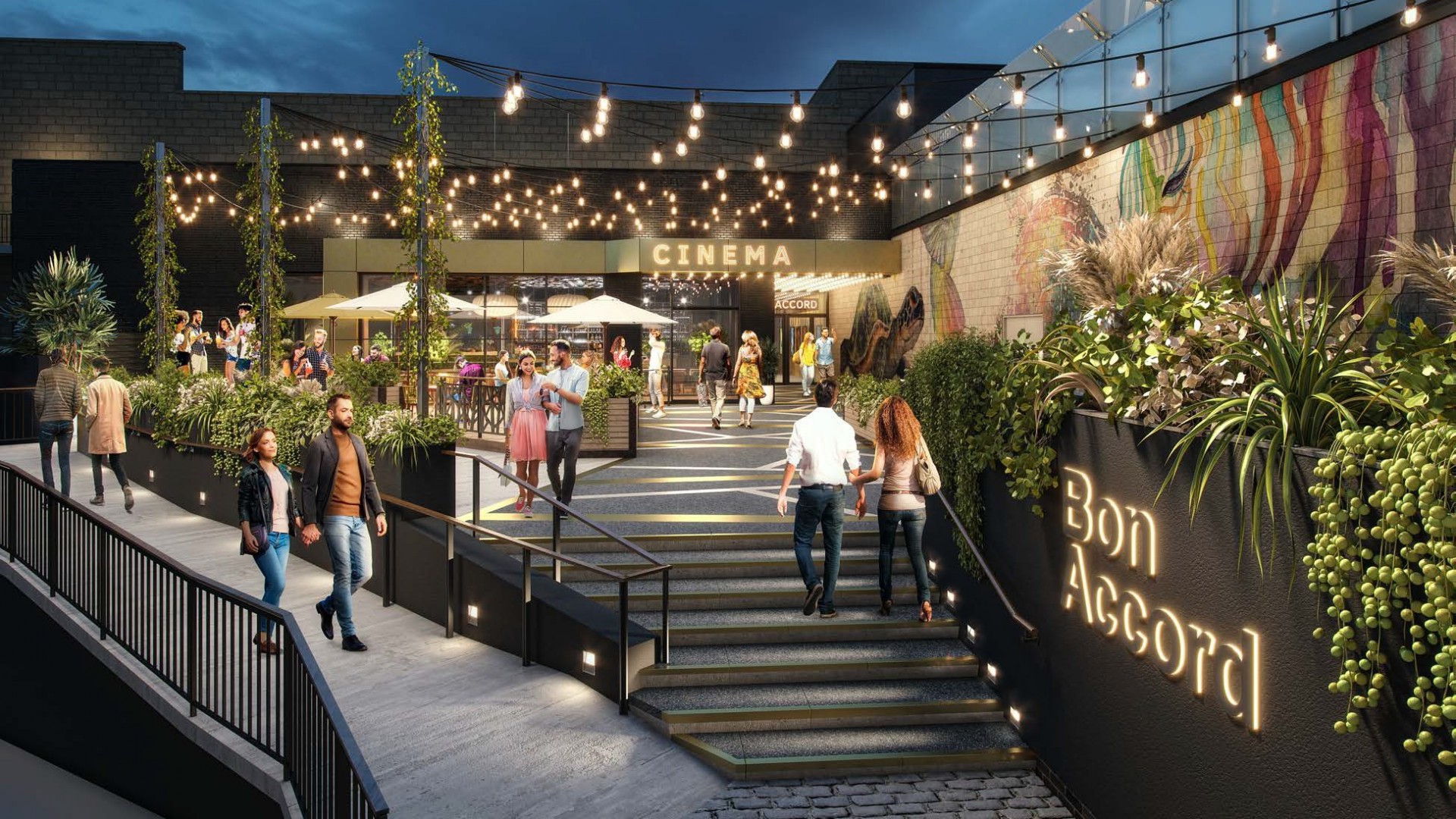 As well as a cinema on the Upper Mall of the centre, with an entrance leading out into Drum’s Lane, the designs by Threesixty Architecture also propose reopening Drum’s Lane to the public forming a new outdoor public space and an additional entrance into the centre from Upperkirkgate.

The architects wrote: “The extension forming the cinema entrance will be primarily finished in black brick. We plan to create an element that wraps around the main cinema windows and frames the entrance to the cinema and mall which also forms a covered canopy for both entrances. The mall entrance doors will be set back from the cinema elevation.”

The proposal is in accordance with the City Centre Masterplan, which facilitates an increased leisure offering in the north of the city.

Craig Stevenson, centre manager at Bon Accord, said: “We are delighted to submit a planning application for a new cinema development at the centre. These plans come as part of our ongoing strategy to repurpose vacant retail space and continue to deliver a thriving retail and leisure destination in the heart of the city.

“This is a fantastic opportunity for Bon Accord and for Aberdeen City Centre. We are looking forward to announcing further details of this and other new initiatives in due course.”

Planning permission was initially granted for a seven-screen cinema and restaurant in the Bon Accord Centre In 2014.

Mall owners have also been considering a new retail and food area in the north of the centre with a glazed canopy over the George Street entrance in recent years.

The application has been welcomed by business leaders in the city, who have praised the investment in Aberdeen’s city centre.

Adrian Watson, chief executive of Aberdeen Inspired, said: “Aberdeen Inspired welcomes the news that plans for the cinema development within Bon Accord are gathering pace.

“This significant investment in the heart of Aberdeen is hugely positive and will positively increase footfall and dwell time in the city centre in the future.”

Russell Borthwick, chief executive of Aberdeen & Grampian Chamber of Commerce, added: “Successful strategies to reinvent our cities are based on creating multifunctional places that people choose to live, spend leisure time and work in.

“It’s very encouraging to see businesses like the Bon Accord Centre display confidence in the future of the Aberdeen city region by moving forward with investment projects like this one.”