The Edinburgh and South East Scotland City Region Deal has given its approval to a project to upgrade the Sheriffhall roundabout on the Edinburgh City Bypass. 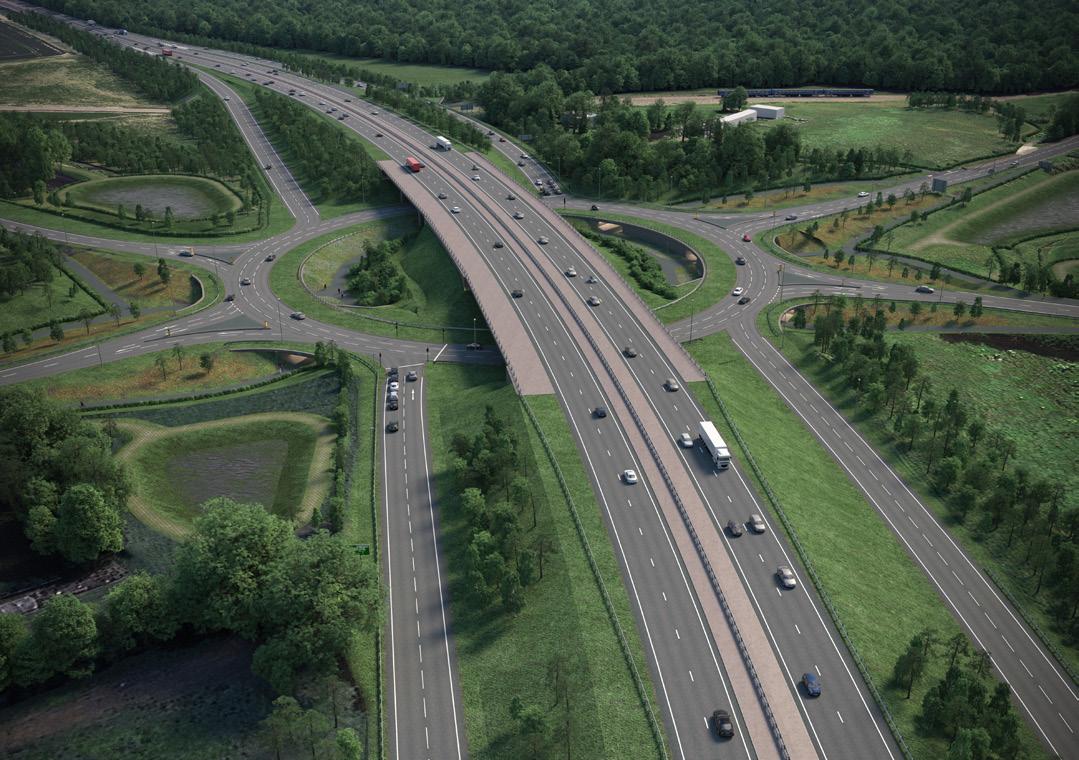 The Scottish Government is committed to investing up to £120 million to support improvements to the City Bypass as part of the City Region Deal programme. The proposed scheme at Sheriffhall would provide a grade-separated junction, designed to relieve traffic congestion and introduce new active travel facilities for walking and cycling.

The A720 Sheriffhall roundabout is currently the only junction on the Edinburgh City Bypass that is not grade-separated, which means the City Bypass is at the same level as the A7 and A6106 local approach roads. As a result, it often experiences significant queuing, especially during peak hours.

Following last week’s approval for the proposals from the Joint Committee of the City Region Deal, Midlothian Council leader, Councillor Derek Milligan, said: “We very much welcome this proposed scheme which will help connect Midlothian’s communities and is designed to separate out local traffic from other traffic on the A720.

“As well as improving road safety and relieving the severe traffic congestion experienced by so many at Sheriffhall, the active travel features will be widely welcomed as they will greatly improve accessibility for walkers and cyclists. Significant improvements in bus journey times and reliability can also be expected as a result of the improvements, with the potential for more public transport services in the future.”

“However, Midlothian Council continues to press for this scheme to be delivered urgently,” added Councillor Milligan. “Today’s decision was welcome, but we are urging Transport Scotland to deliver the upgrading much earlier than is currently scheduled.”