Club bowled over by Dandara generosity 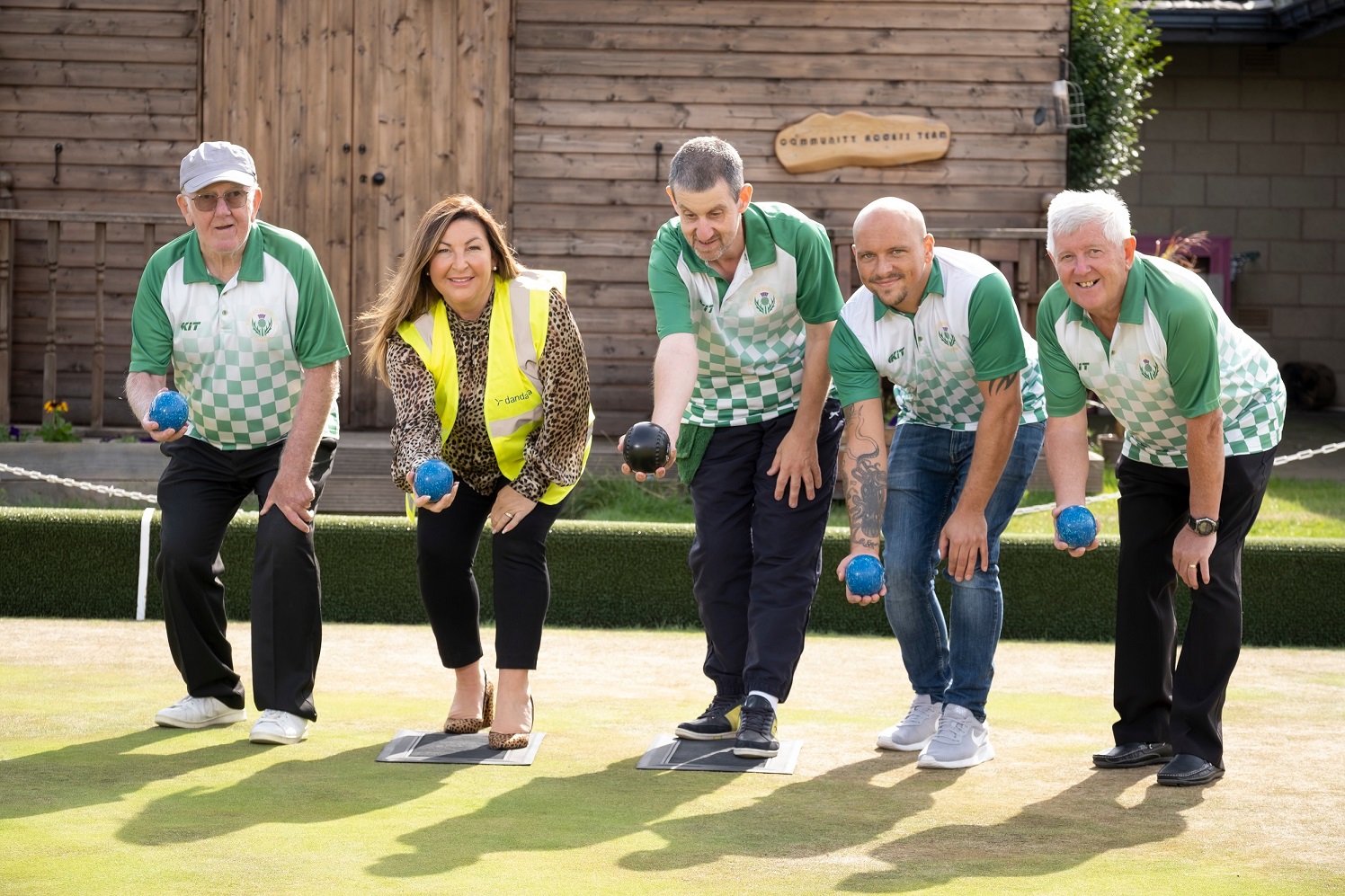 Kings Park, home of Buccleuch Bowling Club and Community Access Team in Dalkeith, has received £1000 to upgrade the area around the green from Dandara East Scotland.

The housebuilder, which is building nearby in Eskbank, made the donation to help allow greater access to facilities for older players and those with learning disabilities.

The money will also be used to buy rubber mats to protect bowls from getting scraped and damaged when they are knocked off the green during matches, new rink marker pins and a set of junior bowls.

Founded in 1897 in Ironmills in Dalkeith, the club is celebrating its 125th Anniversary this year and recently hosted a major competition attended by 80 players. Although a small club, it’s been successful at both district and national levels and reached the final of the Scottish National Top 10, the biggest club tournament in Scotland, in 2019. The club also recently reached their third consecutive district Top 10 final.

Scott Ritchie, President of Buccleuch Bowling Club, said: “A big thank you to Dandara for this donation which will make a huge difference to the club, which relies on the fundraising efforts of the members for survival.

“The last few years have had a significant impact on club finances and it’s great to be able to make some much-needed improvements in our anniversary year, especially as we are hoping to host some major competitions in years to come.”

Alan Kelly, committee member Buccleuch Bowling Club and also Day Service officer with the Community Access Team, added his thanks to Dandara for helping to purchase new bowls for the group.

Lisa Archibald, head of sales at Dandara East Scotland, said: “Buccleuch Bowling Club is a real hub for the community and have worked hard hosting open days for school groups and charities as well as training champion bowlers who have represented Scotland at International level in the Under 19s and 25s.

“We have received such a warm welcome from the people of Eskbank and Dalkeith, it is nice to be able to lend our support to such an important local sports club.”