Paper Five – The Heritage City – outlines the characteristics in heritage, landscape and form that identifies the city and its neighbourhoods. 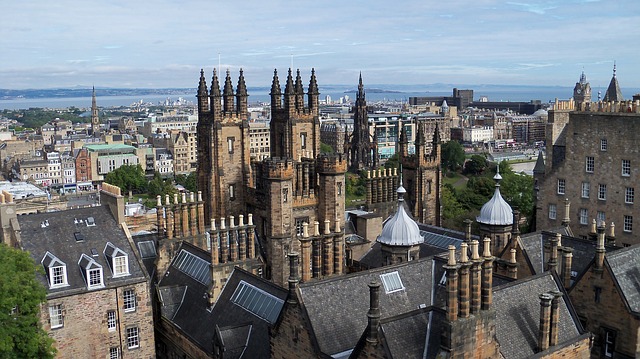 Edinburgh is a unique place. The exceptional built and natural environment of the capital has underpinned the city’s culture, tourism and wider economy since at least the eighteenth century. Its special qualities remain assets of incalculable value in the twenty-first century. Place identity matters, as cities become ever more standardised.

Part of the challenge for Edinburgh is that its branding as a visitor destination based on festivals and international tourism risks undermining its identity and uniqueness. We need to balance the local and the global, to remain a welcoming city which works for residents and visitors. Conserving our buildings, trees and landscapes, with access for all to our public spaces, matters not just for amenity but as part of the way to conserve scarce resources and mitigate and adapt to the impacts of climate change. Therefore how our city plans for, and manages, this legacy has to be a central concern of civic policy and action.

The Heart of the City

The World Heritage Site covering 4.2 sq. kms. is literally at the centre of our city. A combination of its centrality, scale and appeal mean that it is under stress. There has always been pressure to put commercial gain first, too often resulting in developments that detract from, rather than enhance the quality of Edinburgh.  In the 1970s, the St. James Comprehensive Redevelopment scheme stamped that message on the skyline. Recent years have seen highly controversial developments supported by the City Council, in some cases through “commercially confidential” agreements with developers that citizens cannot scrutinise. The undertakings that the city gave when seeking World Heritage status in the mid-1990s need to be reaffirmed and acted upon.

UNESCO requires World Heritage Sites to have a Management Plan, and Edinburgh has one for 20172022. Authenticity is one of the distinctive qualities highlighted in the plan. UNESCO says that it is the juxtaposition of the contrasting architecture and design of the Old and New Towns, together with the gardens and views through the valley connecting them that gives Edinburgh “its unique character”. And yet… for several months a year the gardens have become a funfair / stage for concerts, and views of the gardens from Princes Street were screened off during the Festival in 2018.   Permission was given in February 2019 to build on top of the Waverley Market, blocking views and contradicting decades of planning policy.

Certainly, our city centre provides attractive commercial opportunities, but we have a planning system precisely because extracting maximum commercial returns is not seen as the only factor that should determine what happens. Decisions need to be informed by appropriate professional expertise, and in Edinburgh that must mean that officials with a deep grasp of conservation have a strong voice. Are existing policies providing sufficient protection for the townscape and topography that made Edinburgh a World Heritage city? Are they delivering the kind of city citizens want?

The city’s 2016 mid-term review of its 2020 Tourism Strategy highlighted “the critical importance of maintaining the city’s core assets, the historic city centre, World Heritage status and the Festivals”. It also sought to increase the number of visitors to the city by a third between 2012 and 2020, from 3.27M per year to 4.39M, and was ahead of that target, so the “stretch target” was upped to 4.8M per year. Several industry consultees urged more ambitious targets, and the review aspired to increase the industry’s influence over “bigger policy areas” and deliver strong branding and marketing. Neither the strategy nor its review undertook any proper analysis of the carrying capacity of the city in relation to tourist growth despite recognising the need for investment in infrastructure in transport, the public realm and in maintaining the “historic built environment”.

One consequence of the international growth in tourism and the successful promotion by the industry locally has been the proliferation of hotel developments, particularly in the World Heritage Site. The market has effectively excluded the option of affordable housing, and planning decisions have acquiesced, notably for key sites in the Old Town, and granted permissions. Hotels are now able to outbid offices too, placing the commercial sector under pressure.  There can be no doubt that tourism has contributed much to making Edinburgh a city where there is full employment, even if the profile of jobs in that sector is skewed towards the relatively low paid end of the spectrum. Some argue that levying “tourist tax” will affect tourist growth adversely, though it could also incentivise the city council to further boost support for the sector.

Civic Edinburgh has had very little say in the dramatic way in which tourism has impacted on the city over the past decade. Looking ahead, how do we want to see tourism develop? How might further growth be accommodated and what benefits will it bring, not just to international investors in the industry, but to residents of the city? What planning policies are needed to quality of the environment and diversity of uses that sustain the tourist industry, but are also threatened by its growth aspirations?

Edinburgh’s neighbourhoods also have their own identities, as recognised by the fact that there are 50 Conservation Areas in the city. However, outside the World Heritage Site, management plans only exist for Leith and Inverleith. Conservation Areas are popular with the public and are key to informing and delivering what has been called quality place-making. The Conservation Area Character Appraisal for each Conservation Area needs to be given weight in the proposed City Plan 2030 and in decisions on planning applications. Signage could enhance awareness of Conservation Areas and their unique qualities.

Why not build on the success of the Conservation Area concept to foster identity and respect for the history and special features of every area of the city? Is this something that could be taken up by Community Councils? Might the council promote Local Place Plans, using new powers in the Planning Bill that was introduced to Holyrood in 2017? How might citizens share ideas on strengthening local area identities, and how can such identities inform the making of plans and decisions on conservation and development?

While each area is unique, those districts where tenements are a key component need special care, because of the challenges of common repairs and accommodating on-street parking. How do we ensure the longevity and functionality of these neighbourhoods? Do we need a strategic policy-based approach to maintenance of existing buildings and areas? Are Edinburgh’s communities losing their individual identity?

Despite the many Conservation Areas across the city, most of Edinburgh is does not benefit from such designation. Investment is required to improve the amenity of these areas as well as necessary support to address significant issues such as fuel poverty, social deprivation and a sense of being left behind. Concerns also exist about the quality of new areas being built, whether they are private housing estates or peripheral business parks. Our aspiration should be the creation of places capable of the Conservation Areas of tomorrow. What scale of investment and what policy initiatives are required to improve existing areas? How can we improve the quality of the city overall?

Shops have been a vital part of our city, from the grand department stores on Princes Street to suburban supermarkets to the myriad of independent stops that give character to our local “town centres” and High Streets. However, retailing is being changed by online shopping and changing patterns of consumption. The demise of House of Fraser and the disposal of its premises at the West End encapsulates much wider trends in the sector, as well as posing some fundamental questions about the future of Princes Street itself.  New “experiences” or “lifestyle leisure” complexes are appearing, with perhaps the best example being the proposed the Johnny Walker Experience in the former Binns Department Store which is a brand experience rather than mere retail facility and mainly reliant on tourists rather than residents for its customers.

Similarly, space originally assigned to shops in the still uncompleted St James Quarter seems likely to be changed to “experience” attractions, and cafes and restaurants. The consented upward expansion of Waverley Market is not for retail, by for a range of food and drink experiences. On more traditional streets, a steady change from retail to office and service businesses has kept units occupied. In this period of change and uncertainty do we need an expert panel to plan and oversee the future of Princes Street, the most iconic street in Scotland? What policy responses are need to ensure that street levels units remain in use, supporting local community vitality?

An unconsidered outcome of the tourism drive has been the profusion of “tartan tat” outlets, or outside the historic core. Changes in other parts of the retail structure of neighbours has seen the rise of the charity shop. Who sells what in a shop is beyond any regulatory control, but the implications for not just vitality but viability of local communities is significant. How can the retail frontages on our streets be better regulated and managed? How can we enhance vitality on core streets on our neighbourhoods?

The spread of advertising on A-boards that clutter pavements outside so many commercial establishments has now been banned, largely on the grounds of safety than clutter.  However, the colonisation of pedestrian pavements continues to be a challenge, in particular for those with visual impairments or other disabilities. Narrow pavements in the centre are made narrower with litter bins, road signs, bus shelters, etc, or by pubs and cafes taking up half the width with tables for patrons (however civilising the café culture is). How can pavement space on traditional high streets or retail areas be better managed?

The 1980s and 1990s saw a huge expansion of big box retail outlets around the edge of Edinburgh, set amidst a sea of tarmac parking areas, and filled with chain stores. Such developments made Edinburgh a less unique place.  Present trends suggest that the best days of such behemoths may be behind them. Meanwhile empty units and charity shops have become familiar features of shopping street in many parts of town. Does the shift in taste towards “authenticity” open new opportunities for new uses in such premises? How might the vacation of different types of retail units in different parts of the city be used to foster new start-ups and creative industry hubs?