The director of a building company has been jailed for ten months after an excavator bucket he was operating killed an employee in Blantyre. 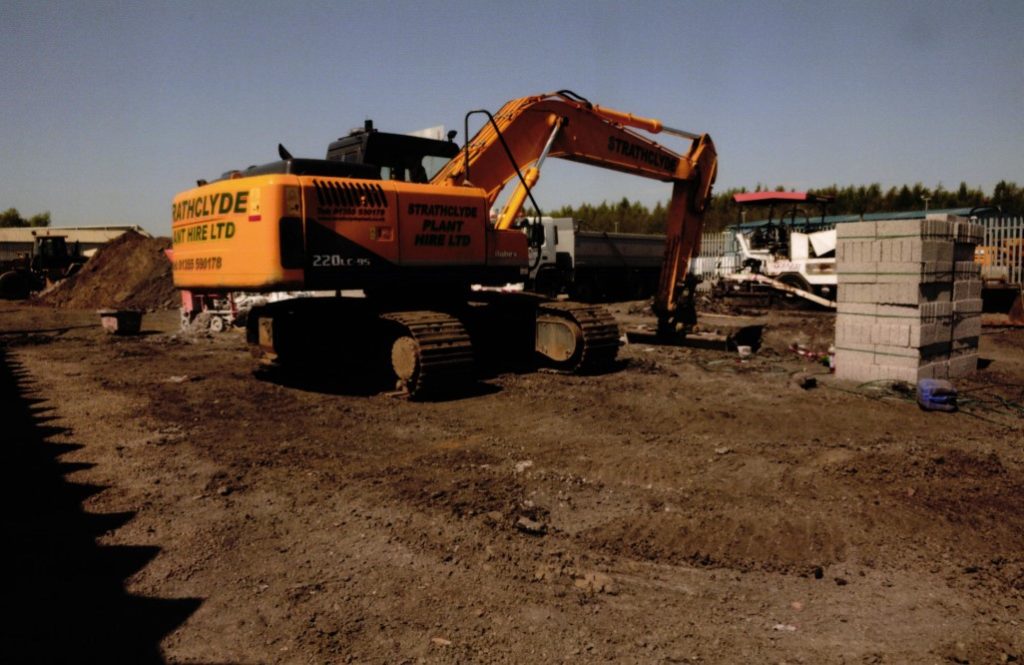 An HSE picture of the Blantyre site

Robert Harvey, sole director and employee of Front Row Builders Ltd, was sentenced after Nicholas Hall was crushed to death by an excavator bucket which Harvey was operating.

Hamilton Sheriff Court heard that Mr Hall was pinned against the wall of an excavation pit for a vehicle wash bay that was under construction for Peter Lawless Road Planing Limited at Whistleberry Road on 7 May 2016.

The work was being carried out by Front Row Builders Ltd employees to build a wall within an excavation. Mr Harvey operated an excavator to lower cement and blocks down into the hole for three other men who were working in the hole to use. He tipped the bucket to empty the mortar contents and shouted to Mr Hall to ‘scrape the rest out with a shovel’.

Mr Hall was pinned against the wall by the excavator bucket and died of blunt force injuries to his chest and abdomen.

An investigation by the Health and Safety Executive (HSE) found that Robert Harvey failed to undertake a sufficient assessment of the risks to those who had been instructed to work with him, he operated a long reach excavator without receiving the appropriate training or certification and he instructed Nicholas Hall, who was working within the excavation, to remove mortar from the bucket.

Robert Harvey of Glasgow pleaded guilty to breaching Section 7(a) and Section 33(1)(a) of the Health and Safety at Work Act etc 1974 and was given a ten-month custodial sentence.

Speaking after the hearing, HSE inspector Helen Diamond said: “Those in control of work have a responsibility to devise safe methods of working and to provide the necessary information, instruction and training to their workers in the safe system of working.

“If a suitable safe system of work had been in place prior to the incident, the death of this worker could have been prevented.”