Major plans to transform Dumbarton’s oldest building into a state of the art library and museum will be considered by councillors next month. 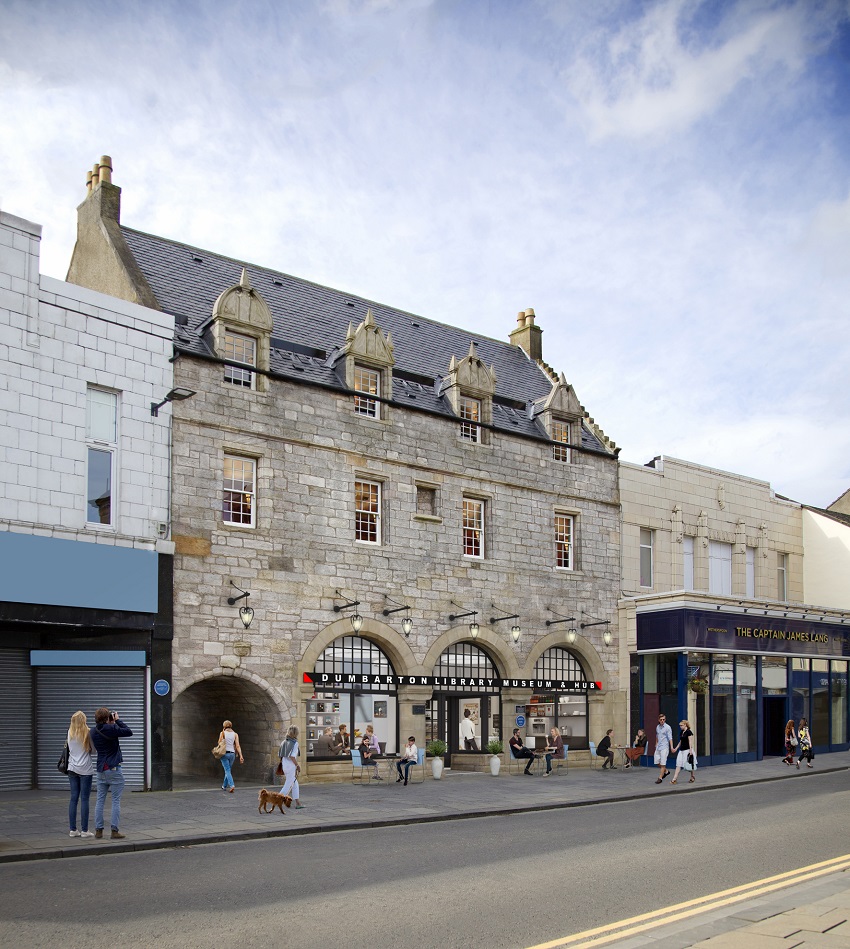 The ambitious proposal would also see the existing library at Strathleven Place become a community collections store and archive where the public could explore rare and important objects from West Dunbartonshire’s museum collections for the first time.

The £4.6 million project would see the vacant Glencairn House on Dumbarton High Street redeveloped as a purpose-built library and museum. Outline plans propose using the existing historic three-storey building, and adding a new four-storey extension to the rear with stunning views over the River Leven and Dumbarton Castle.

The building would include dedicated spaces for children and families, computer use and quiet study alongside a wide selection of fiction and non-fiction items in a variety of high-demand formats. A relaxing recreational space will also be included featuring a coffee station. The venue would also offer improved physical access, enabling level access via the main entrance on the High Street, with an internal lift to each floor.

The museum facilities would include an entire floor dedicated to local history floor and incorporating an exhibition space. This would be further supported by displays of artefacts throughout all floors of the building. Items that could be displayed regularly for the first time include a Roman Medallion from 193AD, the bronze ‘Skellat Bell’ from around 900AD, Sir Jackie Stewart’s Dubonnet trophy, and fine art from the Overtoun Collection.

Alongside the library and museum, the proposals would also turn the B-Listed building into a social hub, offering meeting and event spaces for community use as well as a flexible event area for exhibitions and public displays.

The current Dumbarton Library building would be transformed into a community collections store and archive, open to the public. This new facility would, for the first time, enable access to the stored objects and documents in West Dunbartonshire’s heritage collections. It would also create new and exciting opportunities for the local community and visitors to the area to engage with, explore and learn more about the collections. This includes access to a huge volume of documents that describe the history of the area such as a letter under the Privy Seal of James III; a charter signed by Mary Queen of Scots; and a Commission by King James VI to the Baillies of Dumbarton to apprehend and try persons suspected of witchcraft, signed by the King himself.

The proposals will be presented to councillors at a meeting of the Infrastructure, Regeneration and Economic Development Committee on 15 May. Officers are seeking permission from committee to undertake a public consultation to see if there is support for the project. This would begin in late May 2019 and last for three weeks.

Malcolm Bennie, strategic lead for communications, culture and communities, said: “Glencairn House presents a great opportunity for this Council to create a new library for Dumbarton, with purpose-built, modern facilities that are more accessible for residents. It would also provide a permanent museum celebrating the history of this area which is something the community has previously supported.

“In addition the proposal would protect the history and heritage of this area by giving a new purpose to the oldest building in West Dunbartonshire, and provide a new sustainable future for the existing library building.

“It is for councillors to decide if this is something they are interested in progressing to a public consultation. If they give approval then the engagement would allow local people to give their views and shape whether and how this proposal can be taken forward.”