A decision into plans by New Gorbals Housing Association to deliver an eight-storey block of flats on a city gap site has been delayed by councillors. 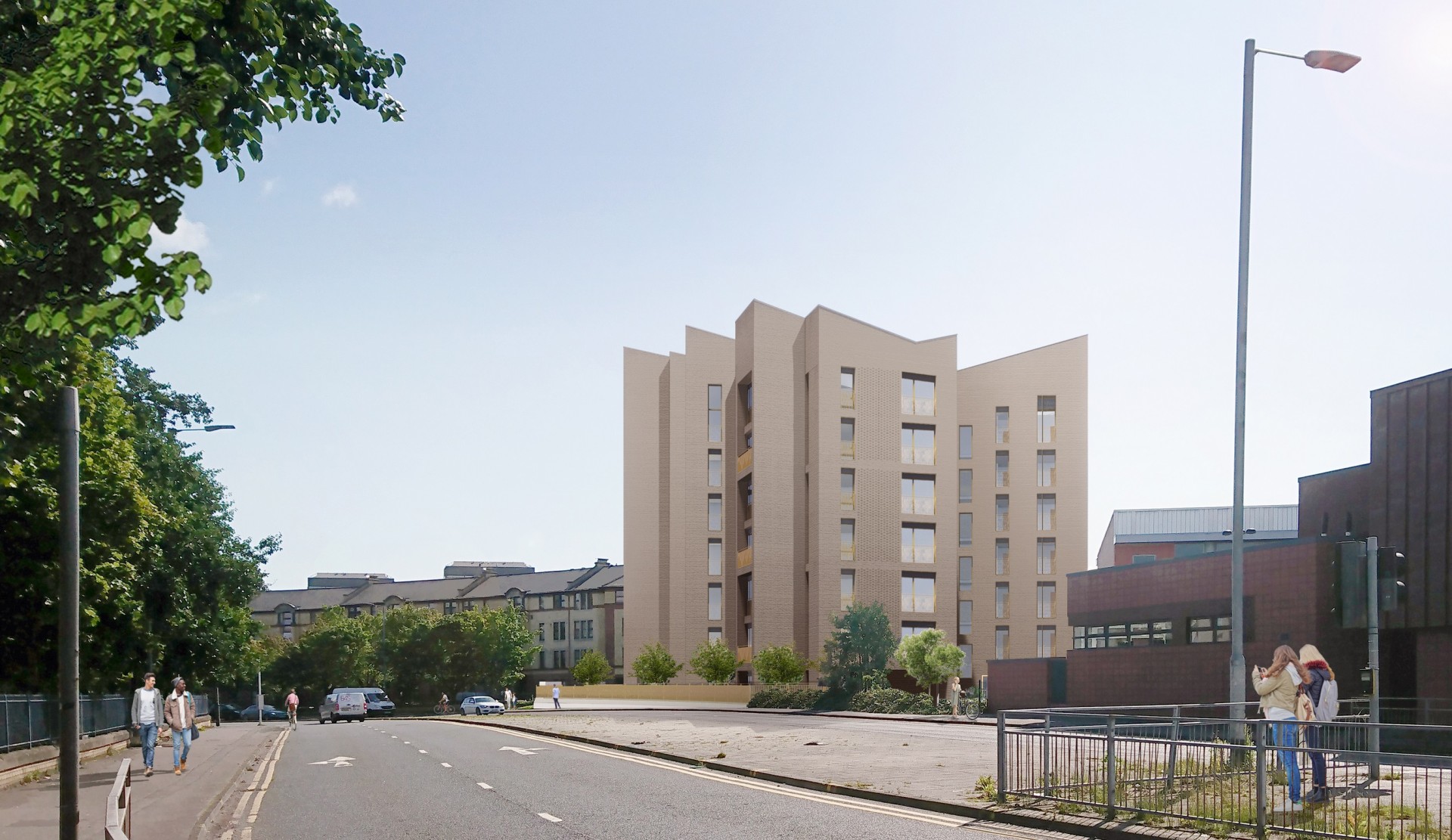 Under the proposals, the development at the junction of Crown Street and Laurieston Road would have 33 affordable apartments, 11 with two bedrooms and 22 with three bedrooms.

Planners had recommended the application for approval as it went before Glasgow City Council’s planning applications committee meeting on Tuesday, but committee members were split over the decision.

According to re:Glasgow, only three councillors voted in for approval, four voted for refusal and five said they wanted the application to be continued to allow further dialogue to take place with the applicant. 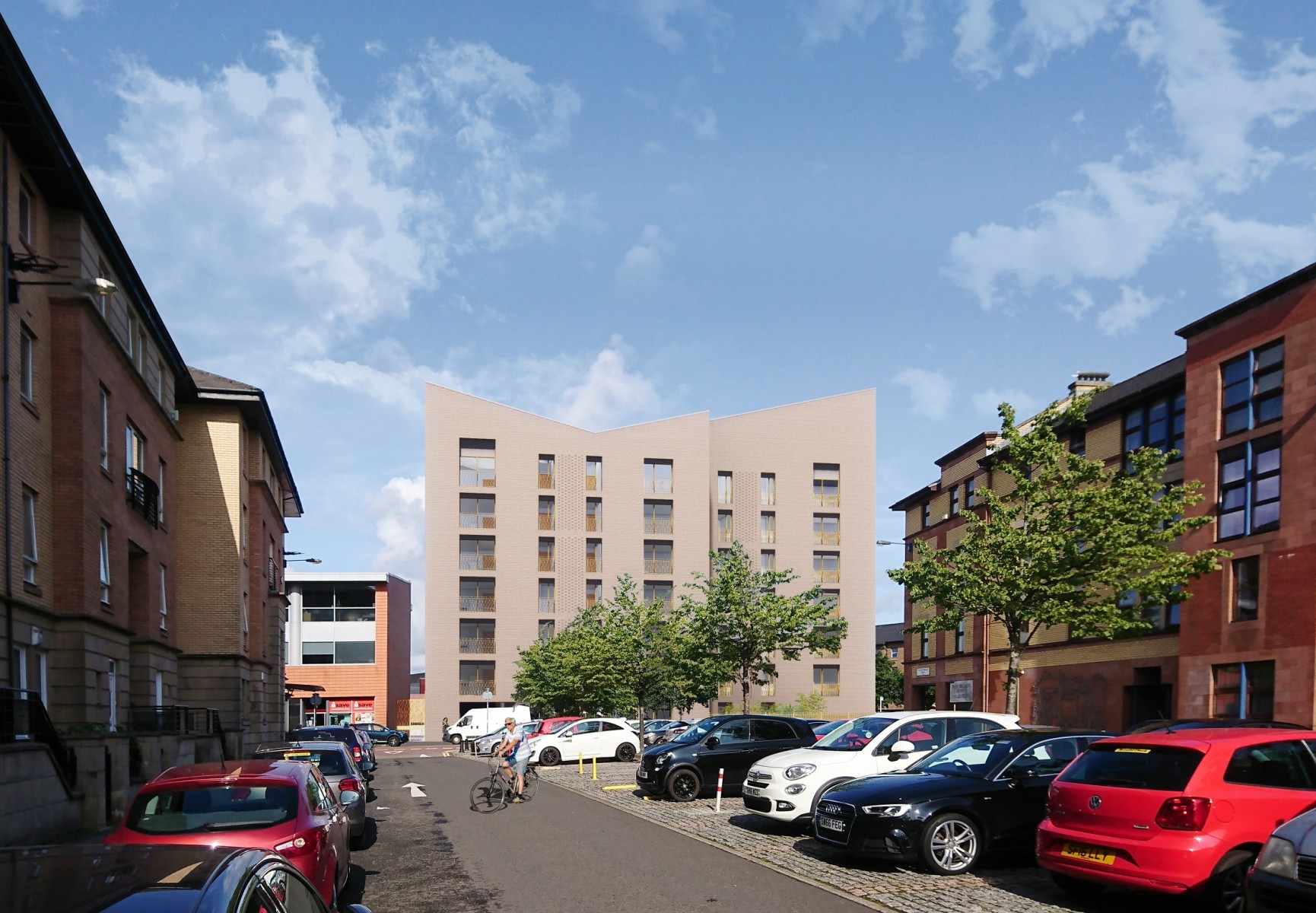 As none of the proposals had received the support of a majority of the members, the motion with the fewest votes was dropped and a vote was taken on the remaining proposals.

In their recommendation for the Page\Park-designed properties, planners stated: “The proposals have been appropriately scaled for the immediate context and have been designed to suitably respond to all public vistas.”

“The format of development proposed, whilst taller than the established datum of the wider area, reflects the intentions for the site to deliver a landmark building. The proposals have been appropriately scaled for its immediate context and have been designed to suitably respond to all public vistas. 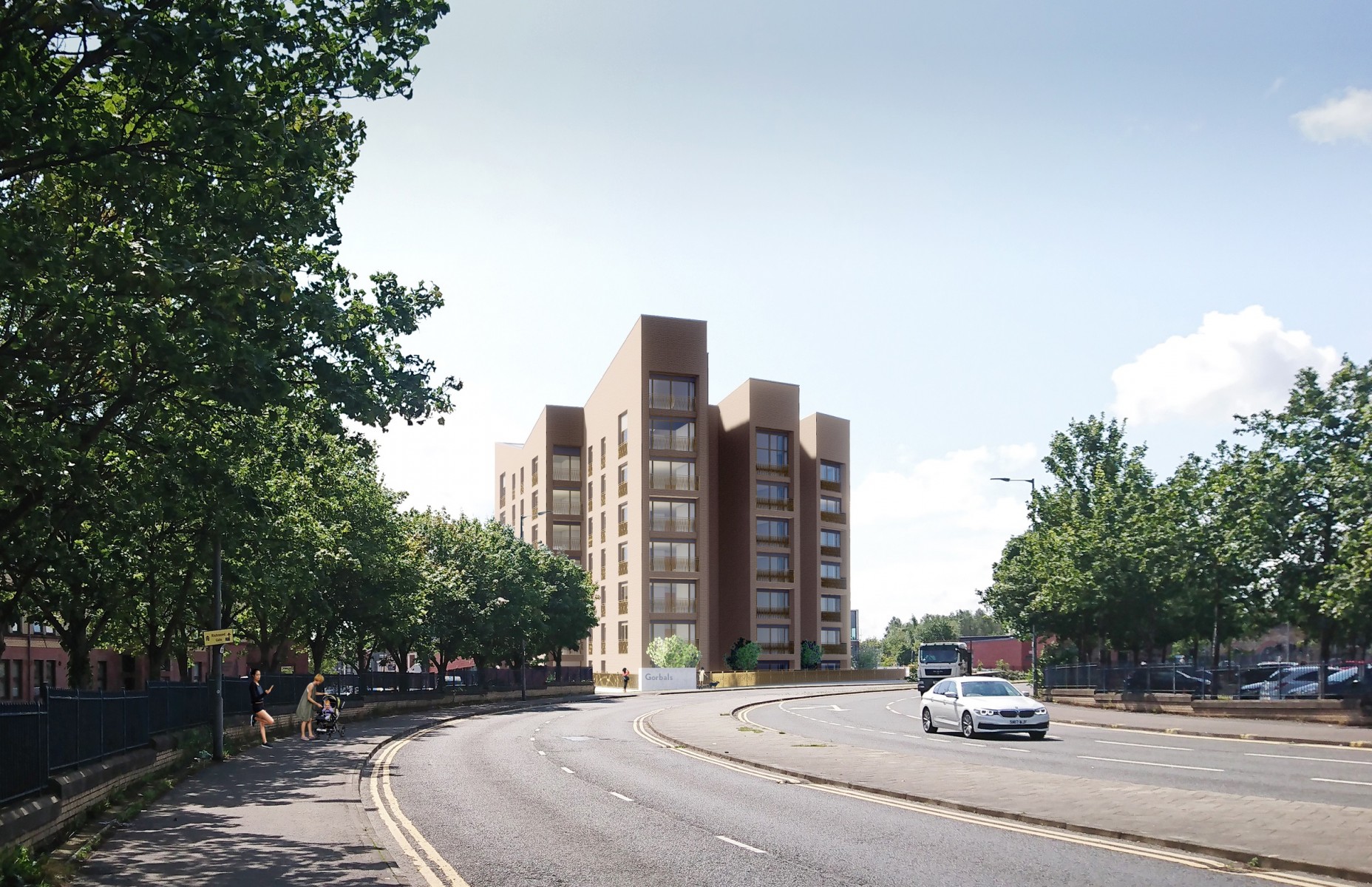 “The proposals will follow the established building line on Crown Street, which will ensure that adequate separation distances are achieved between opposing residential windows without any adverse impacts on daylight for neighbouring flats.

“Whilst the properties will be marketed as not having car parking provision, should any car parking demands arise, these can be accommodated in the associations existing private parking supply without any adverse impacts for their other residents.”

Twenty-three letters of objection — including a petition with 54 signatories — have been received by the council, raising concerns including the design and scale of the buildings, parking provision, loss of green space and overshadowing.