Edinburgh-based developer New Land Assets has lodged a detailed planning application for a hotel and retail project near to the Borders Railway terminus in Tweedbank.

The development at the corner of Tweedbank Drive and the main A6091 road would include a supermarket, coffee shop and petrol station and could create up to 100 job opportunities in the area. 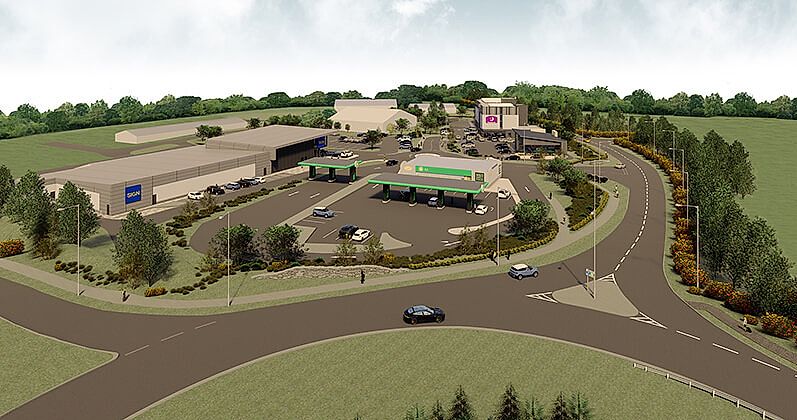 Hotel chain Premier Inn has confirmed it will manage the 71-bedroom hotel.

As well as Premier Inn, it includes a new BP filling station, with M&S Simply Food store and Wild Bean cafe, drive-thru Costa coffee outlet and a retail unit - although we’re still awaiting confirmation of who hopes to move in there.

Nick Johnston, Premier Inn acquisition manager, said: “It’s a promising time for the Borders, not least with the reopening of the Borders Railway, and we’re excited at the prospect of being part of the economic growth of the area.

“The Scottish Government’s blueprint for the Borders Railway aims to increase commercial and tourism development in the Borders and bringing Premier Inn and its associated benefits to the area aligns with this vision.

“The strategic location of the Borders Gateway development and its mix of uses make it a great site for a new Premier Inn hotel.” 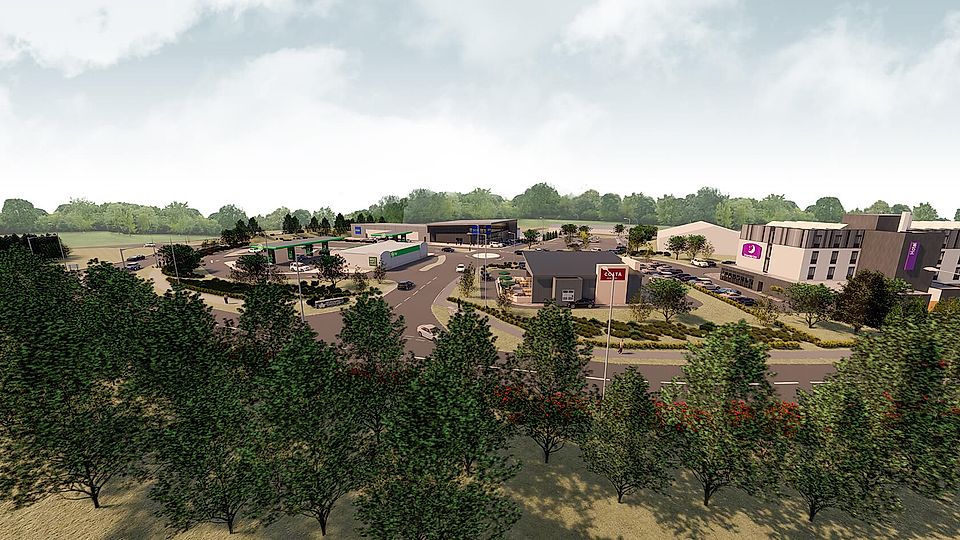 Duncan Hamilton, managing director of New Land Assets, said: “It’s great to be able to name the hotel operator. Premier Inn is a national brand that is recognised across the country and it will be the first Premier Inn in the Borders.

“Through our consultation local people recognised the need for more hotel accommodation and I am sure they will be delighted that we have secured such a strong brand to operate the hotel.”

Mr Hamilton added: “We are delighted at how the plans have been received by the Tweedbank community and the positive feedback we have received since we announced our plans earlier this year. We have listened carefully to the feedback and made some changes to the plans which have been backed by a range of local businesses.”

If the application is approved in the New Year, it is hoped work could start soon after and be completed by the start of 2020.