Glasgow City Council’s decision to reject plans to transform the city’s landmark Lyceum Cinema into a cinema, concert hall and restaurant has been upheld on appeal. 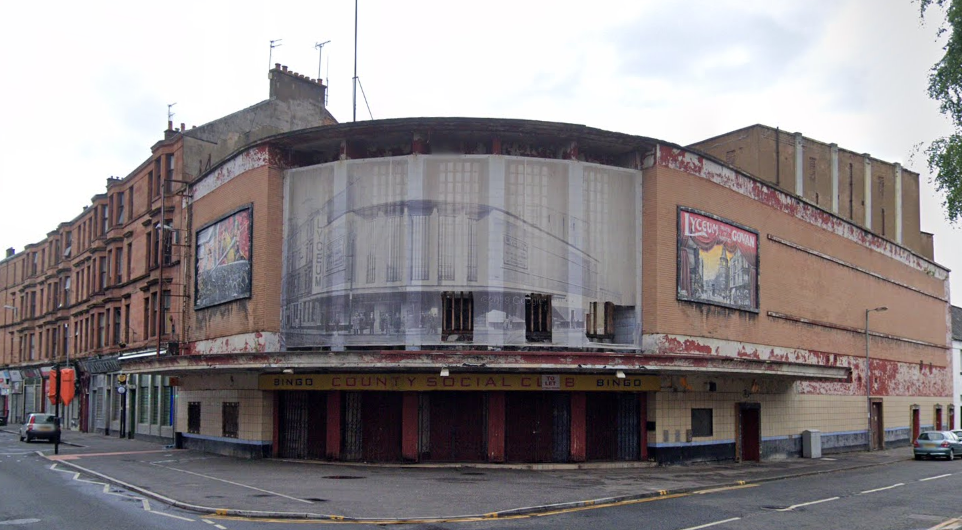 Building owner Versatyle Ltd’s application for the vacant B-listed Art Deco building, including a first-floor cinema with nearly 500 seats, was rejected by councillors last year and is now subject to appeal.

However another appeal, over refusal of listed building consent for internal and external alterations, has now failed.

In her report, Amanda Chisholm, a planning expert appointed by the Scottish Government, stated: “I consider that the proposals retain much of the original plan form of the listed building. However, while the proposals for the foyer would return it to its original shape, they would materially affect its original function and composition.

“I also have concerns about the proposed amendments to the building’s corner elevation, as well as its Govan Road and McKechnie Street facades. Taken together, I find that the proposals would adversely affect the listed building’s features of special architectural or historic interest.

“While I understand from the evidence before me that there has been significant damage to and decay of the building’s interior features since it closed, a clear understanding is required of what remains, what is to be removed and why, and what is to be retained.

“I therefore consider it likely…that there could be additional damage and loss of key features which, once lost, cannot be replaced. In light of this lack of information, I find that there is considerable potential for adverse effects on the listed building’s features of special architectural or historic interest.

She added: “This building is in a prominent position in the Govan Conservation Area on the corner of Govan Road and McKechnie Street. The Conservation Area Appraisal describes it as presenting a ‘dramatic curved frontage to the street: an impressive 20th century classic cinema form within the 19th century townscape’.

“I consider that the proposed use of roller shutters on the McKechnie Street façade would result in visual clutter. In addition, the proposal to paint the whole of the building’s exterior would diminish the interest of the building within the streetscape.

“Taken together, I find that these effects would be to the detriment of the character and appearance of this part of the Conservation Area.”