Work to demolish a dilapidated Dundee pub and replace it with new homes is set to get underway once lockdown restrictions lifted, developers have confirmed. 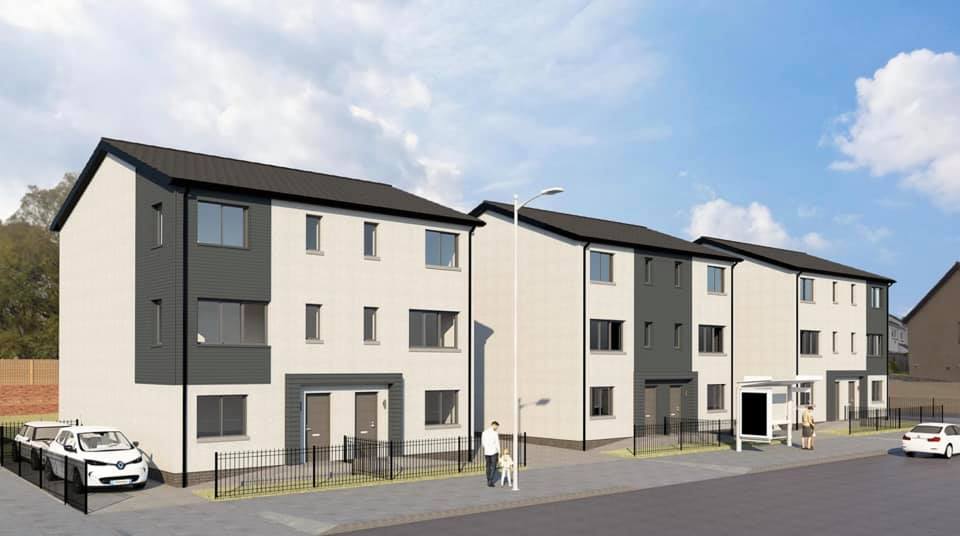 The site of the former Jimmy Shand pub on Dickson Avenue is set to be transformed into six, four-bedroom townhouses.

A new image has been released by agent Jon Frullani Architects, which submitted the plans to Dundee City Council in June.

West Developments (Scotland) confirmed that the project is set to begin later this year.

Director Barry Galloway told the Evening Telegraph: “We are delighted to announce that the development will be progressing as soon as current restrictions allow with a view to being fully completed in 2020.

“The renders provided by Jon Frullani Architects have given us a sense of excitement and goes to support what will be a popular and exciting development of bespoke four-bedroom townhouses.

“Indeed, a soft release on social media platforms has led to early reservations which gives West Developments, and its local workforce, the impetus to progress as soon as possible.”