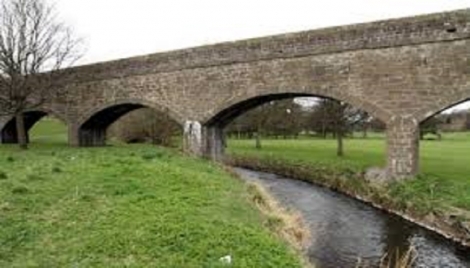 The £1 million restoration of a landmark bridge over the Dighty Burn in Dundee has recently seen it re-open to the public.

Completed in two phases between 2019 and 2022 the Finlathen Viaduct, which was damaged by water saturation, is now fully open.

Mark Flynn, convener of Dundee City Council’s city development committee, said: “This major project has restored what is a much-loved and well used local landmark to its former glory.

“We wanted to be sure that that the bridge’s structure was sound along its entire length, so after phase one was successfully carried out to the south of the Dighty, a second phase tackling the north of the burn was agreed.”

Local contractor Dundee Plant Co Ltd carried out the work to reconstruct and refurbish the 80m length of the bridge, including pointing of all stonework and improved surfacing.

Historical records reveal that the 152m structure was put up by the Dundee Water Company between 1846 and 1847 to carry the first water pipeline from Monikie over the Dighty valley to Dundee.

The deck of the striking 13-arch structure was originally covered with turf to keep the water pipes cool in summer and above freezing in winter. By the middle of the 20th century it had been opened as a footpath and surfaced with tarmac, following requests from Fintry residents.

Steven Rome, depute convener of the city development committee, added: “It is great to see this much-used bridge re-opened and restored to its former glory.”