A rare and exceptional example of post-war theatre design in Scotland has been recognised after Historic Environment Scotland (HES) today granted Dundee Repertory Theatre with A-listed status for its special architectural significance. 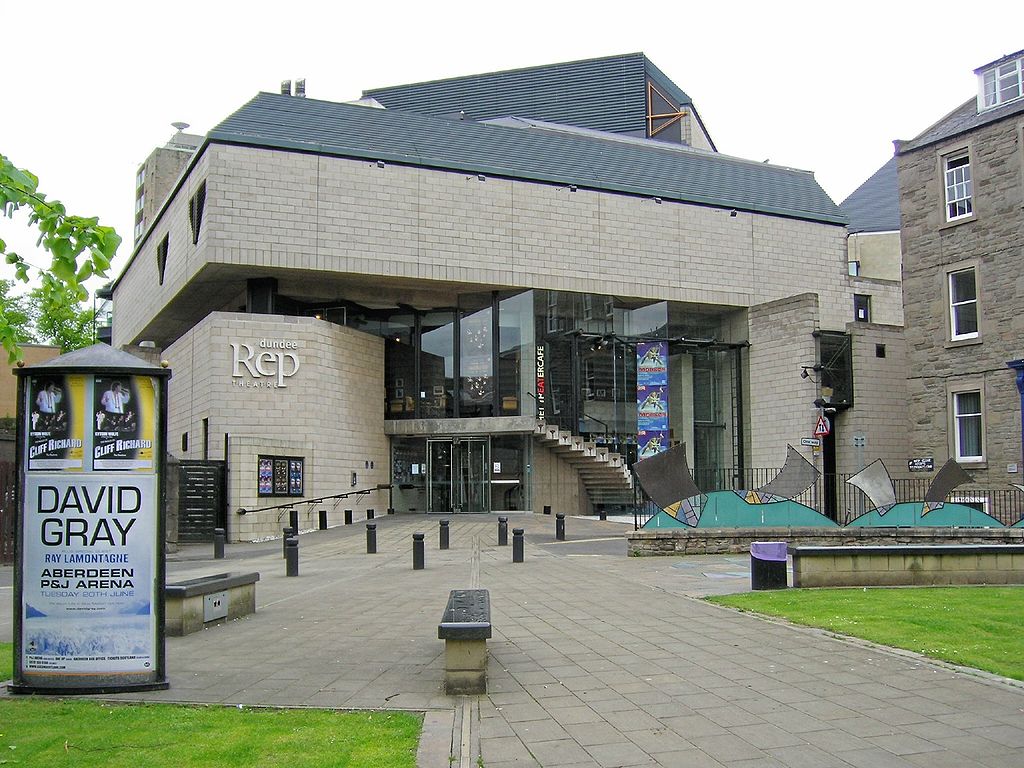 Built in 1982 and designed by local practice Nicoll Russell Studios, the theatre has been listed in recognition of its exceptional design quality, as well as its contribution to civic life, society and culture in Scotland in the late 20th century.

The decision follows a six-week consultation that was launched in December to gather views from people with an interest in the building.

Dara Parsons, head of designations at HES, said: “We are delighted to add the Dundee Repertory Theatre to the list of Scotland’s most significant buildings. The building has long been recognised as an exceptional piece of architecture and an important cultural hub.

“I would like to thank those who responded to our consultation. The feedback we received emphasised the importance of Dundee Rep as a repertory theatre, and it was clear from the comments that Dundee Rep is widely appreciated as a unique and cleverly designed building that is striking both inside and outside, as well as an important cultural hub in the heart of the city’s arts quarter.”

Dundee Rep’s artistic director & joint CEO Andrew Panton and Liam Sinclair, executive director & Joint CEO, said: “We are thrilled to hear that our unique and much-loved building is being considered in this way for its special architectural and historical significance. We are very proud that over the course of eight decades, Dundee Rep Theatre has been at the heart of the community here in Dundee, and for the last forty years our building on Tay Square has been instrumental to that success; becoming an important hub for engagement in the city, welcoming audiences from all over the world and housing our two award-winning dance and theatre ensembles.”

Dundee Rep Theatre is a rare example of a modern purpose-built theatre in Scotland, one of only three major Scottish theatres built during the post-war theatre building boom that swept across Britain from the 1950s to the mid-1980s.

While largely dictated by the restrictions of the small site, the arrangement and geometry of the layout combines the aspirations of new post-war theatres, such as openness and accessibility, with modern design principles. The building received a civic commendation from The Civic Trust Awards in 1984 and was awarded the RIBA Architecture Award in 1986.