A £100 million development plan for homes and businesses at the former IBM site in Greenock is to go on public display later in October. 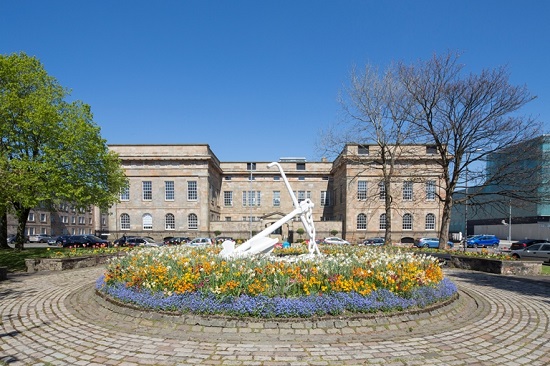 Sandy and James Easdale purchased the 70-acre site through investment arm Arranglen for £1.5m in 2018 and earlier hired Barton Willmore to design the Spango Valley site.

The Greenock-based businessmen are working towards the submission of a planning application in the new year for the mixed-use development of the northern half of the former IBM factory site on Inverkip Road.

The Herald reported that a spokesman said indicative assessments include a provisional area for residential development delivering potentially up to 400 homes on nine hectares, with the area for business development on four hectares.

The plans for the site will show the plans for associated roads, access, open space and landscaping proposals.

The plans for the development include a railway station, although trains do not currently stop at the site.

The public exhibition events will be held on Wednesday, October 23 and Tuesday, October 29, both from 2-8pm, at St Andrew’s Church hall, Auchmead Road, Greenock.