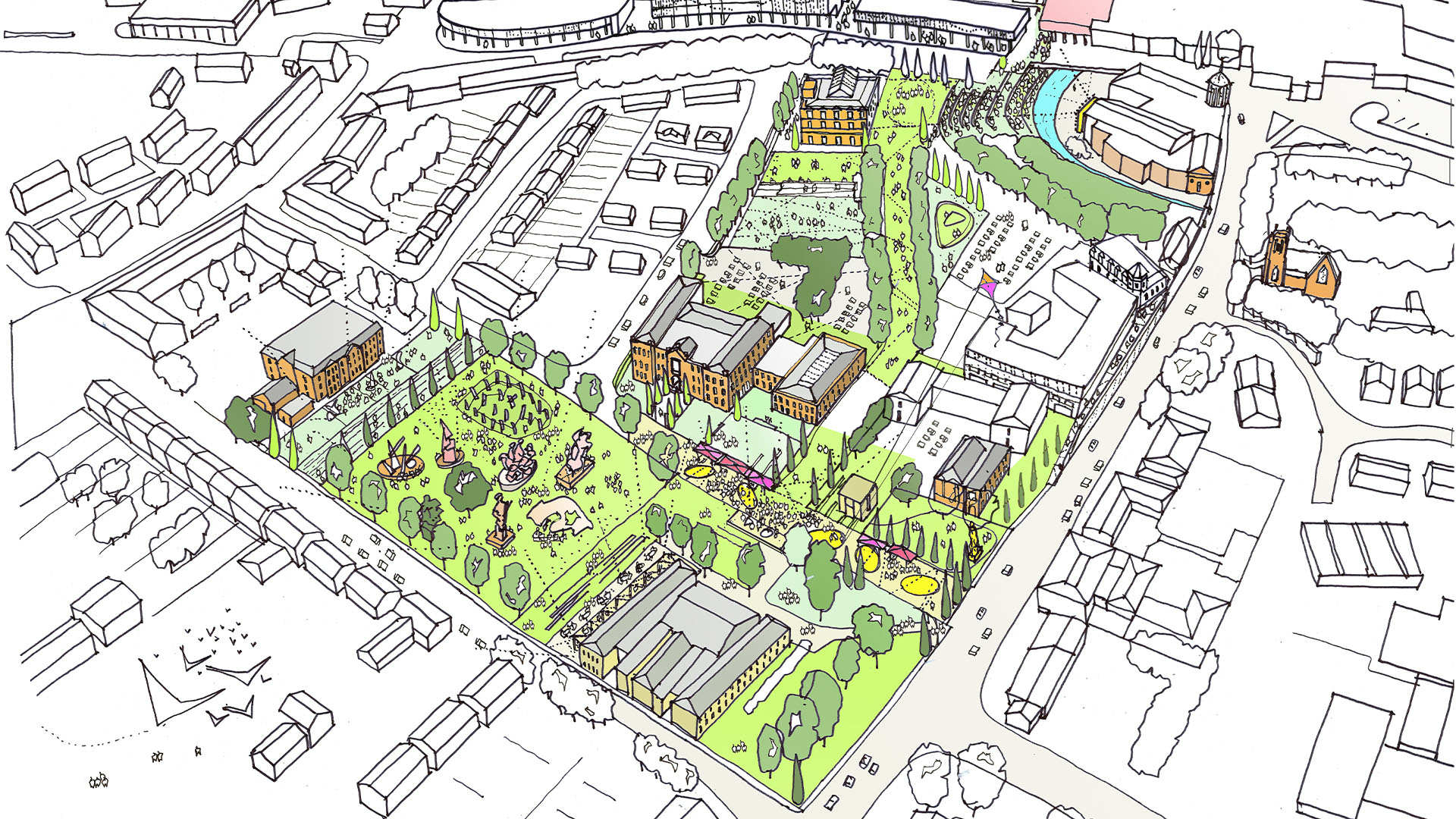 Masterplans for the Kilmarnock Cultural Quarter by Keppie Design

Bellfield Interchange and Cultural Kilmarnock have been selected by East Ayrshire Council as the projects that will benefit from its £30 million bid to the UK Government’s Levelling Up fund.

The UK Government announced Round 2 of the UK Levelling Up Fund in March 2021, focusing on economic recovery with specific emphasis on infrastructure investment, community renewal and town centres and cultural assets. The Levelling Up Fund provides £800m for capital investment for Scotland, Wales and Northern Ireland that local authorities can bid for.

Under the rules of the Fund, the council, which crosses two Westminster constituencies, can submit up to two bids with a maximum value of £20m per application. There is also provision for the council to submit one large-scale transportation bid and one large-scale cultural bid with a value of between £20m and £50m.

Following extensive assessments of the criteria, two applications have been developed to the bid stage.

Bellfield Interchange is the most important traffic junction in East Ayrshire but is recognised as having significant capacity and safety challenges that need to be addressed to support strategic development and investment locally, which is addressed through the East Ayrshire Local Development Plan 2.

The Ayrshire Roads Alliance has developed options for improvements to journey times, allow for increased capacity and deliver safety improvements. This includes introducing traffic lights, removing hard verges to increase the road width to introduce a third lane and constructing a separate pedestrian/ cycle bridge to support connectivity between Kilmarnock and Hurlford.

Cultural Kilmarnock is an extensive project that involves an area to the east of the town centre and includes culturally significant buildings including the Palace Theatre, Grand Hall and the Dick Institute. The design proposals include improvements to the accessibility and energy efficiency of the Palace Theatre and Grand Hall, improving its performance as a regional theatre and concert hall. The proposals also aim to improve pedestrian connections between cultural venues and the town centre through green spaces and improvements to the public realm.

This project is being developed in partnership with East Ayrshire Leisure and will link into the Kilmarnock Town Centre Strategic Regeneration Framework developed under the East Ayrshire Local Development Plan 2. Key partners including Celebrate Kilmarnock and Centrestage will be involved throughout the design process.

Councillor Douglas Reid, leader of the council said: “If our applications to the Levelling Up Fund are successful, this would lead to significant investment in the area’s cultural and transport infrastructure, which would in turn bring significant economic, social and environmental benefits to East Ayrshire. Both bids will be developed further, with our partners and submitted prior to the deadline of Wednesday 6 July.

“We are also looking at future bids and are developing a proposal for an application for the Doon Valley, which will complement the proposed Doon Valley Community Campus. This bid will enhance existing projects and infrastructure delivered through the Coalfield Communities Landscape Partnership Project (CCLP) and the Galloway and Southern Ayrshire Biosphere, linking to Loch Doon, the Galloway Forest Park and North Kyle Forest Masterplan to create economic regeneration through outdoor sport, leisure and tourism.”