A multi-partner plan involving the Port of Cromarty Firth has been launched to establish a green hydrogen hub in the Highlands that will see Scotland lead the world in hydrogen technology. The North of Scotland Hydrogen Programme aims to develop a state-of-the-art hub in the Cromarty Firth to produce, store and distribute hydrogen to the region, Scotland, other parts of the UK and Europe.

One of its projects will provide distilleries in the region with hydrogen. A feasibility study will begin this month and is due to be completed in June. It is being privately funded by partners including ScottishPower, drinks giants Glenmorangie, Whyte & Mackay and Diageo and Pale Blue Dot Energy who are also leading the project.

Green hydrogen is created using electrolysers powered by electricity from renewable sources. Power would be supplied from current and future wind farms off the coast of the Cromarty Firth, as well as onshore schemes, and fed to the hub.

Bob Buskie, chief executive of the Port, said such a hub would provide “a massive boost to Scotland’s ambitions of decarbonising its economy and establishing itself as global leaders in green hydrogen technology, a sector still in its infancy”.

The delivery of green hydrogen to Glenmorangie, Whyte and Mackay and Diageo will give them the opportunity to decarbonise the heating of their distilleries and maltings, which are situated close to the Cromarty Firth. This would be achieved by using hydrogen as a substitute for fossil fuels to create the energy needed to make steam so the distilling process can be achieved.

Bob Buskie added: “In the short term, we have a number of local partners with vast experience in hydrogen, distilling and utility provision who want to decarbonise their operations. And in the long term, there is a huge opportunity to decarbonise Highland industry, transport and heat, as well as exporting green hydrogen to other parts of the UK and mainland Europe, which doesn’t have the same offshore wind capacity as Scotland.”

Sam Gomersall, hydrogen champion at Pale Blue Dot Energy, leaders of the feasibility study, commented: “Scotland has the potential to be a global forerunner of green hydrogen production on a massive scale. It cannot be underestimated the hugely positive effect this would have on Scotland’s decarbonisation plans, as well as on jobs and the economy.”

Up to 15 new offshore wind sites are due to be developed in the coming years, with a significant number of the schemes on the ‘doorstep’ of the Cromarty Firth. That, along with the Port’s deep waters, established facilities and location at the end of the gas grid and in close proximity to large amounts of renewable energy, make the area perfect for a green hydrogen hub.

Scotland’s Energy Minister, Paul Wheelhouse, said: “It is clear that hydrogen will not only help us end our contribution to causing climate change, but could also create significant economic opportunities in Scotland and, in helping sustain new economic opportunities in a port that has a long track record as a supply chain hub for offshore energy developments. It will also support the Just Transition of the North Sea supply chain. The North of Scotland Hydrogen Programme is an exciting example of collaboration and regional hydrogen innovation required to realise the significant economic and environmental potential that hydrogen presents in Scotland.

“Our Hydrogen Policy Statement, published last year, highlights the importance of the development of regional hubs of hydrogen activity and innovation which will be central to ensuring we can make the most of Scotland’s massive potential in this new sector – a sector in which Scotland looks likely to have a significant competitive advantage.”

Barry Carruthers, ScottishPower’s hydrogen director, said: “The North of Scotland Hydrogen Programme is a flagship project, showcasing how partnerships across energy and industry can deliver long-term, sustainable solutions for areas where electrification can’t reach. The Highlands of Scotland have been at the heart of the renewable energy revolution over the past two decades and now they look set to be at the centre of the green hydrogen revolution. We look forward to working with our partners on this project and begin our wider work to deliver green hydrogen across the UK.”

Dr Peter Nelson, operations sirector at The Glenmorangie Company, commented: “We enthusiastically support the development of the Green Hydrogen Hub on the Cromarty Firth. This would be an important stepping stone to provide a green energy resource for the whole of the North Highlands. The region has huge potential to generate renewable energy and the hub will ensure the region potentially becomes a centre for this emerging technology, providing an essential ingredient of the energy mix for a sustainable future.” 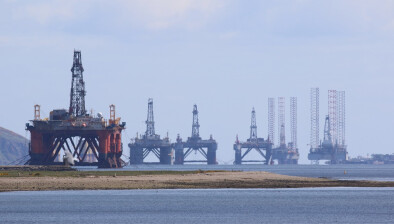 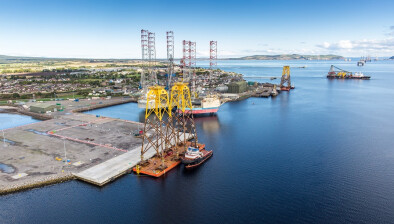 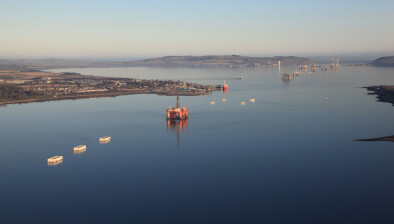 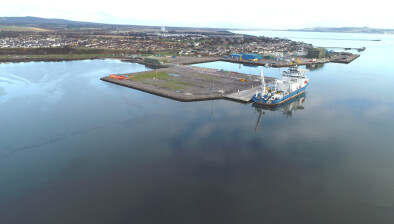