New designs aimed at turning Paisley’s Abbey Close into an expanded outdoor events venue and improved public space have been published ahead of a public consultation. 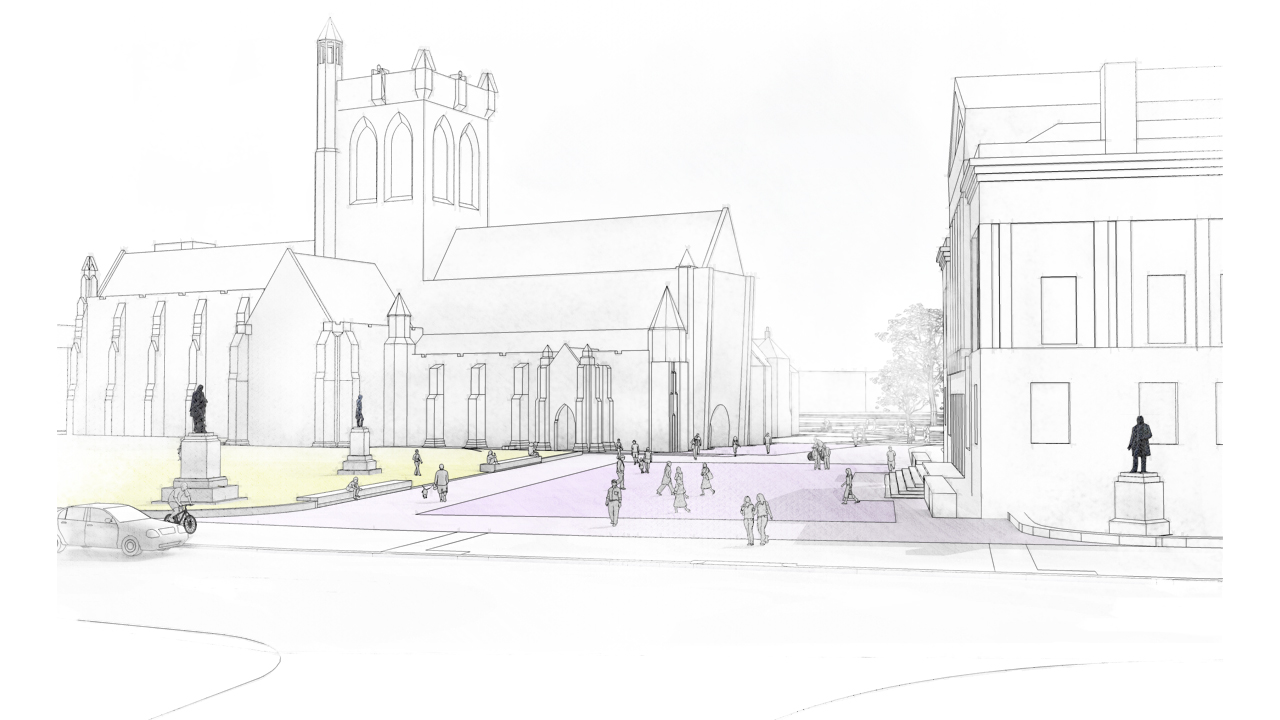 The planned changes will create a more attractive outdoor space around the town hall and Abbey, allowing people spend time in the shadows of two of the town’s most iconic buildings.

The work would see an expanded paved area in front of the town hall – removing the current ‘D’ shape – increasing the capacity for events such as the Halloween and Food and Drink festivals.

They also include new high-quality paving and lighting, removing some boundary walls to make the space more accessible and open, and adding new seating.

The proposed designs were based on feedback from an initial consultation in 2019 which asked the public what they wanted from Paisley town centre’s open spaces.

The statues of Alexander Wilson and Robert Tannahill would be repositioned but retained in prominent spots close to their current locations overlooking the town hall.

Residents and businesses can have their say on the proposed designs here. 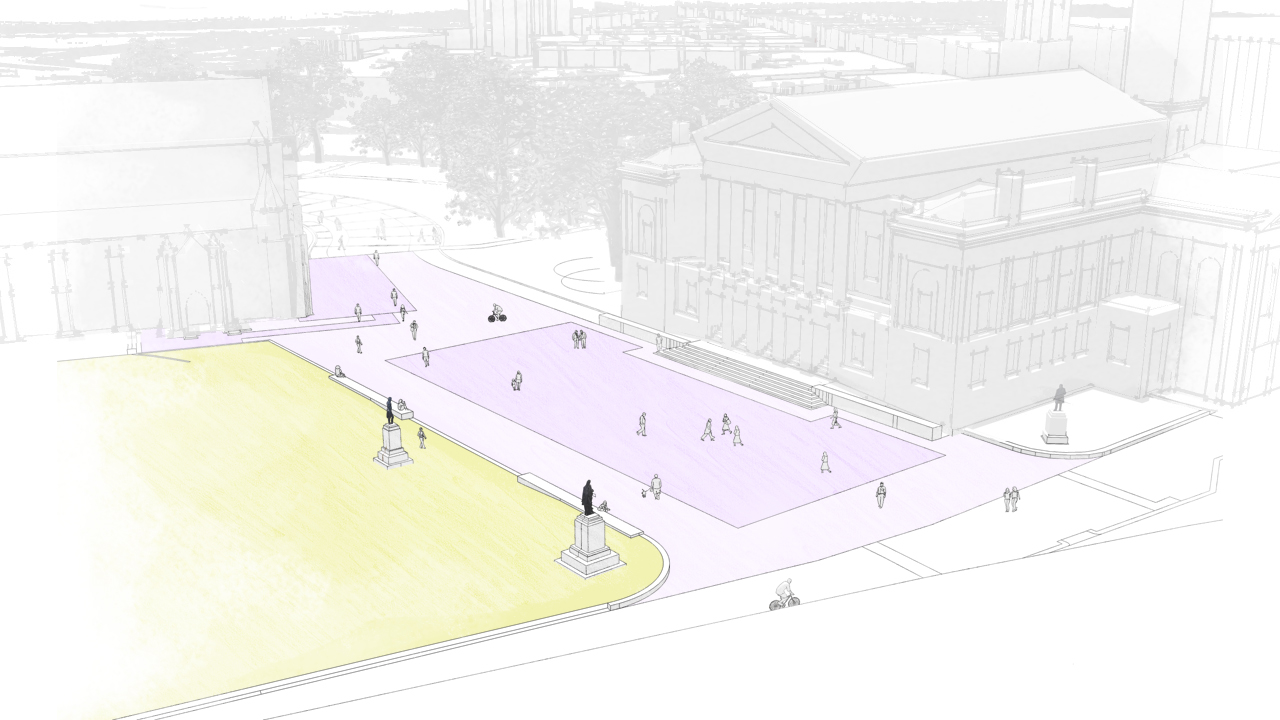 The work is part of the wider push led by Renfrewshire Council to use culture and heritage to drive new footfall to the area, and includes the ongoing work to turn Paisley Museum into a world-class destination and Paisley Town Hall into a landmark entertainment venue.

The Abbey Close improvements are planned to be complete for the town hall reopening and will allow venue activity to expand outside into the space at the entrance to the building.

Renfrewshire Council leader Iain Nicolson said: “The last year has shown us that high-quality outdoor space will only be more important in future.

“While the major events were postponed in 2020 due to the pandemic, visitors to them and our reopened town hall will play a part in the area’s economic recovery in the years ahead.

“When we last asked the public’s views on Abbey Close in 2019 they told us they valued its architecture and scenery but felt it could be improved – the designs are based on that feedback.

“I would encourage members of the public to go to the council website, read more about the proposals, and let us know what they think”