Plans to build 160 new homes in Cairneyhill, located on land south of Pitdinnie Farm, have now been submitted to Fife Council. 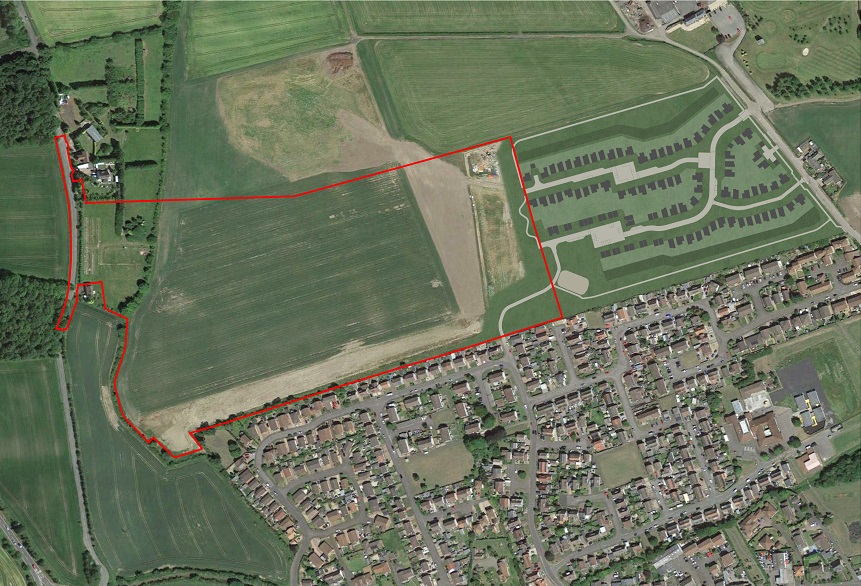 Councillors will be asked to back the plan submitted by Avant Homes at an upcoming meeting.

The proposals consist of approximately 150 new homes ranging from three to five-bedroom houses, including family and affordable housing. These plans will form Phase 2 of Avant’s residential development at Pitdinnie Road.

A report for the developer reads: “As well as providing a range of high-quality new housing, the new development will provide a number of benefits to the village, including new links to the surrounding core path network, additional safe routes to school and the introduction of areas of open space and landscaping.

“New drainage infrastructure will also provide a sustainable and long-term solution, which will benefit both new and existing residents.”

It adds that the proposed site of the new homes is located within a popular area for commuters, including people who work in Glasgow, Stirling, Falkirk and Edinburgh.

The report also mentions the number of nearby amenities, stating: “The site is well placed to take advantage of a number of local amenities, both within the village of Cairneyhill and within neighbouring towns and villages.

“Cairneyhill Road, which lies around 300m to the south of the building site, contains a pub, restaurant, store, garden centre, post office and filling station.
“Further shops, eateries and healthcare facilities can also be found in Crossford and Dunfermline, which lie around two and three miles to the east of the site.”

Avant Homes has proposed a variety of house types, ranging from three-bedroom terrace/semi homes to up to five-bedroom detached houses. At least 25% of the new homes would be classed as “affordable housing”.

The developer said that affordable housing will consist of terraces, semi-detached, cottage flats, bungalows and detached homes, varying in size from two-bed to five-bed.

The majority of the homes will be three and four bedrooms, with plans for seven five-bedroom detached properties.