Filip Stefanovic: Spillover effects - how the construction industry can stem water pollution at the source 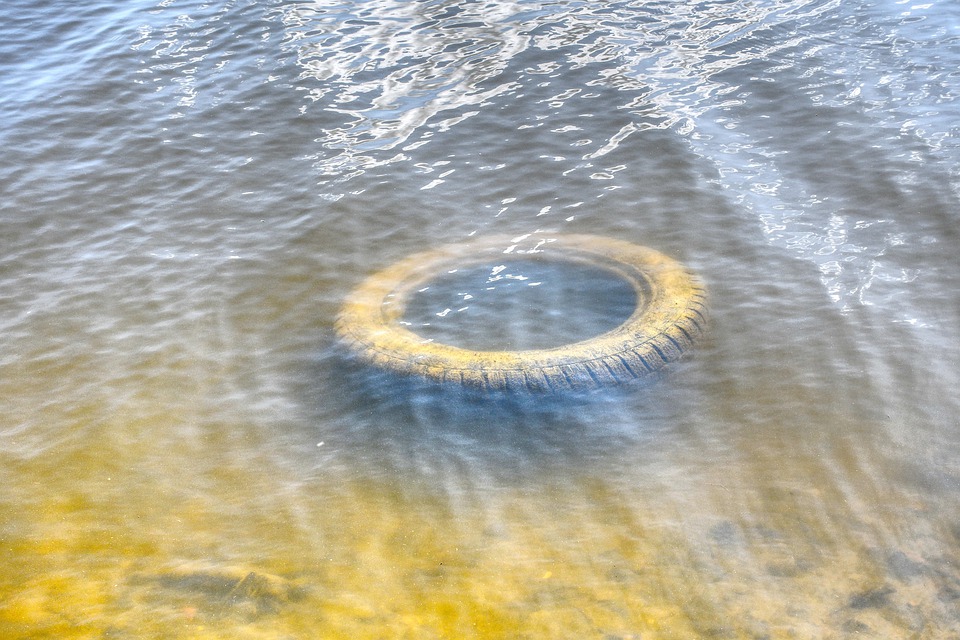 Filip Stefanovic, head of engineering at Ecocoast, discusses the construction industry’s obligation to protect the water in the area of construction, and how this can be done.

As with all industries, the construction sector is responsible for its fair share of greenhouse gas emissions, accounting for 10% of global energy-related CO2 that is released into the Earth’s atmosphere annually. However, emissions are not the only challenges facing the industry as it sets targets to transition across into the new, green economy.

Last month, residents of Narragansett Bay, New England’s largest estuary, witnessed another of the increasingly regular storms that has been afflicting the region over the last several decades. The rain on its own was not the problem, necessarily, it was what the rain was carrying that concerned locals.

Through standard longitudinal monitoring, environmental scientists working in Narragansett have noticed a trend: pollutants and toxic chemicals have begun to accrue in the bay at a concerning rate. Though the more frequent rainstorms are undoubtedly an important factor, they are far from the whole story.

Recently, the estuary’s watershed has witnessed a rapid increase in development, with several building projects taking place delivering much needed housing to the area.

One of the largely invisible impacts of construction projects, however, is that, in order to lay the structure’s foundations, the site’s vegetation and topsoil must be stripped. Grass and soil act as a natural barrier to runoff from reaching bodies of water, but when they are removed, this can exacerbate the polluting effects of rainstorms. This in turn imperils the health of not only the wildlife that depends on the estuary and the habitat that it provides, but also the people who fish there, who grow vegetables in the soil surrounding it, and whose lives and health are so inextricably linked to it.

Water pollution is a common environmental impact of construction projects – as seen in Narragansett. Fortunately, however, this is becoming less true with time. The industry has acknowledged that water pollution poses an immediate threat to the health of ecosystems and people, and is an issue that must be given equal consideration to carbon emissions when discussing what the buildings construction industry’s goals and priorities for change should be going forward. It has therefore begun to make moves to reduce its environmental impact.

Water pollution from construction activities comes in several forms. Substances such as silt, fuels, cement, adhesives, solvents and paints are only a small number of examples of the types of chemicals and materials that can enter our water systems and severely disrupt aquatic life and, in some cases, end up in our drinking water or food. This is a phenomenon that can be amplified by rainfall, which has the effect of mobilising these substances and dispersing them into surrounding areas.

Concrete pollution is a particularly pervasive and challenging issue for the industry. The pH of concrete wash water is incredibly high – typically 12 to 13, which is equivalent to the pH of oven cleaner. Preventing concrete wash water from entering waterways is essential, as it takes 10,000 litres of water to get 1 litre of concrete wash water with a pH of 12 to an acceptable pH of 8 - making dilution of water after the fact neither affordable, sustainable nor practical.

These substances can enter the water system through several channels, such as collection through drainage systems, seeping into soil or running directly into lakes and rivers. However, though this is a well-known phenomenon, whose mechanisms are well understood, there are, as of yet, no standardised frameworks to minimise this type of pollution.

Construction is an absolutely vital industry upon which we are all reliant for safe, quality buildings, housing and infrastructure, but as countries strive to meet their climate obligations set out under the Paris Agreement and to reduce their footprint on the planet, the construction industry will also need to strive to protect the water systems and aquatic habitats from the unintended consequences of its work. Construction companies can simultaneously build the foundations for our communities, whilst ensuring that these foundations are sustainable.

A growing number of industries are beginning to recognise their impact on the environment, and the many ways in which this occurs. But, of course, change cannot happen overnight. Not every business has the expertise or the resources immediately at their disposal in order to take the steps that they would like, or to even know where to begin. Collaboration between businesses who want to change and businesses who know how to facilitate that will be an increasingly popular trend. And fortunately, the technology required to quickly solve many of these challenges already exists and is readily available.

Ecocoast was founded precisely to prevent damage and pollution to our coastlines and waterways, and over the last decade, we, as well as our subsidiary Bolina, have developed a range of innovative and industry-leading technologies that have been demonstrated to reduce water pollution from construction-related activities.

Last year, for example, we collaborated with local authorities and contractors to ensure that its construction of a new hydropower dam in the Hajar Mountains, in the UAE, did not affect the water around which the dam was being built. Ecocoast installed its Ecobarrier silt curtain and oil booms, in order to address the major project-specific risks, and successfully managed to protect the quality of the reservoir’s water. Similarly, in 2016, Ecocoast implemented a 700m silt curtain in the waters surrounding the Louvre Abu Dhabi, so as to prevent large amounts of sediment from leaking into the water during the construction project and adversely affecting the water’s quality.

Working together, and pooling expertise will allow us to bring about meaningful change to the industry and, in doing so, support the realisation of our collective goals. We here at Ecocoast and Bolina are industry leaders in providing construction companies with the insights and the tools required to allow them to fulfil their development commitments in a way that minimises their impact on the local environment, and ensures a more sustainable future for the people that they serve.