The East Lothian Community Hospital in Haddington has now been handed over to NHS Lothian and the East Lothian Health and Social Care Partnership after the final phase of the project was completed by its development partner hub South East. 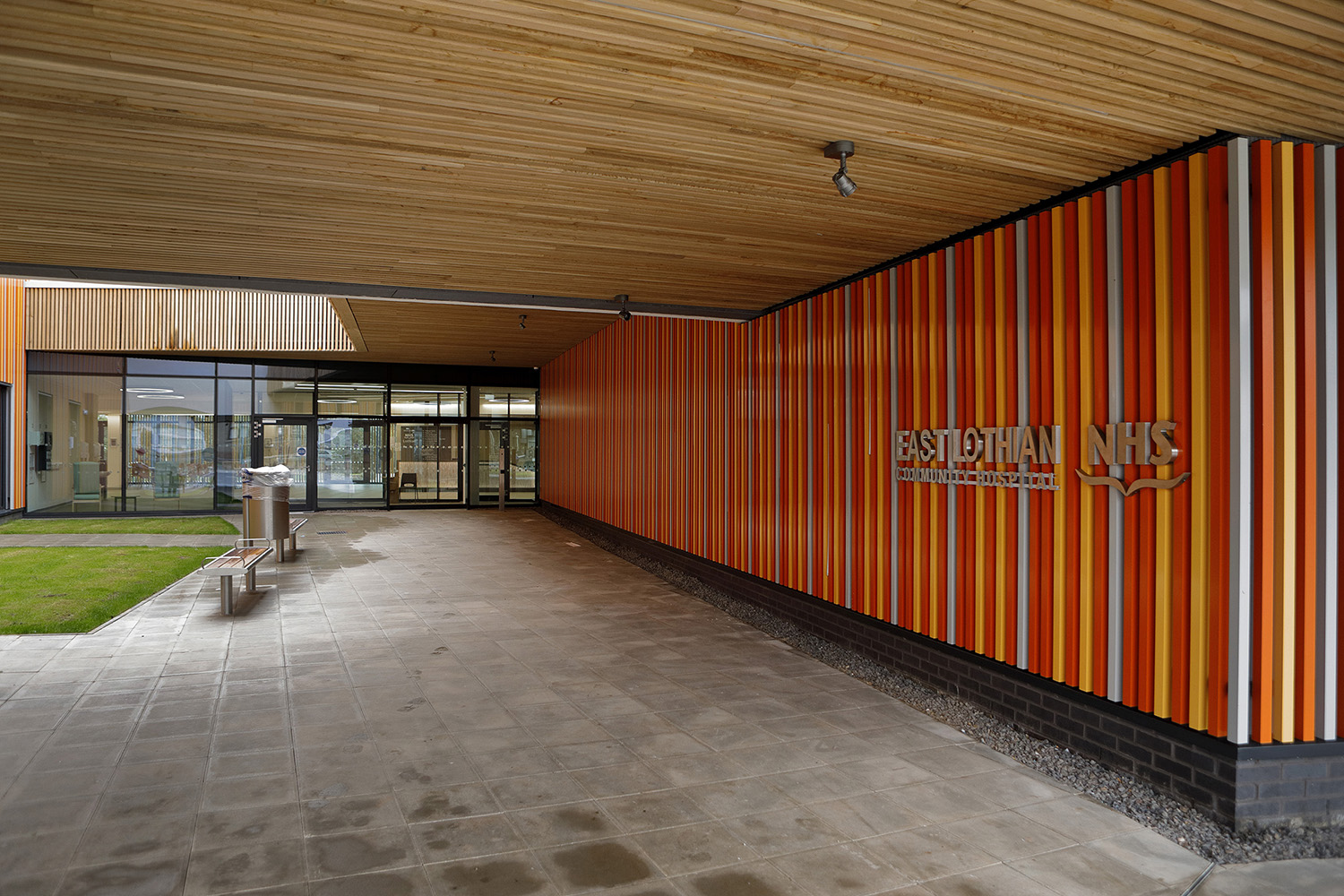 Built by Morrison Construction, the £69m facility is the largest hub project in Scotland and has been delivered in stages.

The latest phase of car park and landscaping completes the development, following a successful handover of the main building in 2019 and the Outpatients Department in 2018.

Calum Campbell, chief executive for NHS Lothian, said: “It’s great to see the East Lothian Community Hospital now fully complete. It really is a fantastic, attractive facility that is helping us to deliver high quality care, closer to home. This is convenient for our patients and helps relieve pressure on other hospital sites.

“The project has been a really positive example of integrated planning and delivery between NHS Lothian, East Lothian Health and Social Care Partnership and East Lothian Council working alongside our development partner hub South East.” 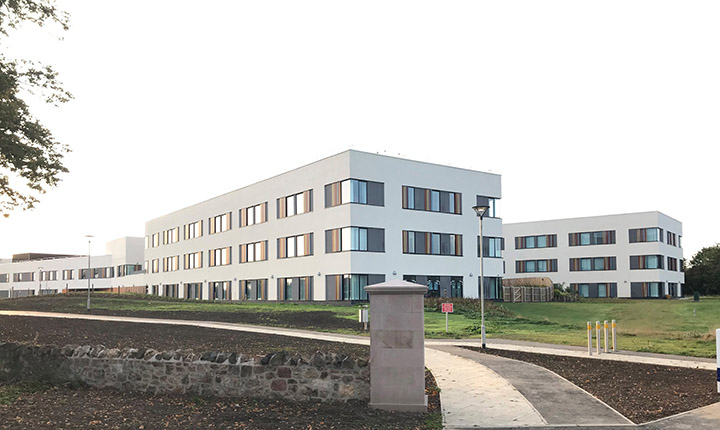 Alison MacDonald, chief officer, East Lothian Health and Social Care Partnership, said: “It has been a pleasure working with hub South East and Morrison on the East Lothian Community Hospital, which is already proving its worth by bringing back to East Lothian a wide range of services that previously could only be accessed out of county.

“We are immensely proud of the new hospital and would like to thank staff and people in the community who engaged in its design and delivery. We are also very grateful to our neighbours in the surrounding community for their patience during the completion of the build and landscaping. We are confident that the completion of the new car park will alleviate pressure on on-street parking and provide good access for patients and visitors.

“East Lothian Community Hospital is a huge asset to the community in Haddington and East Lothian as a whole, as a centre of clinical expertise and, through its thoughtful landscaping, an additional area of green space for local community to enjoy.”

hub South East began its involvement of the redevelopment of the old Roodlands Hospital site in East Lothian in 2012. The project was delivered on time and on budget and has already received industry recognition with shortlists in the Scottish Property Awards and scooping a silver Best Healthcare project award at 2018’s International Partnerships Awards. 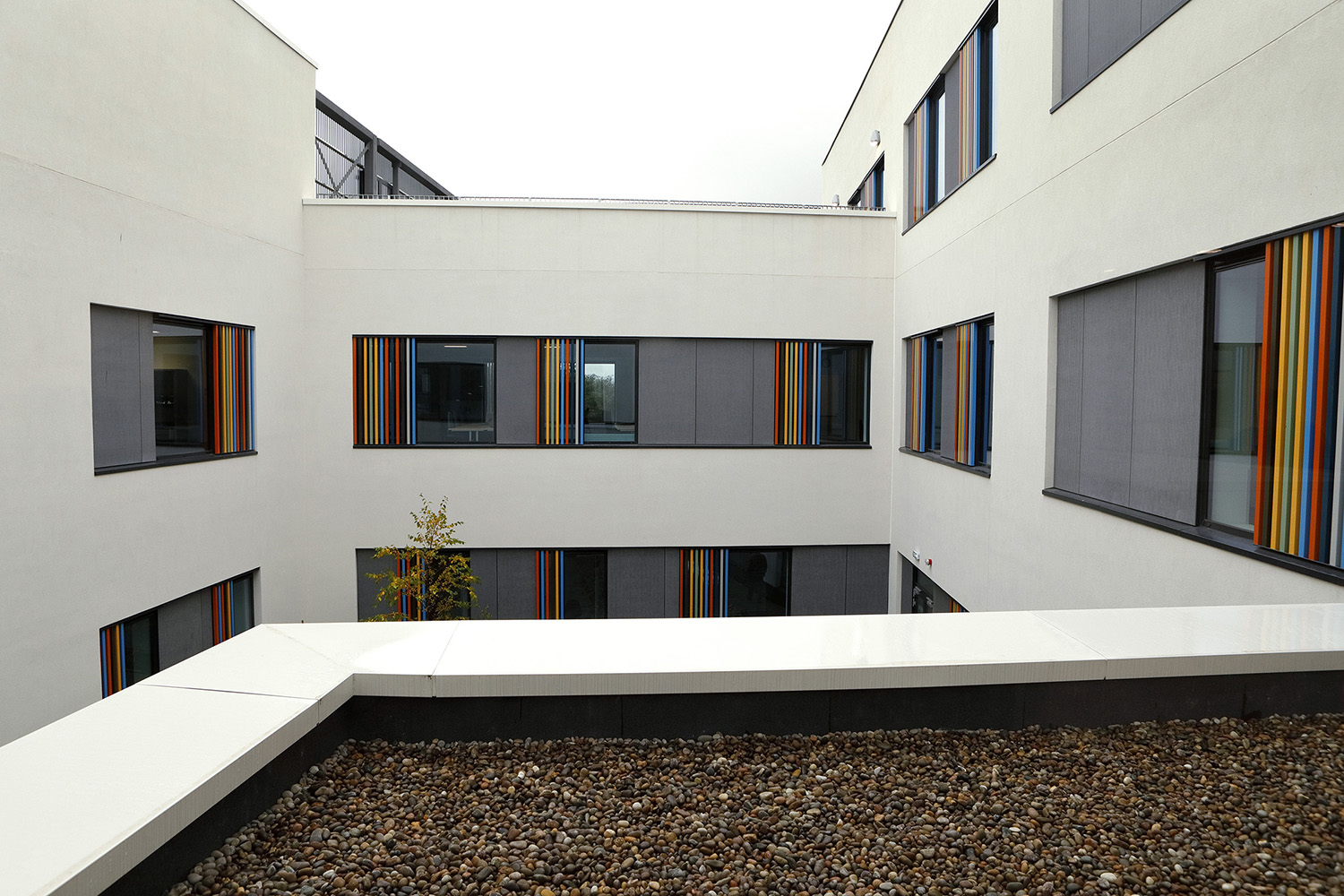 Richard Park, director at hub South East, said: “Having been involved in this project since the early stages, as hub South East helped drive plans for the redevelopment, I’m incredibly proud to have officially handed over the new Hospital to our partners in NHS Lothian and the East Lothian Health and Social Care Partnership.

“The East Lothian Community Hospital is a great example of the strength of hub’s strategic support service as we began our involvement with what was at the time a ground-breaking approach to demand and capacity analysis. The Initial Agreement for the project was endorsed by Scottish Government as an exemplar model and strong partnership working then continued throughout the design, development and construction of the project, resulting in a high quality facility, delivered on time and within budget, realising a range of community benefits and social value.”

Eddie Robertson, managing director for Morrison Construction Building Central, added: “ELCH has been a fantastic project for our business and the team can be rightly proud of the high quality hospital that has been handed over. Working on much-needed facilities like this one is an inspiration for all of us, and we look forward to collaborating with hub South East and NHS Lothian in the future to continue delivering for local people.”