Network Rail has hailed a milestone moment for the Levenmouth Rail Link after the first new rails were laid on the project which will reconnect the town to the mainline passenger network for the first time in more than half a century. 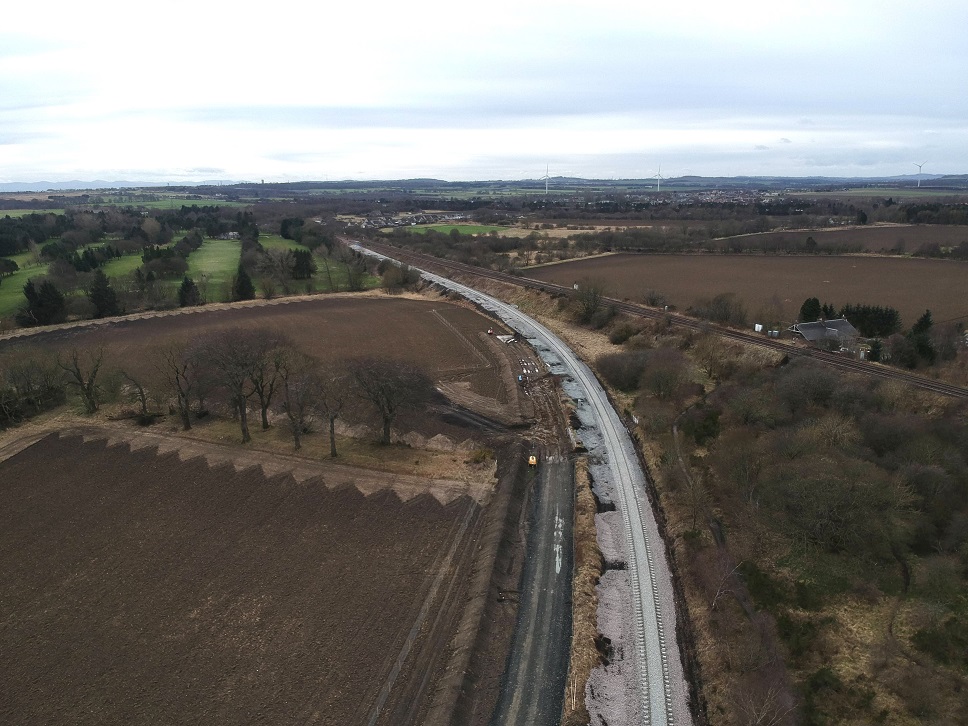 Extensive preparatory activity around Thornton Junction to the west of the route has led to an early opportunity to put down the first new sections of rail on the project that will eventually see 19km of double track installed to create the branch line.

Existing track sections within the first mile of the rail corridor were utilised to deliver the new ballast, sleepers and rails to where they would be needed in the section.

The old track was then lifted and the top layers of ballast removed back to the formation level of the track-bed. With the materials all to hand, the track-bed could then be quickly re-formed.

Specialist plant positioned the concrete sleepers in batches of seven covering 72 metres per hour and creating the early chance to put down the first of the new rails.

Seven pairs of continuously welded rail sections in 240 metre lengths were positioned on the sleepers before being clipped into place to form the first mile of what will be the new Levenmouth branch line.

Bill Reeve, director of rail at Transport Scotland, said: “Laying the first rails on the new rail link is a tremendous milestone for this exciting project and great news for the local community.

“The Levenmouth Rail Link will provide sustainable connectivity for the communities of Leven, Methil, Cameron Bridge and the wider area, and will attract people to visit, live, work and invest in those communities.

“Our Programme for Government made a commitment to decarbonising Scotland’s Railway and growth in rail use is an essential part of decarbonising the total transport mix. This scheme will re-open the disused rail line between Thornton junction and Leven, providing convenient and comfortable services through Fife to Edinburgh, Dunfermline and the wider rail network.” 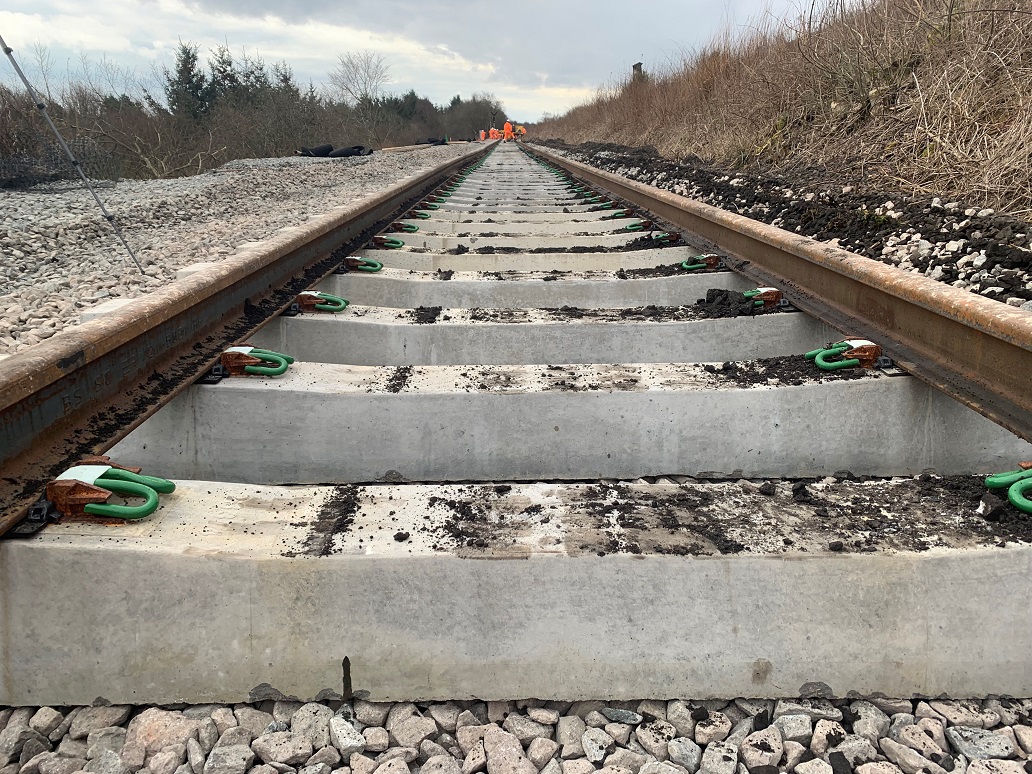 Following the successful completion of a range of preparatory activities, the project to deliver the new Levenmouth Rail kicked off in March 2022.

Work to upgrade Thornton North Junction was completed during a line closure on March 6. This enabled the connection onto what will be the Levenmouth branch line.

The project is currently onsite, delivering the first phases of work including track work to the west of the route and bridge works along the length of the rail corridor. It is anticipated that station designs will be complete and planning applications made later in 2022.

The investment value of the project is £116.6m with completion scheduled in spring 2024.

Joe Mulvenna, project manager for the Levenmouth Rail Link project said, “Even at this early point in the work, laying the first rails feels like a symbolic event that will be warmly welcomed by all of the people who have worked hard to make this project a reality.

“Utilising much of the existing track bed and extensive preparatory work has enabled the project to get quickly out of the blocks and we can already see the project taking shape but obviously there is still a long way to go.

“With the first rails down along the first mile, the focus will turn to other aspects of the programme – particularly work on some the structures - but it is great that the project has got off to such a great start.”