Former Stonehaven council office to be transformed into flats

Plans to convert former Stonehaven council offices into flats have been given the go-ahead. 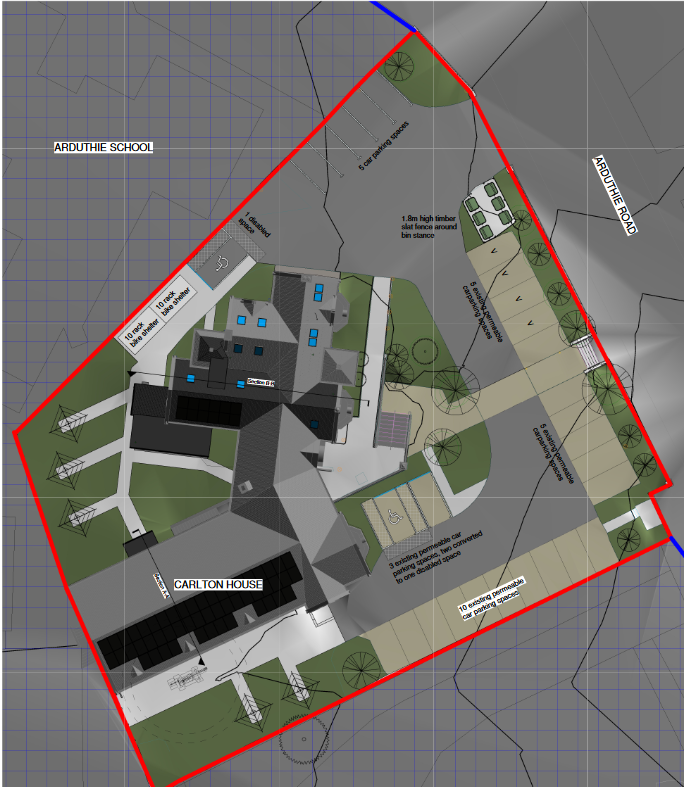 Aberdeenshire Council will now transform and extend Carlton House on Arduthie Road into 16 one and two-bedroom properties.

Two of the flats are expected to be fully wheelchair accessible.

Having been vacant for a number of years, the building was initially a large house but through the years it became home to the town’s library, before being used as social work offices.

Council planners deemed the proposal “acceptable” and welcomed plans to install solar panels on the south of the building.

The application previously went before the Kincardine and Mearns area committee last month but was deferred as councillors agreed to carry out a site visit.

Sandy Wallace urged members to approve the application, citing the “need” for social housing in the area.

He was seconded by councillor Alison Evison who said the proposal was a “good use for the building”.