A “world-class River Park” along both banks of the Clyde is among plans being considered by Glasgow City Council for the regeneration of Broomielaw.

The plans include a proposal for a world-class River Park along both banks of the Clyde; an examination of the benefits and negative impacts of the M8 motorway on the area; establishing a vibrant mixed-use riverfront community featuring high-quality contemporary design; creating new public and green spaces; and instilling a collaborative approach to attracting investment and funding. 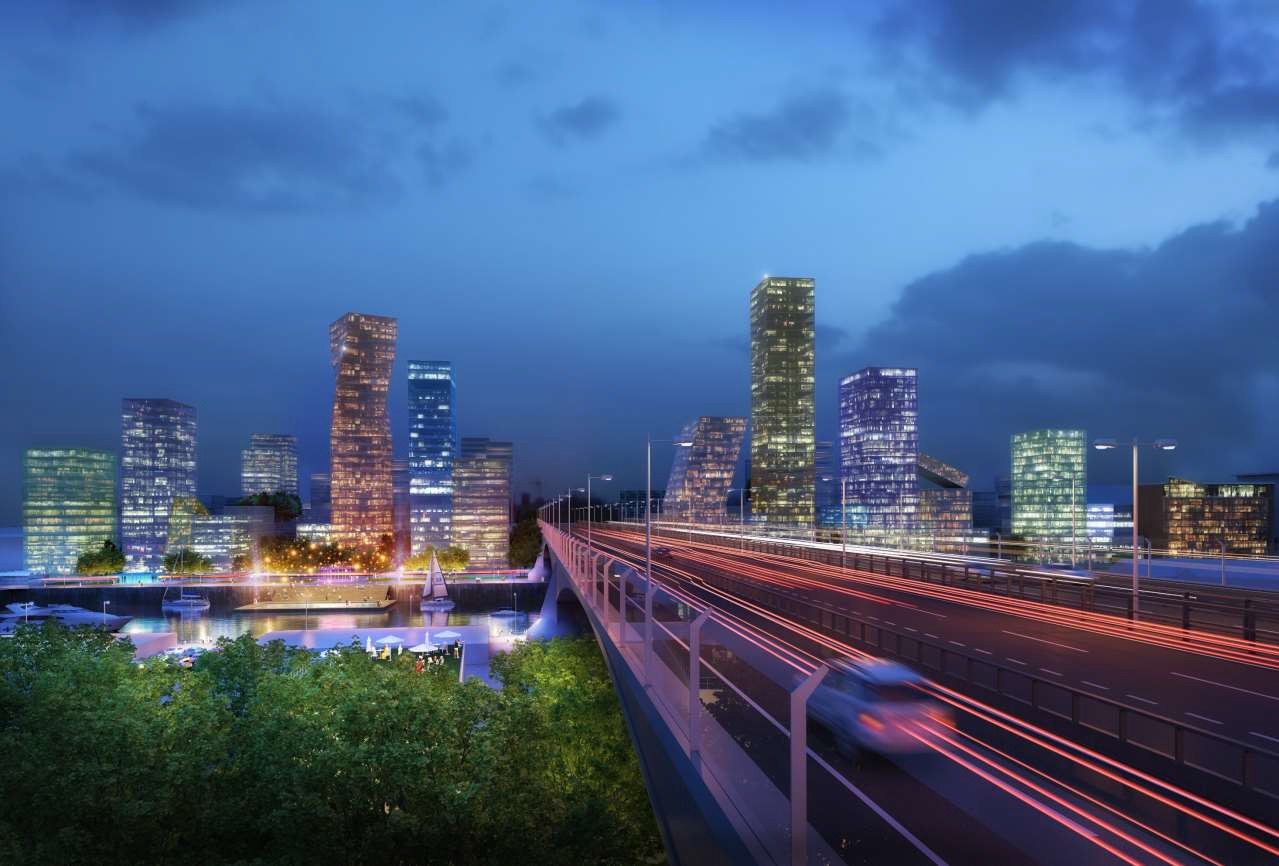 A public consultation on these plans - which will be delivered through the Broomielaw District Regeneration Framework, currently at draft stage – is open from today.

The regeneration is an attempt to overcome some of Broomielaw’s challenges, with few quality public spaces, sparse and piecemeal residential development, the M8 separates the district from the West End, and the area has an under-developed night-time economy and is heavily car-dominated. In addition, parts of the riverside in the area are an under-utilised asset that must be addressed to attract investment and development. 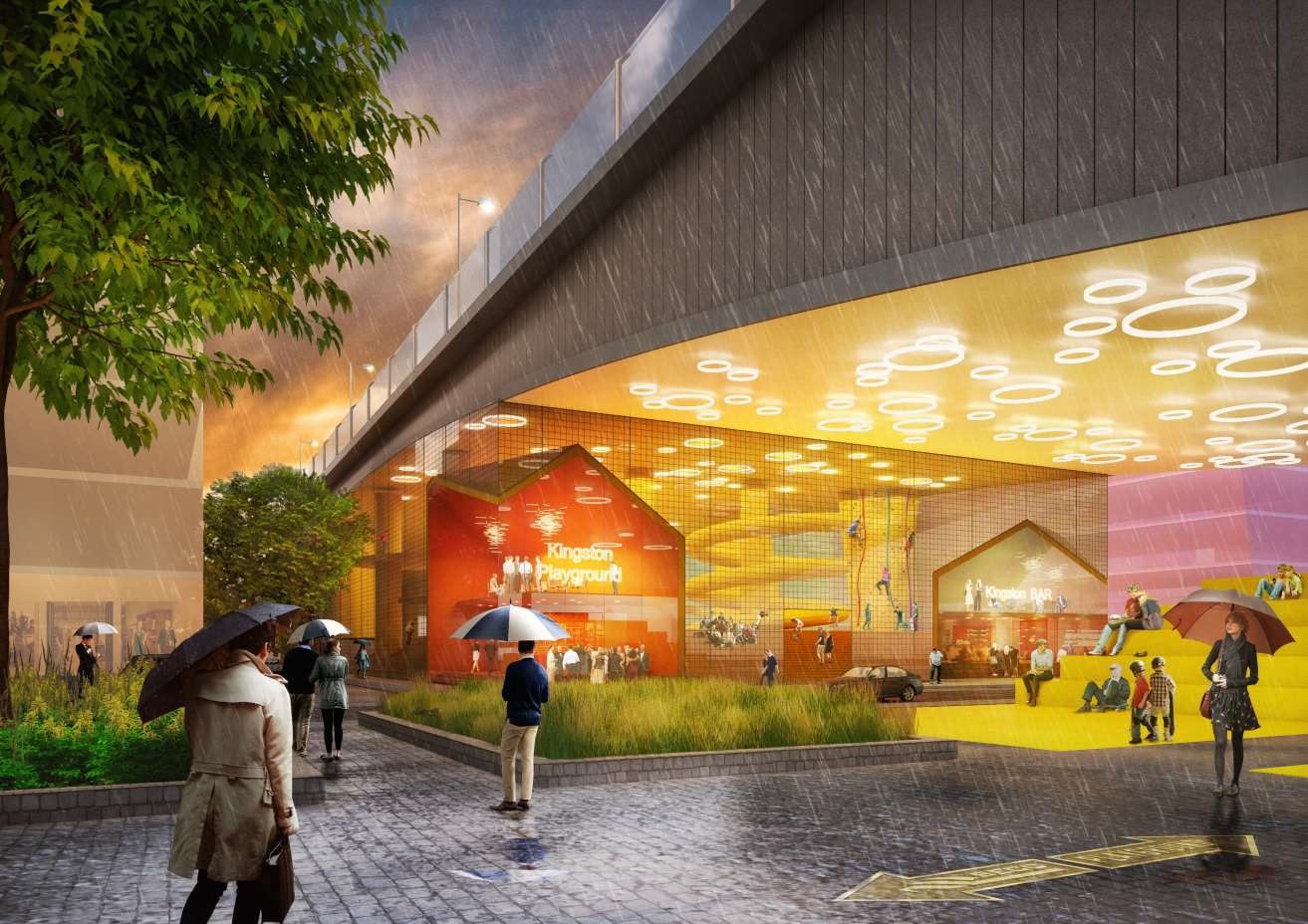 The Broomielaw district is one of nine in Glasgow city centre identified through the council’s City Centre Strategy, with each of these districts to have its own strategy and District Regeneration Frameworks (DRFs) that would see it taking a distinct role in making a more sustainable, mixed-use city centre.

The first of these districts to have such a strategy - essentially a 10-year regeneration plan - was the Sauchiehall and Garnethill District whose DRF was developed over 18 months with significant community and stakeholder engagement. This district features the first Avenues project in the city, the Sauchiehall Avenue, funded by the Glasgow City Region City Deal, which will be complete this year. 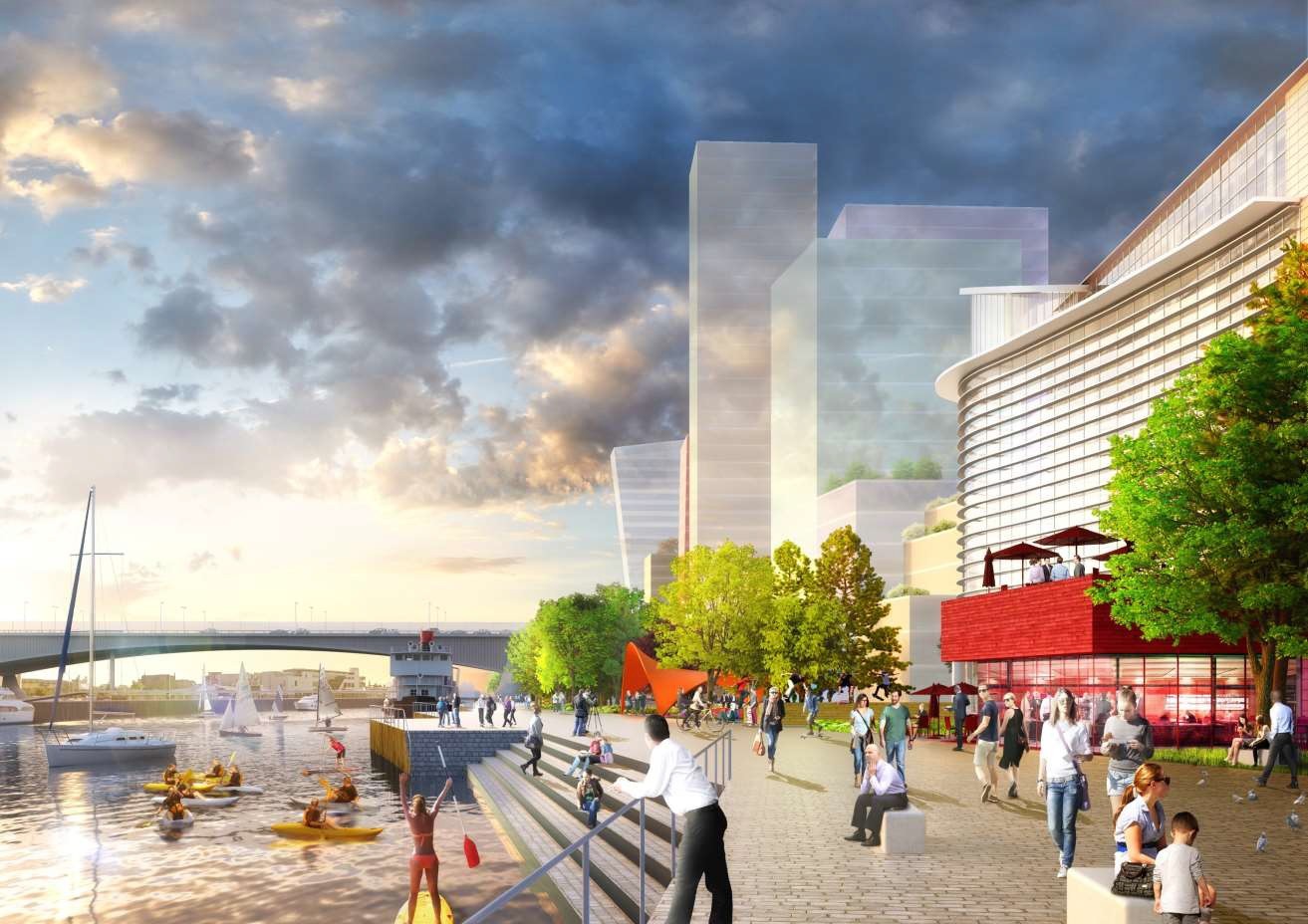 The Broomielaw District Regeneration Framework (BDRF) is the second DRF for the city centre, and has been developed collaboratively by a multi-disciplinary team led by Austin-Smith:Lord and MVRDV, working with the local community, businesses, owners, developers, investors and other stakeholders and organisations. The consultation period will offer a further opportunity to help shape the plans, after which the final Broomielaw DRF and Action Plan will be produced.

The draft Broomielaw DRF contains a number of recommendations and proposals, with an understanding that resource constraints will limit what actions are taken forward, with this being guided by identified priorities. The final action plan for the DRF will reflect actions that are deliverable in funding, resource and outcome terms. 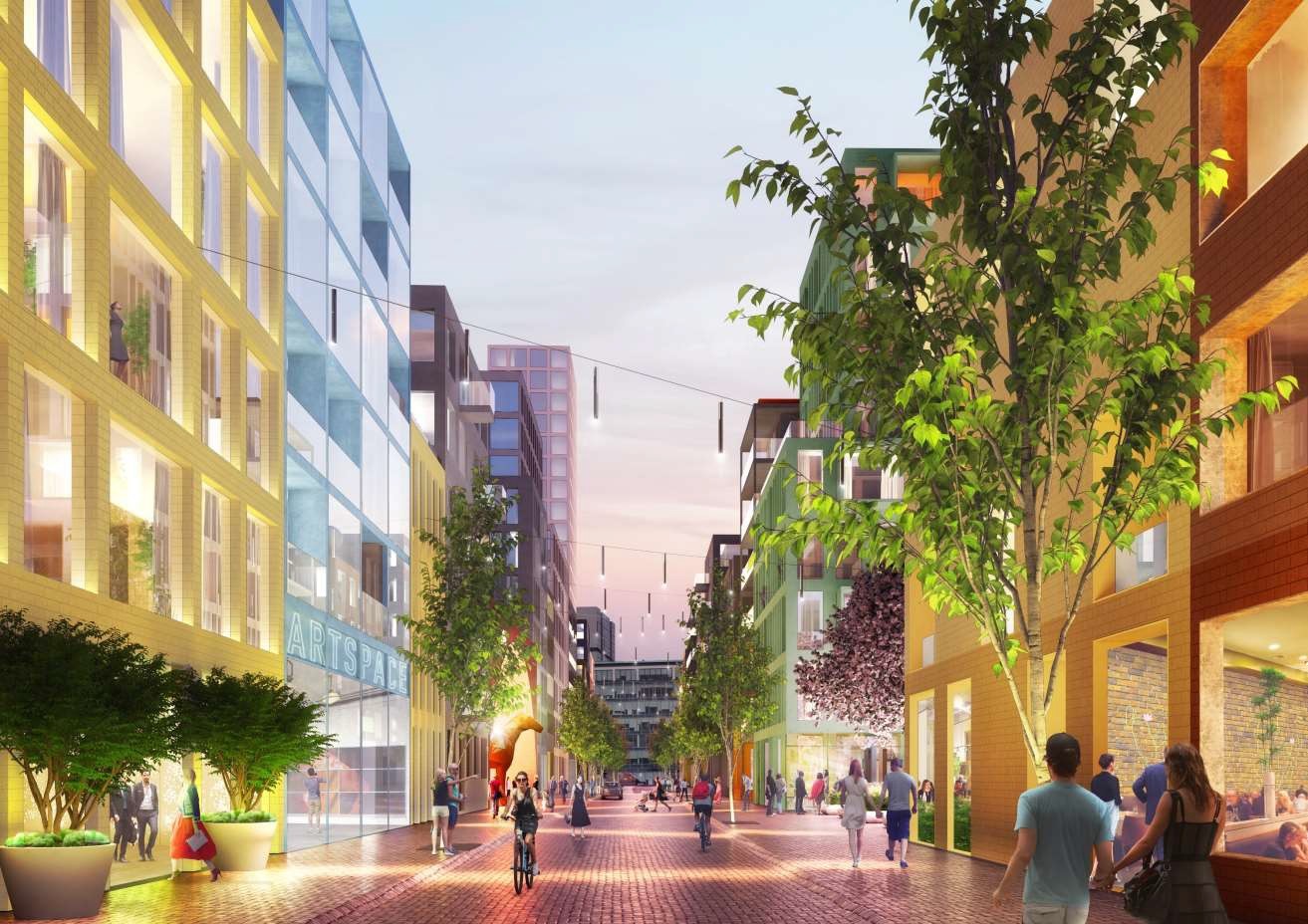 Seven strategic themes have been developed for the BDRF and associated draft action plan: 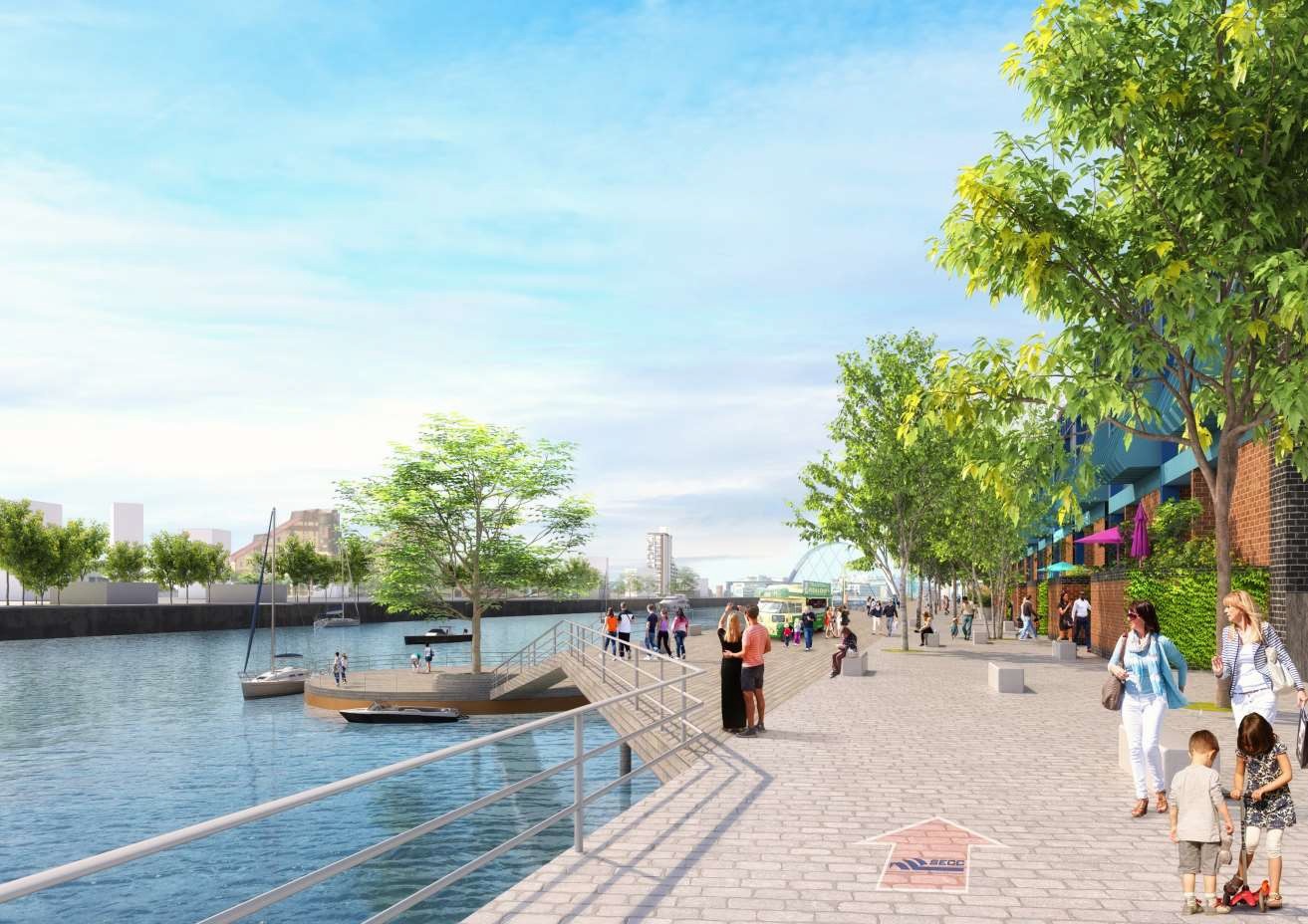 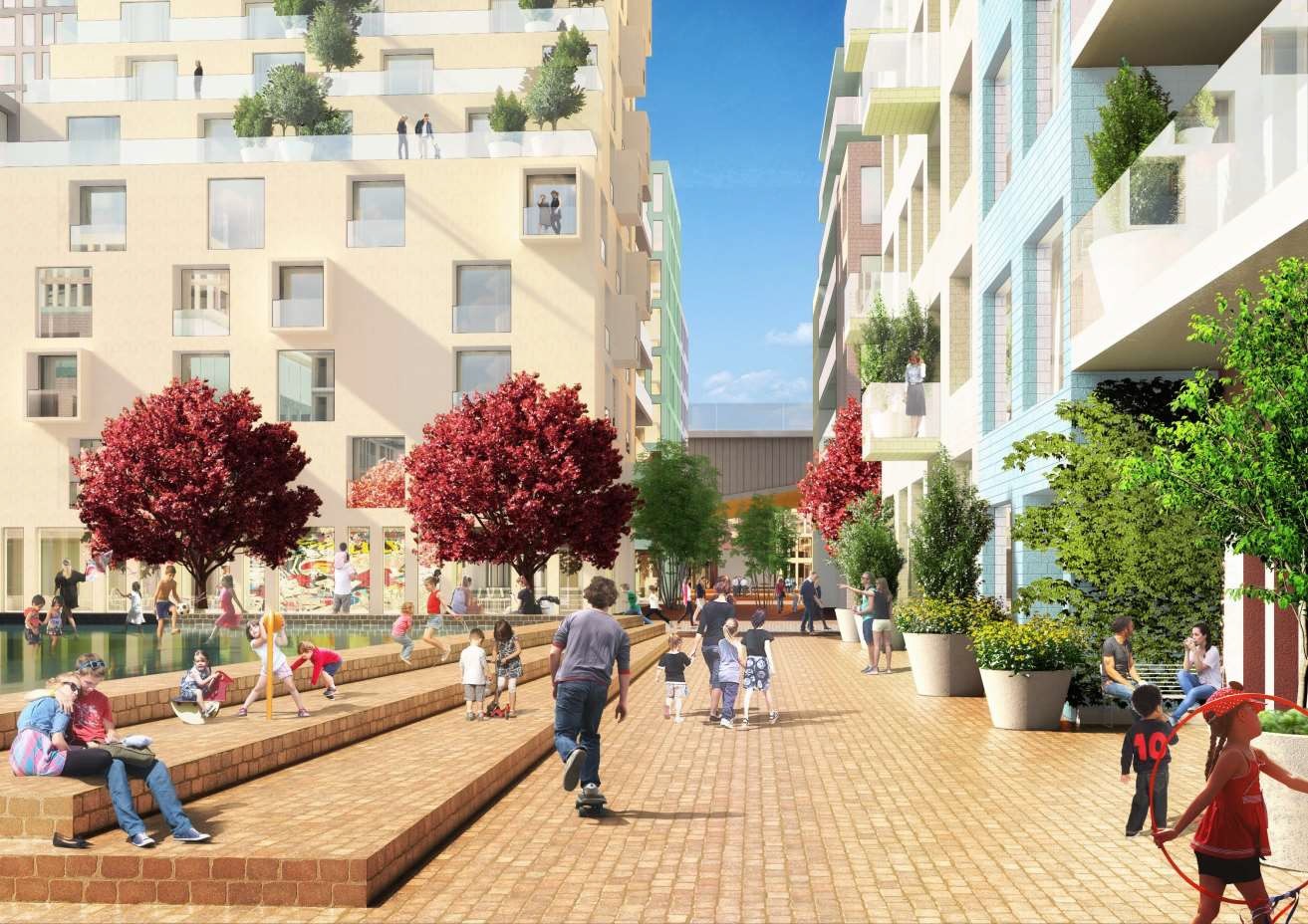 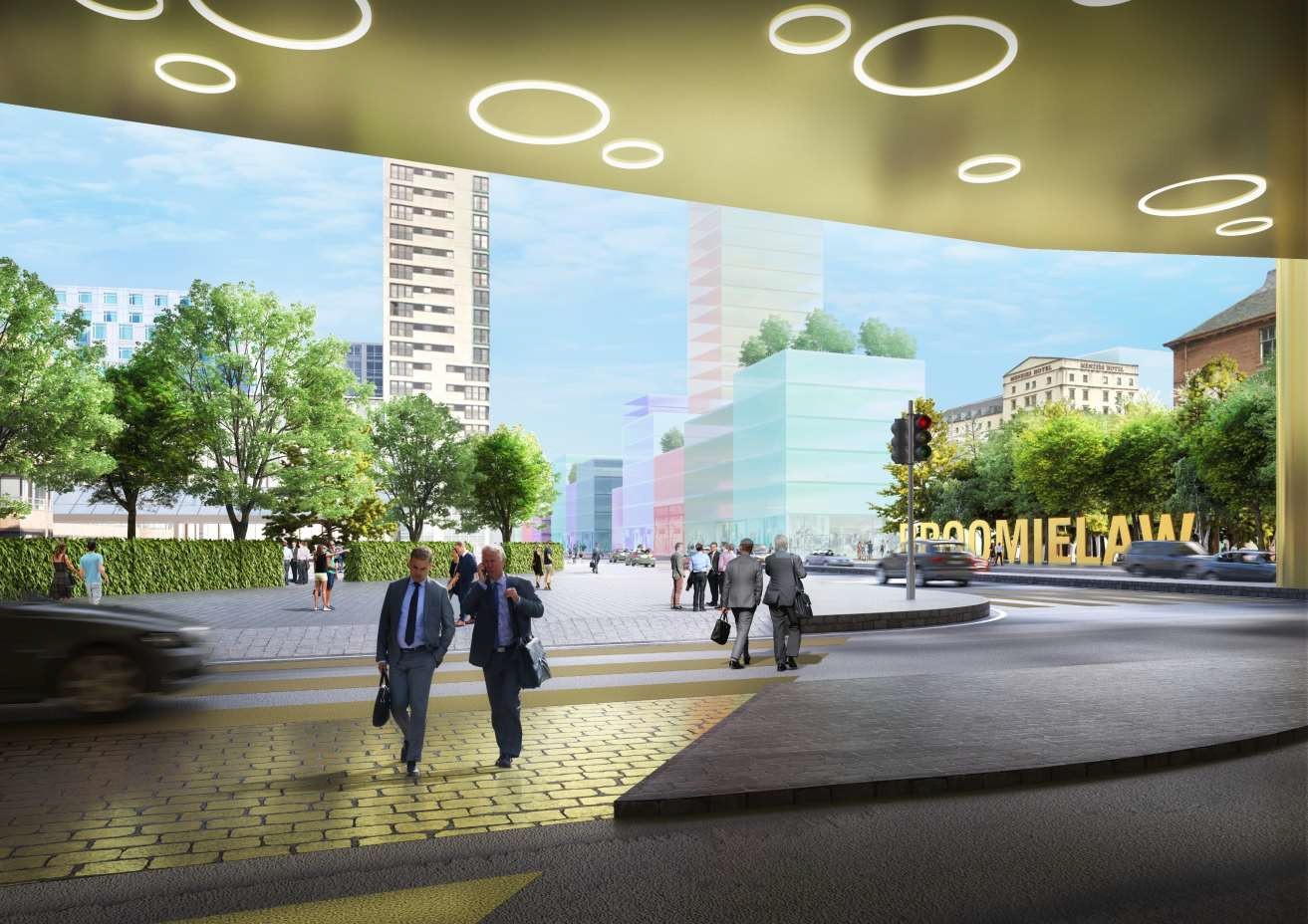 The Broomielaw DRF will become Supplementary Planning Guidance once it and the city centre Strategic Development Framework is approved by the council. This will allow it to have the status of a material consideration, and it will be referenced and used to make development decisions in the district. The BDRF Planning Policy section provides the context for the Broomielaw district, and provides criteria against which development proposals will be assessed.

Councillor Susan Aitken, leader of Glasgow City Council, said: “These ambitious plans will help the council and our partners to bring Broomielaw to its full potential and allow the area to take its proper place in the life of the city. This is a part of Glasgow that has enormous scope to influence the future development of the city centre and the river corridor, so please take the opportunity to help shape the final plans by taking part in the consultation on the Broomielaw District Regeneration Framework.”