Glasgow City Council has approved plans to build a block of apartments with rooftop gardens at a vacant site in Maryhill. 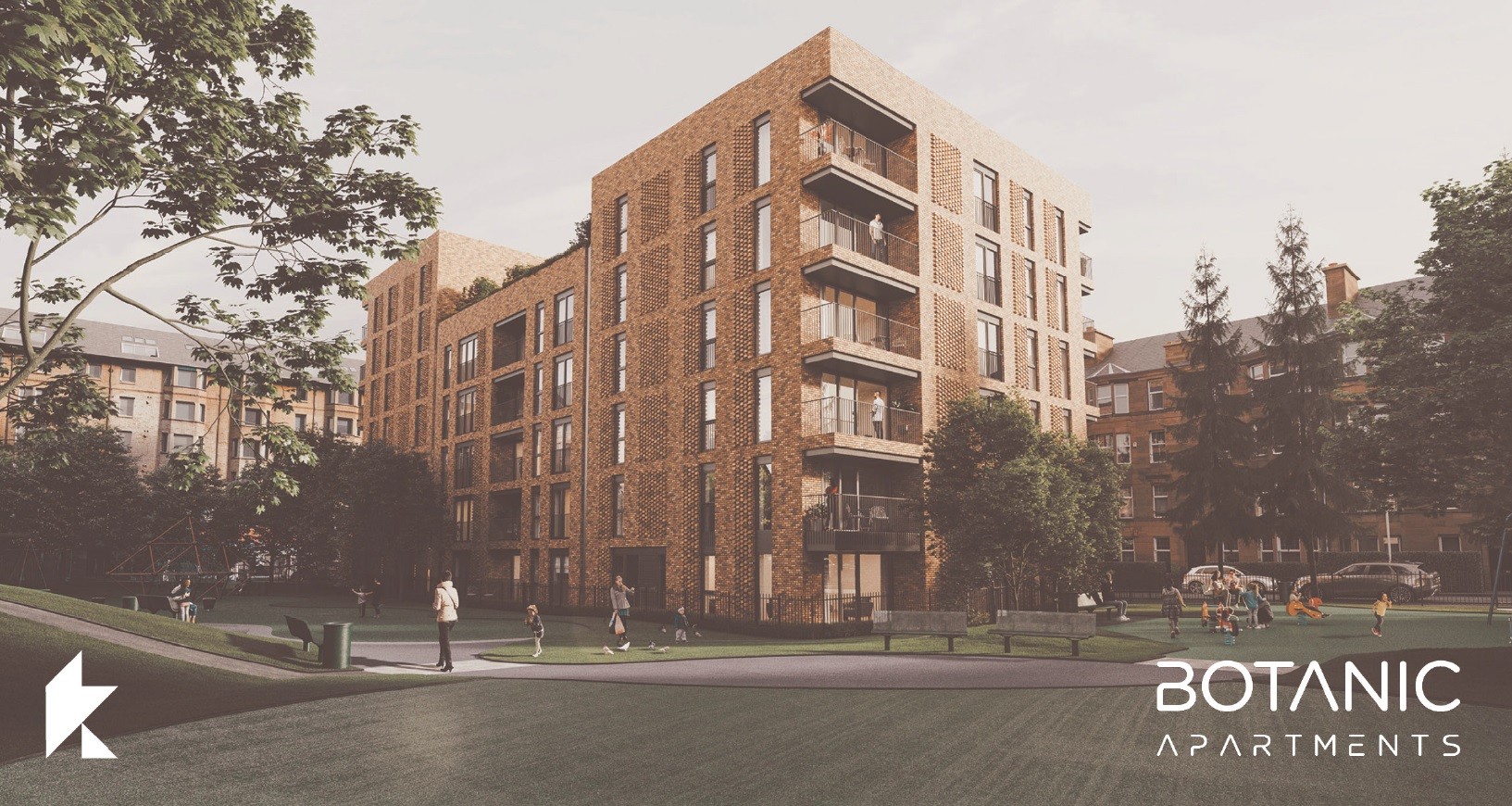 Nevis Properties had lodged proposals to develop a building ranging from five to seven storeys containing 39 flats at the corner of Kelbourne Street and Queen Margaret Drive.

Twenty-four of the properties will have two bedrooms and 15 would have three bedrooms. Each flat will have a recessed balcony. 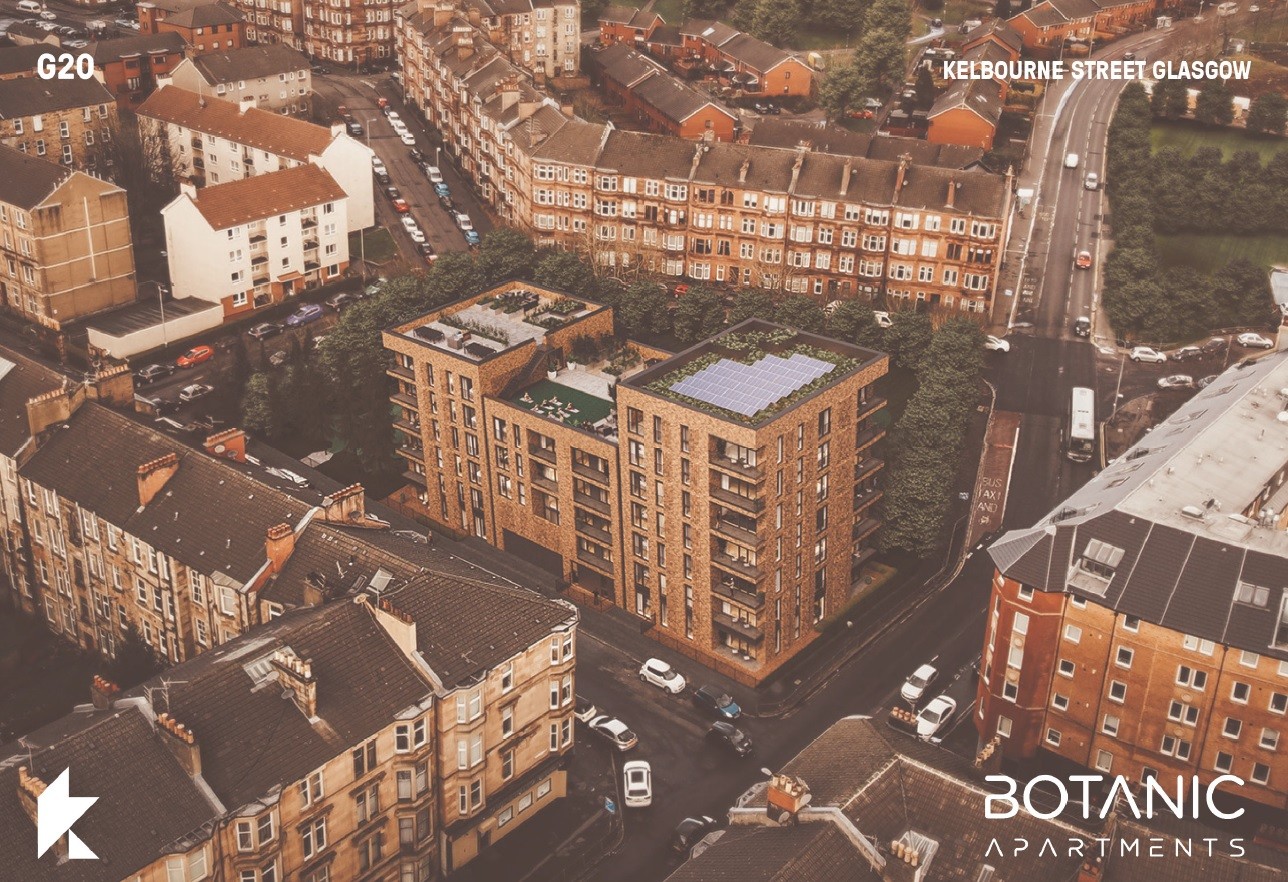 A basement would be excavated to provide 27 car spaces. Vehicle access would be via two car lifts off Kelbourne Street.

More than 40 public objections had been received but councillors gave the plans the green light.

The overgrown site was previously home to North Kelvinside Parish Church and is beside a playpark. 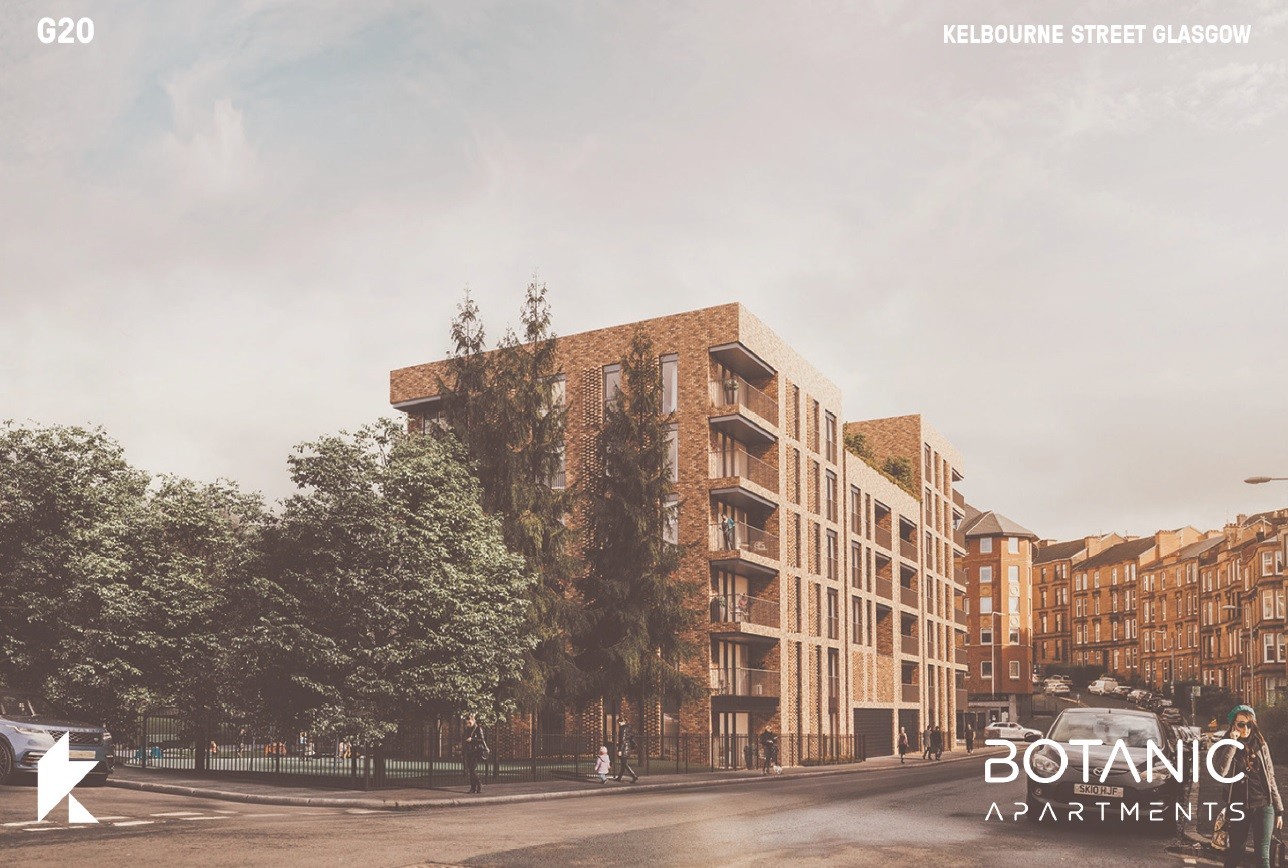 A design document submitted by Haus Collective with the application stated: “Acknowledging the site’s prominent corner location and gateway to the West End Conservation Area, development will improve visual amenity, safety and security within the park and reactivate the streetscape.”

It added: “The existing derelict site will be cleared to facilitate the creation of a reinstated street edge and a vibrant, dynamic development promoting liveable urban density.”