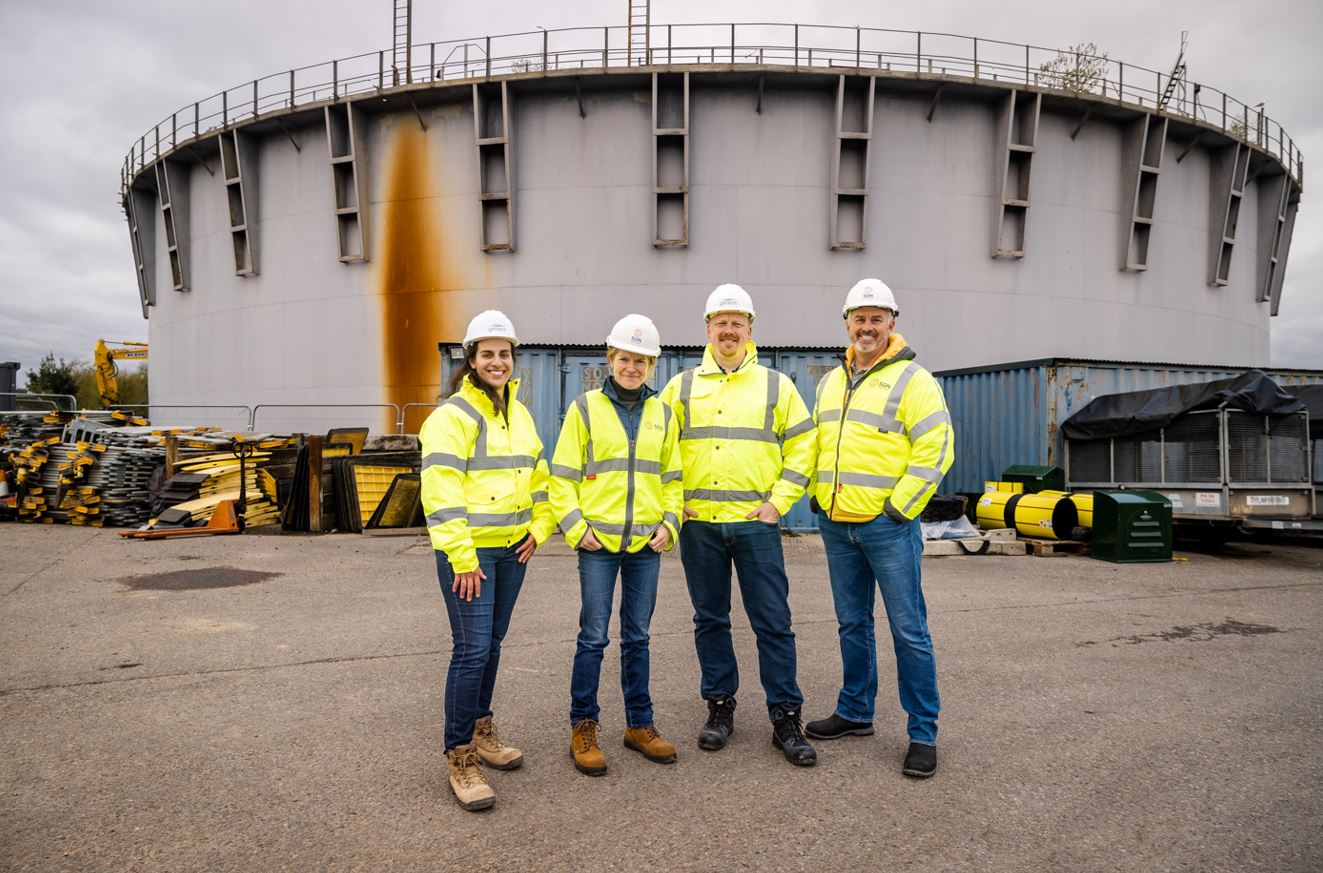 Demolition and clearance of the site is being undertaken by SGN, and is expected to take 12 weeks. Following completion of this work, Getech will begin the development of its planned green hydrogen facilities, subject to necessary approvals.

Concurrently, Getech continues to progress the engineering design of the Inverness green hydrogen production, storage and dispensing facilities, which it intends to expand into a regional Highlands hydrogen network.

Getech’s chief executive office, Dr Jonathan Copus, said: “Today marks the start of the groundworks needed to progress our green hydrogen hub in Inverness. The hub, which is located between the city’s rail depot and the industrial area, is uniquely positioned to supply large-volume anchor transport customers.

“The facility, planned to scale over time to a 20 MW capacity, producing c.8 tonnes of green hydrogen each day, will supply rail demand from Inverness station and a significant portion of the area’s heavy goods vehicles and bus fleets. We share a vision with SGN and the Highland Council to establish the Inverness hub as an anchor asset for a world-class green hydrogen network spanning the Scottish Highlands. This network will support job creation, deliver energy security and provide a sustainable path for the region’s net zero transition.

“Through the application of our geospatial and economic analytics, Getech is ideally positioned to accelerate the adoption of green hydrogen and to grow its market share in the energy transition. With the UK government targeting at least 50% of its 10 GW by 2030 hydrogen production to come from green hydrogen, we look forward to replicating and scaling our operations, both in the UK and internationally.”

Marcus Hunt, director of commercial services and investments at SGN, said: “It’s great to see the start of the regeneration of SGN’s redundant gas holder site in Inverness. SGN and Getech are aligned around the concept of making green hydrogen a reality in the Highlands and the UK. The opportunity to transform redundant industrial sites, like this one, into green hydrogen transport hubs is a great example of how hydrogen offers a path to revitalising the country’s infrastructure on the journey to a low-carbon economy. This project is an important foundation which could help accelerate the Highlands’ broader hydrogen economy and support the UK’s journey to net zero.”