Artisan Real Estate has been given the green light to demolish a vacant Glasgow office block and deliver a new 16-storey hotel. 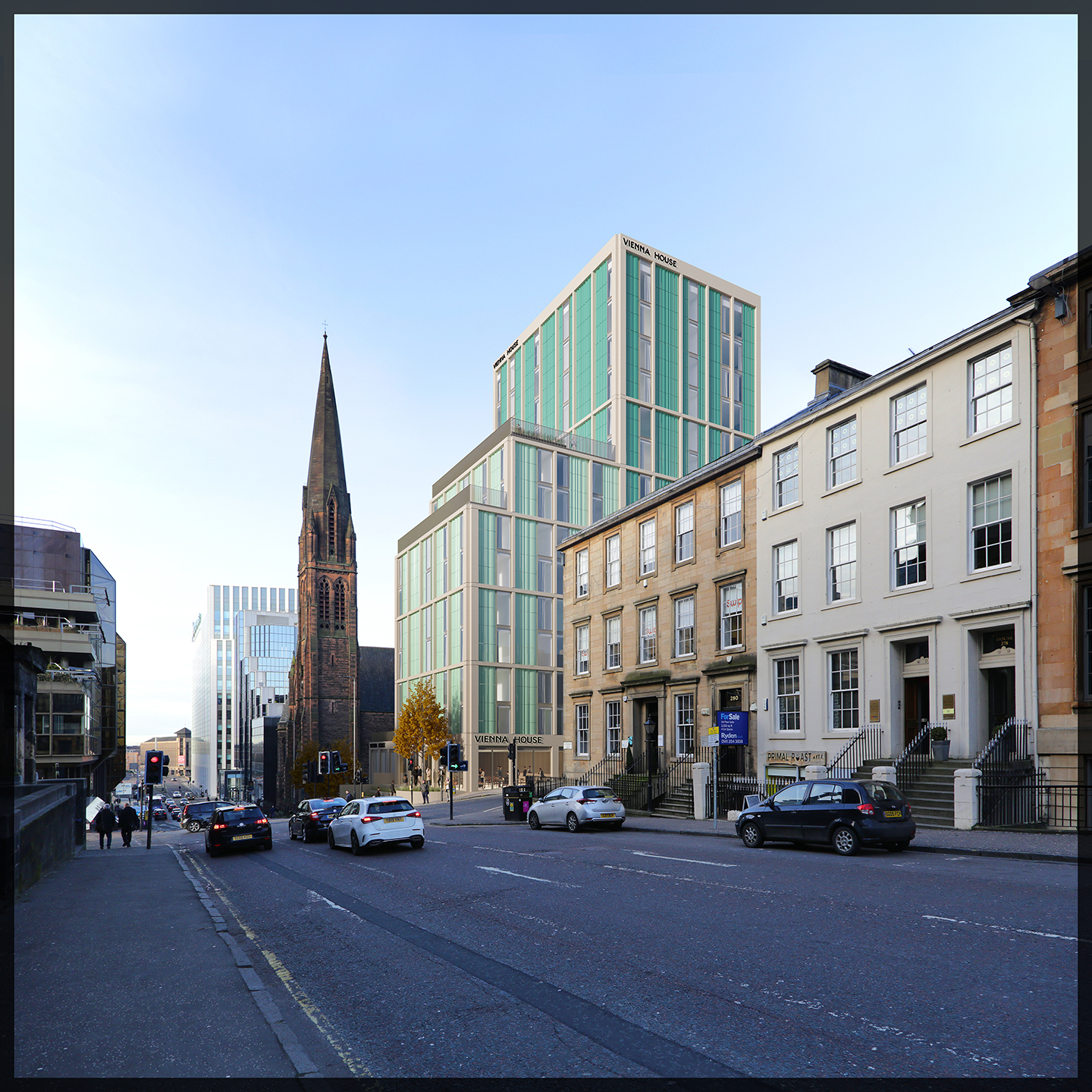 Working with Porter Planning and a design team led by Hawkins\Brown, Atelier 10 and Quattro engineers, Artisan will deliver the new four-star hotel on St Vincent Street at Pitt Street designed for the Vienna House brand.

Artisan acquired the office buildings in the summer of 2019 further expanding its footprint in Glasgow with another high-quality regeneration opportunity.

Charlotte Swanson, regional development manager at Artisan Real Estate, said: “This site in the heart of Glasgow’s central business district, provides a significant opportunity to redefine the character of this western part of the city centre with a new landmark building. We were looking to add vibrancy to the area which was predominantly office but clearly transforming into a thriving mixed-use quarter. 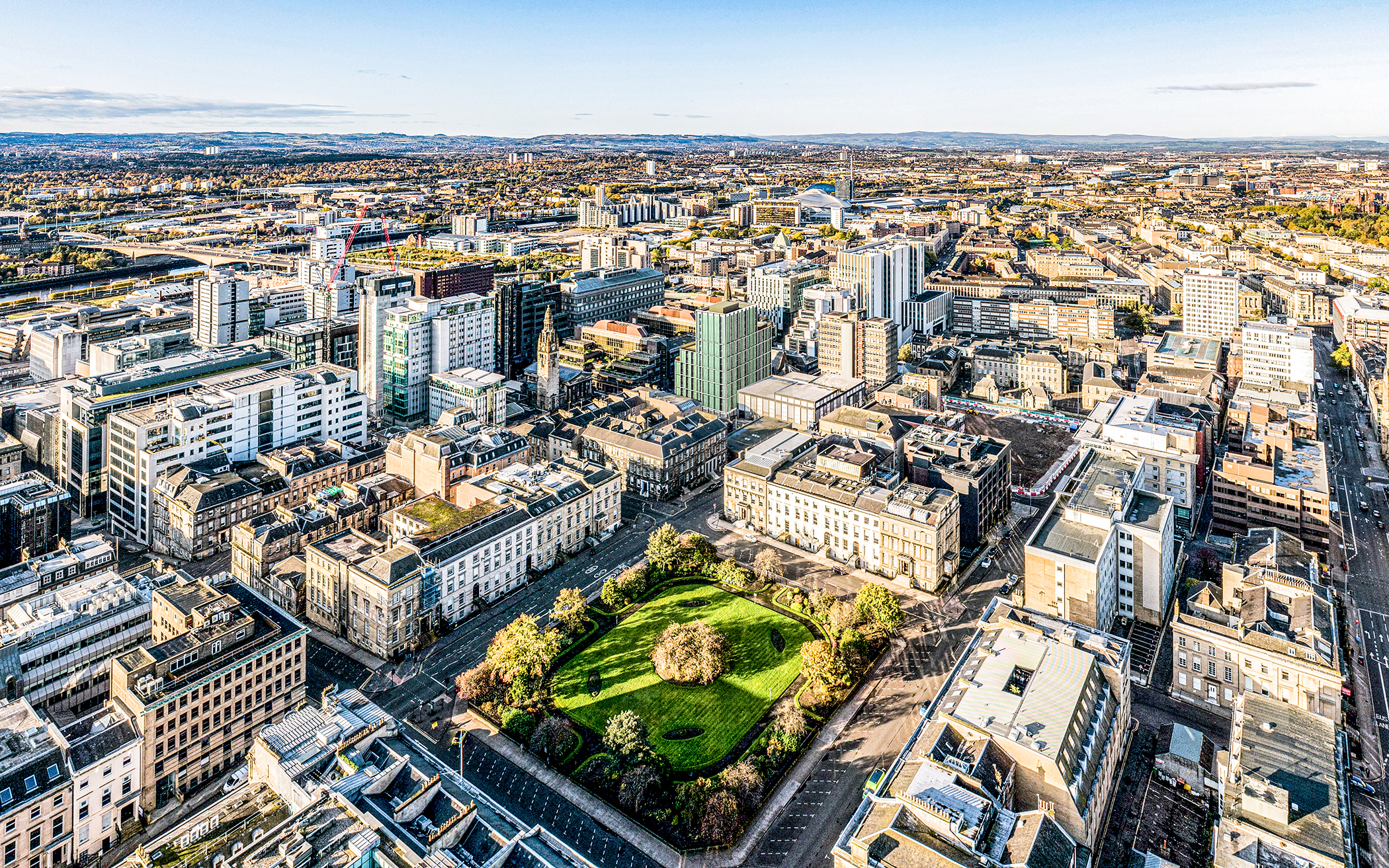 “As part of Artisan’s commitment to sustainability we worked hard with Atelier 10 to ensure that the building achieves Glasgow City Council’s required Gold Standard for carbon reduction. We are delighted that despite these challenging times of COVID 19 GCC have worked seamlessly to achieve consent ahead of our planning timescales. Our next focus in Glasgow will be city centre residential.

The consented design for the site reinforces the line of two distinct character areas in the city: the Georgian and Victorian grain of the Glasgow Central Conservation Area directly to the east; and the much-changed late-20th Century cityscape immediately to the west. 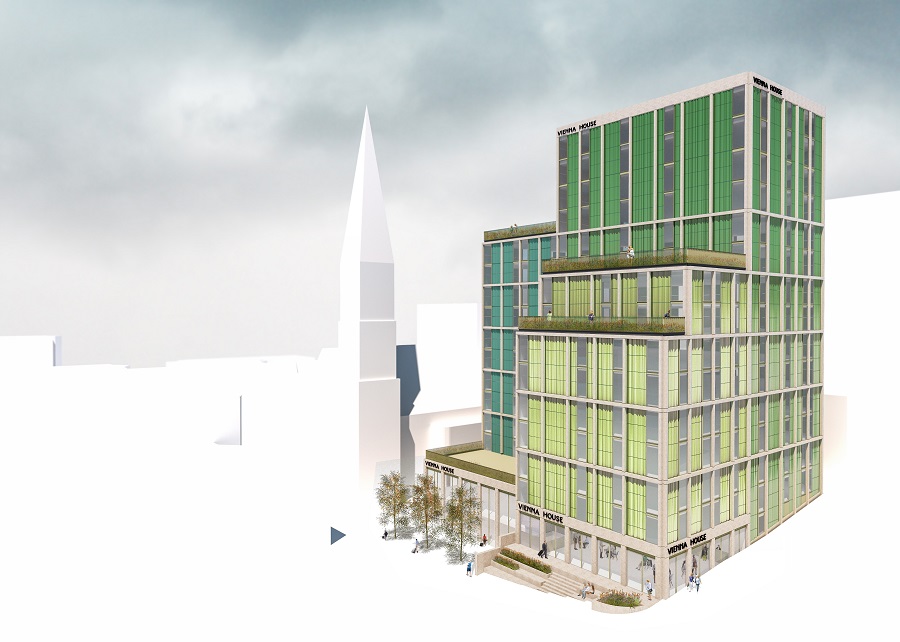 The public entrance of the four-star hotel is contained within a two-storey plinth at lower- and upper-ground level, incorporating a public restaurant, bar and conferencing facilities. The building respects the city’s grid pattern of urban blocks, with the structural mass of the building stepped back from the street in order to respect the street views to the neighbouring Category B-listed St Columba’s Church. The form of the building works in partnership with a new landscaping scheme to establish an enhanced area of public realm on St Vincent Street, activating the streetscape and helping redefine pedestrian links around the site. 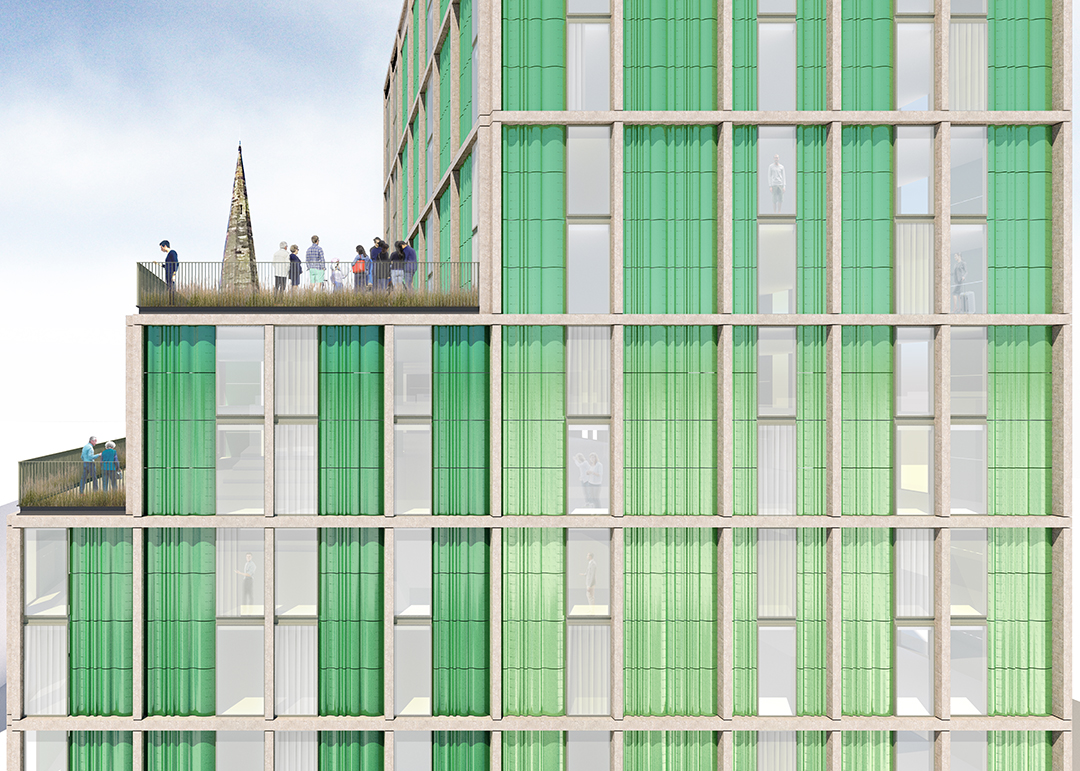 Peter McLaughlin, head of studio Scotland at Hawkins\Brown, said: “To reference the traditional use of ceramics in Glasgow and some of the tones that characterise this tradition, there will be a varied palette of double-height green/teal/turquoise profiled terracotta cladding, set within an articulated limestone frame, to give this new building a bold and distinctive character, but one rooted in the context of Glasgow.”

Work is expected to start one site in autumn 2020, with the hotel’s opening anticipated in 2023.

292 St Vincent Street bolsters Artisan Real Estate’s portfolio in Glasgow. This will be its third hotel site under development in the city.

This is an updated version of the original article published on April 14.