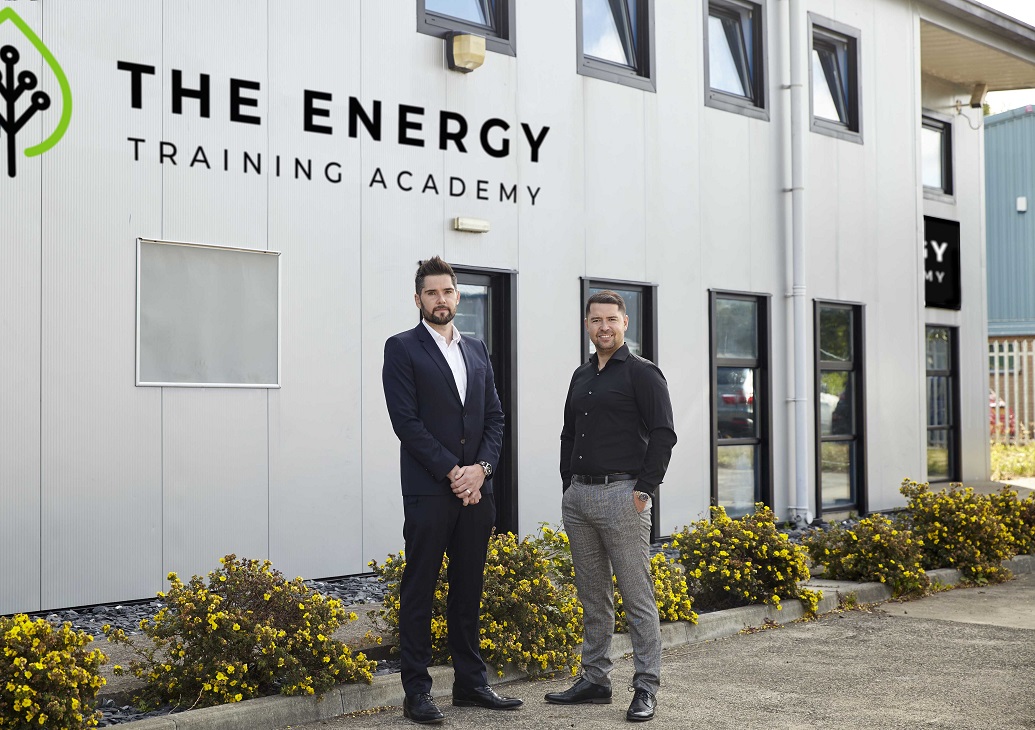 Modelled on a social enterprise, the ground-breaking project is an extension of a recently-agreed partnership between the Edinburgh Boiler Company (EBC) and HeatFix Scotland in the capital.

Those behind the venture said the academy will produce the apprentices of tomorrow by putting youngsters on a pathway to employment by delivering a range of educational training programmes, including the Scottish Government’s No One Left Behind initiative. It will also provide facilities for more established engineers looking to upskill.

The 12,000 sq. ft. centre is being built over two floors, with a projected opening before the end of the year.

It will host three state-of-the-art lecture rooms each accommodating up to 15 students, interactive training areas for renewables featuring heat pumps and solar energy as well as an open floor area with multiple ‘live’ boilers on the wall connected to hot and cold water supplies as well as radiators and gas meters.

There will also be a dedicated space for gas engineers to sit their Accredited Certification Scheme (ACS) exams, with an additional four bays replicating a home environment with boilers, gas fires, underfloor piping and attic space to allow practical training.

Funding applications have already been submitted to Investing In Communities Fund and the Boost It Fund via FirstPort, with others in the pipeline. It’s also planned to open dialogue with potential investors.

EBC managing director Mark Glasgow had originally planned his own energy training centre at the firm’s headquarters but the two businessmen saw the potential for a much larger facility as part of their collaboration.

Located just 200 yards from EBC’s current base in Dalkeith, the academy will see the two enterprises combine their resources to open the doors to high school pupils from fourth year onwards so they can learn about energy efficiency, fuel poverty prevention and the basics of heating homes in the most economical way.

Inspiration for involving the community came from Mark’s own upbringing in the city, when opportunities were difficult to come by.

“It was tough growing up where I lived in Niddrie in Edinburgh and a lot of young people found it difficult to get into employment,” he said. “I appreciate I have been quite fortunate in business and that is something I have never taken for granted. Providing opportunities for the youth of Scotland is a big motivation for me to get the academy established and I truly believe we can make a huge impact on young people’s lives.

“Too many young kids, for any number of reasons, are missing out on opportunities to start a career but we want to address that by promoting employability.

“For example, unless someone has a National 5 qualification, they can’t do an apprenticeship or go to university. We will take them under our wing with this academy and give them an environment where they can learn, build confidence and develop as individuals.

“Ones who show real promise will be put through the training programme and hopefully at the end of it there will be a career as a gas engineer waiting for them.”

With the capacity to hold 60 full-time courses and 40 part-time courses annually, the academy could see 100 new engineers attain the necessary qualifications each year.

HeatFix Scotland managing director Andrew Lamond said: “We identified the need to involve the community and the benefits that can bring so took the opportunity to lease the far bigger facility when it became available.

“There are other gas training centres in Scotland but none of them will operate as a social enterprise like we will. The profits will be reinvested back into the community allowing us to offer more free programmes.

“Not only will we create opportunities for people but it will also help reduce carbon emissions. The more people who are employed in the renewables industry, the greater the awareness of energy efficiency and how to save money.”