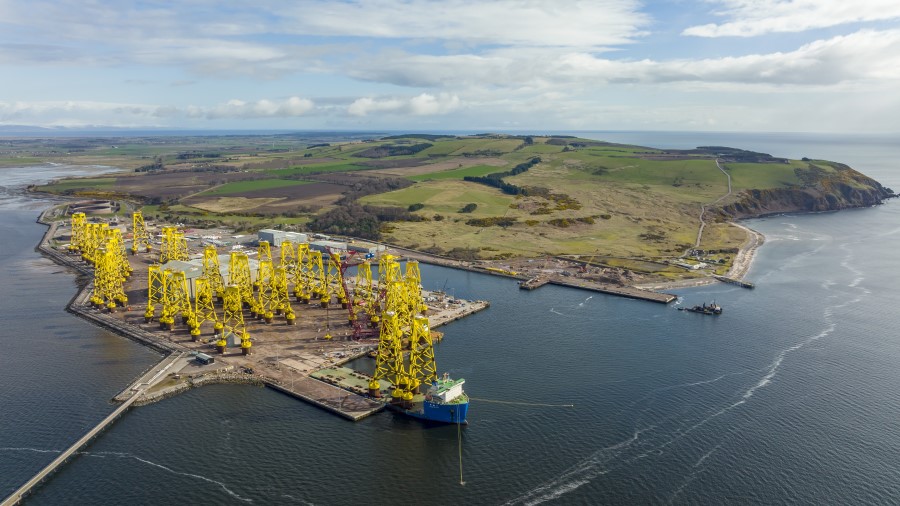 More than £2.5 billion of new private sector investment in the UK’s vital green energy sector is at stake as ministers choose the locations for two Scottish Green Freeports this summer, according to Opportunity Cromarty Firth (OCF), the consortium bidding to win the status for the Scottish Highlands.

The benefits of financial backing at such a scale would be shared across Scotland and the UK, creating 25,000 jobs, as well as accelerating the decarbonisation of the power industry and the just transition to net-zero, according to OCF.

OCF submitted what it described as a “compelling and logical” bid for Green Freeport status for the Inverness and Cromarty Firth area ahead of today’s 10am deadline set for bids by ministers in London and Edinburgh.

A deep, sheltered North Sea inlet on the east coast of the Highlands, the firth is the focal point for the rapid development of the UK’s new offshore wind industry and has served as a hub for the oil and gas sector for more than half a century.

It is widely regarded within the renewables sector as the only location in the country suitable for manufacturing equipment at the speed and scale needed to deliver cheaper electricity and energy security. The bid is backed by 13 of the 17 winners of ScotWind seabed leases for new offshore windfarms.

The drive to set up fixed and floating offshore windfarms is also spurring development of a new green hydrogen industry, with the Highland area at the heart of large-scale developments and export opportunities in that emerging sector.

OCF said in its bid a proposed floating “super wind hub” assembly and production facility – a development that would be enabled by winning Green Freeport status – sets the area apart from the rest of the country.

The offshore wind boom, coupled with Green Freeport status, is forecast to create around 25,000 direct and indirect jobs, with the majority (around 15,000) in the Highlands, during a decade of construction alone. That phase is expected to contribute around £6bn to the economy, with a further £60m-a-year being generated during the operational lifetimes of the windfarms.

Bob Buskie, chief executive of the Port of Cromarty Firth, speaking on behalf of OCF, said: “We believe the impact of Green Freeport status would be transformational for the viability of projects the renewables industry needs to deliver and would be pivotal in attracting £2.5bn of new private sector investment.

“Central to that would be the establishment of the super wind hub facility on the firth, which would stimulate component manufacture in Scottish and UK ports, rather than this activity happening abroad.

“The Cromarty Firth is going to be at the very heart of the UK’s energy production map for many decades to come, in the way former coal mining areas were in the past and the north-east of Scotland has been with its key geographical role in the North Sea oil and gas industry.

“We have been working closely for more than two years with renewables developers, the supply chain and many other stakeholders to examine in detail what can be achieved locally and nationally through Green Freeport status in the Highlands. We are confident the result of that process is a compelling and logical bid.”

Roy MacGregor, chairman of Port of Nigg owner, the Global Energy Group, added: “The renewables industry is going to make a bigger, longer-term positive impact on the Highland economy than any other sector has, including our half century involvement with oil and gas.

“That industry knows this area can deliver the location, the facilities, the experience and ambition it needs. Green Freeport status, which will attract new investment and help nurture innovation, offers the key to ensuring this massive opportunity can be taken to its optimum level, for the benefit of the Highlands, Scotland and the UK.”

The OCF consortium, launched in 2020, includes the ports of Cromarty Firth, Nigg and Inverness and also Inverness Airport. It is backed by Inverness Chamber of Commerce and more than a dozen businesses, as well as public sector organisations, and academic bodies, including The Highland Council and the University of the Highlands and Islands (UHI).