Rural Stirling Housing Association has responded to claims that its plans to build affordable homes on the banks of Loch Lomond will “devastate” the famous West Highland Way long-distance walking route.

In an article in yesterday’s Herald, villagers in Balmaha said that the 96-mile walkway is being threatened by the proposed development of 22 houses on a five-acre woodland site nearby.

Professor Dino Jaroszynski, chairman of the Balmaha Biodiversity Community Action group, a local community group formed to protect the wild woodland site, said the homes would destroy the habitat and ruin one of the area’s main tourist draws.

He told the Herald: “The ancient woodland in Balmaha is extremely valuable, not just as one of the jewels in the crown of the West Highland Way, but as a genuine environmental concern. We’re planning to protect this area with a giant biodiversity project, similar to that in Ben Lawers.

“Several rare and protected species can be found on the land; otters nest there as do red squirrels, we have a healthy colony of endangered slow-worms – all of which are protected.”

However, Tony Teasdale, director of the Rural Stirling Housing Association which has submitted the plans, recognised the area as “special” and said the development has the backing of villagers and the wider community.

He said: “The area is a special area, attracting very many visitors and tourists and this is something that all involved recognise needs to be protected and sustained. However, it is also somewhere that people need to live and work. Local house prices are extremely high, there is very little affordable rented housing and local tourist businesses in the area struggle to provide the sort of accommodation that will enable them to retain employees.

“The area has seen a de-population over the last 20 years. The concern from most people that we speak to is about ensuring that Balmaha and the wider Buchanan Community Council area can be a vibrant, inclusive and sustainable community going forward. Sensitive, small scale development of the type we are proposing is a key part of this.”

Mr Teasdale added: “The article makes no reference to the very significant community support we have received over several years for our proposed development of badly needed affordable homes. Our plans are the result of close consultation with the community which first approached us for assistance to meet local housing needs in 2003.”

Last month, the Loch Lomond and the Trossachs National Park Authority approved its Local Development Plan which included a target to deliver 75 new homes across the area “in order to sustain communities and meet demand for smaller, modest sized and affordable homes for young people, families and older people”.

And Mr Teasdale also highlighted that the Buchanan Community Plan (2015-20), which sets out the community’s own priorities and aspirations, makes clear reference to the proposed development of affordable housing on the site.

He said: “Our proposal is to build affordable homes to meet a recognised local housing need. The public drop-in event we held in December was an extremely well attended event with over 100 local people in attendance and which confirmed the very strong interest in, and need for, the various forms of affordable housing that we are proposing.

“Expressions of interest from local folk with a need for such homes already far outstrip the number of homes that we will be able to build.”

Mr Teasdale said he believes that impact on the views from the West Highland Way would be “insignificant” as the walkway does not pass near the proposed new homes.

He added: “The development will sit within a woodland and be shielded from view on all sides by the trees. These trees are to be retained and protected. The new homes may be visible from the very top of Conic hill but we have chosen colours and materials to blend in with the woodland setting.”

An experienced ecologist has also been appointed to advise on the proposals, undertaking more than 18 months of work assessing the ecology of the site and species present.

Among the people in the local community who back Rural Stirling’s plans is Sandy Fraser, owner of the Oak Tree Inn in Balmaha, a business which relies heavily on West Highland Way trade, who said: “I strongly support the proposal for new homes to meet the needs of people who live and work in the area.”

Joe Twaddle, a Balmaha resident and until recently the long-standing Secretary of the Community Council, added: “The development of this site is extremely crucial to the future of the East side of Loch Lomond to reverse the depopulation of a once vibrant community. Majority local support for the new homes has been consistently demonstrated during consultations over several years.”

Dr Joel Milner, a local resident and reader in Plant Pathology at the University of Glasgow, has carefully researched the site and strongly contests the claims that it is ancient woodland.

He said: “The site has not only been Forestry plantation for more than 40 years, but has in fact been a plantation from the early 19th century. Unlike areas of forestry elsewhere in the surrounding area which were at least in part ancient woodland and a valuable habitat prior to the post-war planting of conifer trees, the site at Balmaha would not rapidly regenerate to its post-glaciation natural mixed deciduous oak cover and the proposed housing development should not be held back for such reasons.” 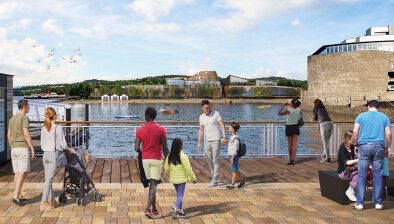 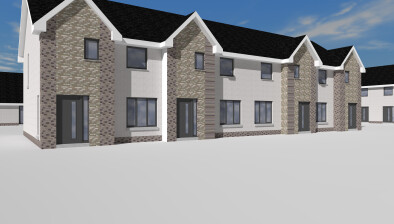