More than 20 new could be built on the site of a former nursing home under newly lodged plans from Maryhill Housing Association. 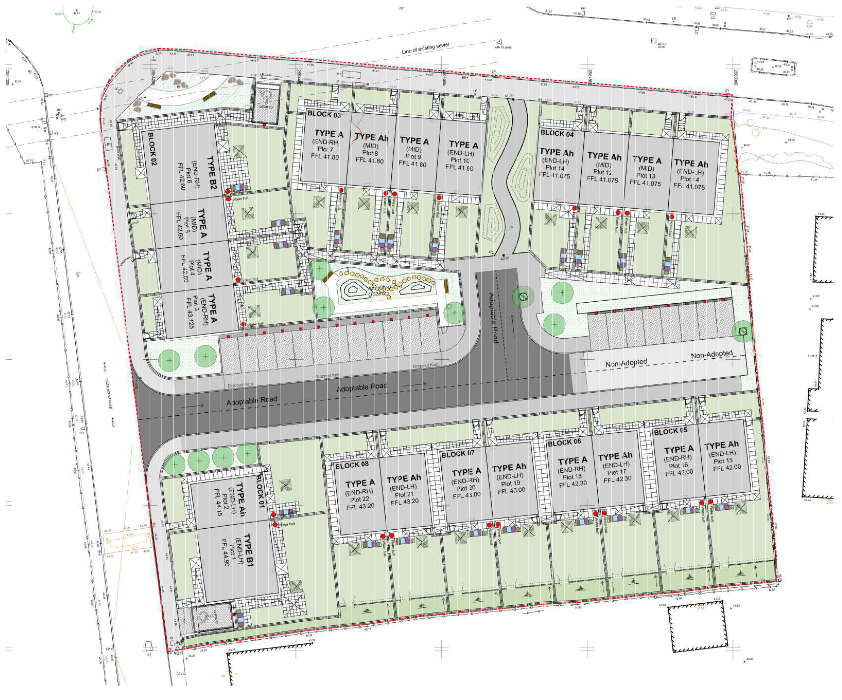 The Association wants to build 22 homes on the land at Rothes Drive where Ferguson Anderson House, a nursing home for the elderly, stood until it was demolished in 2018.

Designed by architects Anderson Bell + Christie, the properties would all be three-bedroom houses, suitable for five people, with two wheelchair adaptable properties included.

According to the Glasgow Times, the proposal was approved in November last year but a number of changes, including to pedestrian links and house types, now need to be approved.

A memorial plaque on site has been proposed in dedication to Sir William Ferguson Anderson, a prominent Glasgow geriatrician whose name was given to the former nursing home.

A planning report states: “A number of subsequent revisions to the proposal tied to an approved development and regeneration services funding agreement have been made. An amendment to planning is being submitted to take account of these changes.

“At present the proposals have been designed so that each home has a generous garden space to the rear and a green set back from the pavement edge, providing the opportunity for attractive street frontage,” the report adds.

“The site benefits from proximity to Maryhill Park, which has both a children’s play area and extensive grass area for multi-purpose activities.”