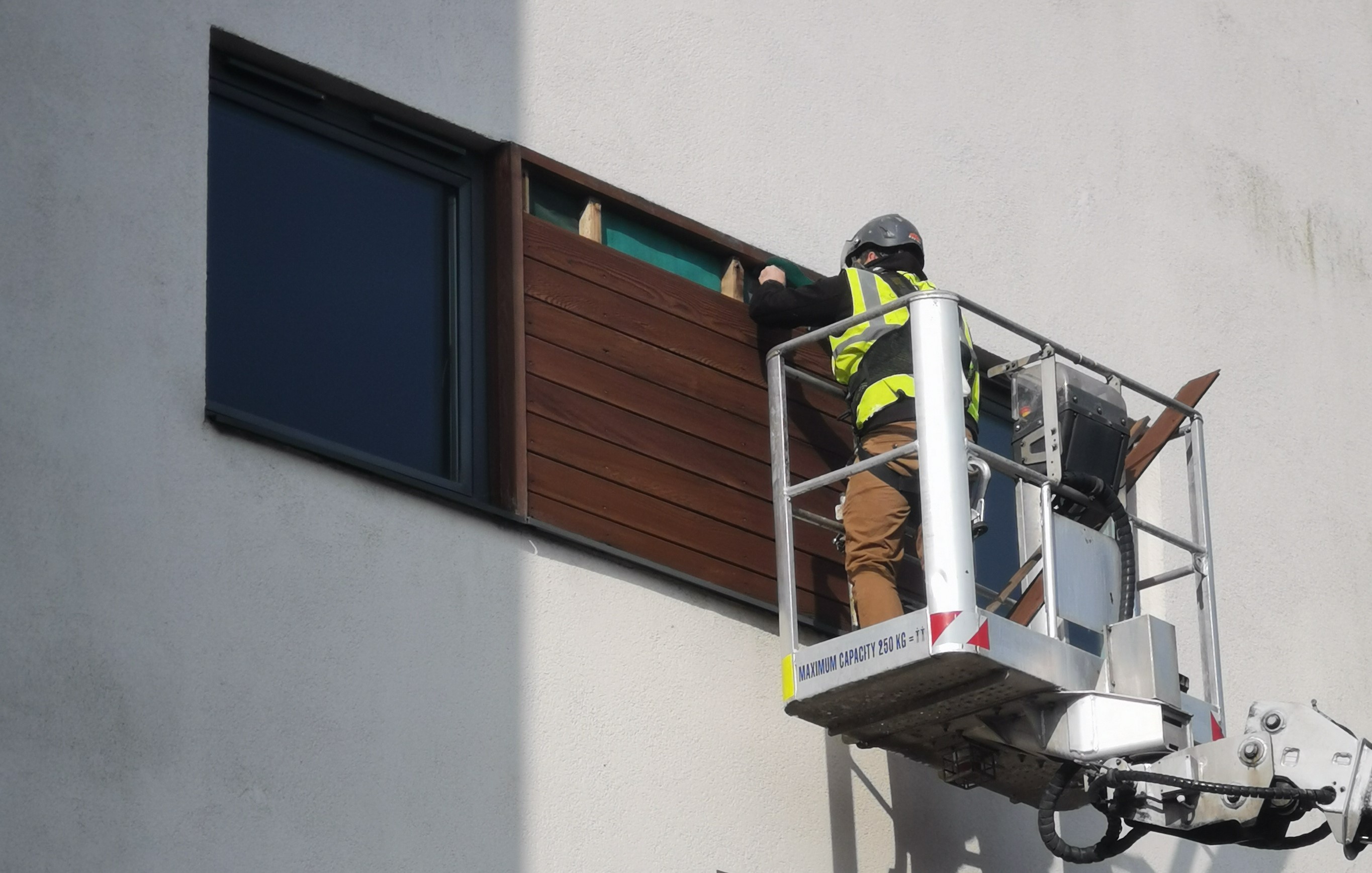 Some of the country’s largest housing developers have agreed to work with the Scottish Government and others to address cladding issues, amid fresh calls for a UK-wide approach to building safety.

Under the Scottish Safer Buildings Accord, developers will be expected to fund works to properties they built to address safety issues identified through the Scottish Government’s Single Building Assessment programme. Public funding will be prioritised for buildings that are not linked to an existing developer.

The assessment programme, announced last year as a pilot, will be expanded to include another 80 buildings, meaning that more than 100 high-rise towers in total will be part of the scheme. A new streamlined process for commissioning the assessments will help identify at-risk buildings more quickly.

“This is the next big step towards addressing the cladding crisis in Scotland,” Ms Robison said. “While I know this has been a stressful and frustrating time for affected homeowners, it has been vital that we take the time to understand this incredibly complex issue so we can now start to address it. Let me reassure homeowners again that we expect the vast majority of buildings to be safe.”

The announcement follows calls from the Scottish and Welsh governments for the UK Government to extend its England-only developer pledge, which commits developers to repairing buildings they were involved in developing, to the rest of the UK.

In a statement to members of the Senedd yesterday, Julie James said: “We continue to do everything in our power to repair building safety defects – without these costs falling on leaseholders – and to reform building safety law. But there are many things our governments can do to improve building safety on a UK basis.

“I was therefore deeply disappointed when the Secretary of State for Housing, Levelling Up and Communities Michael Gove announced an England-only developer pledge last month.

“The Scottish Government cabinet secretary for social justice, local government and housing, Shona Robison and I have repeatedly called on the UK Government to adopt a UK-wide approach to the pledge.

“The UK Government’s unilateral approach to building safety issues makes it harder to ensure all developers take their responsibilities to contribute towards the costs of fixing building safety problems in Wales seriously.

“It inhibits our ability to hold developers and manufacturers to account for fixing their mistakes and it runs counter to the recent Review of Intergovernmental Relations.

“It also creates more confusion for residents at a time when they need consistency and clarity.”

Ms Robinson added: “Although the Scottish and Welsh Governments worked hard to seek a four-nations solution to support these homeowners, we have been disappointed at the England-only approach taken by the UK Government. I see no reason why a developer that has agreed to fund works in England would decline to make the same commitment for Scotland.

“We are reliant on consequential spending from the UK Government for this programme, and have committed to spending any and all consequentials received for cladding on assessment, safety and remediation for homeowners.

“This is a problem government can’t fix alone, and I look forward to working collaboratively and at pace with developers and homeowners to fix buildings affected by dangerous cladding.”

A Single Building Assessment is a comprehensive inspection of whole blocks of domestic residential buildings – looking at fire safety and suitability for mortgage lending. There is no cost to property owners for these assessments, which identify what needs to be mitigated or remediated on a building-by-building basis, and in line with the most current building standards.

Legislation banning combustible cladding on high-rise buildings, and the highest risk metal composite cladding material from all buildings, was laid last month. This is the third set of changes made to fire safety standards for cladding in Scotland since the Grenfell Tower Fire.

The Single Building Assessment programme was the outcome of the Building and Fire Safety Ministerial Working Group, established by the Scottish Government the day after the Grenfell Tower fire.

Chris Ashurst, High Rise Scotland Action Group co-ordinator, said: “The Scottish Safer Buildings Accord, initiated by the Scottish Government, is good news, and such a joint, collaborative approach with developers and industry is the best way to get the right outcome for homeowners.”

The Scottish Safer Buildings Accord is being developed with Homes for Scotland, a membership body for housing developers, alongside homeowners and other key partner organisations. These groups will work collaboratively to identify solutions for domestic buildings affected by cladding issues.

Nicola Barclay, Homes for Scotland chief executive, said: “I am pleased to confirm that Homes for Scotland has agreed to work with its members and Scottish Government to develop an Accord which will include the broader sector in time, reflecting the responsibilities of all parties involved in the design, construction and inspection of buildings.”