A planning application regarding proposals by New Gorbals Housing Association (NGHA) and Urban Union to deliver a residential development on the site of the former Coliseum Theatre in Laurieston has now been submitted. 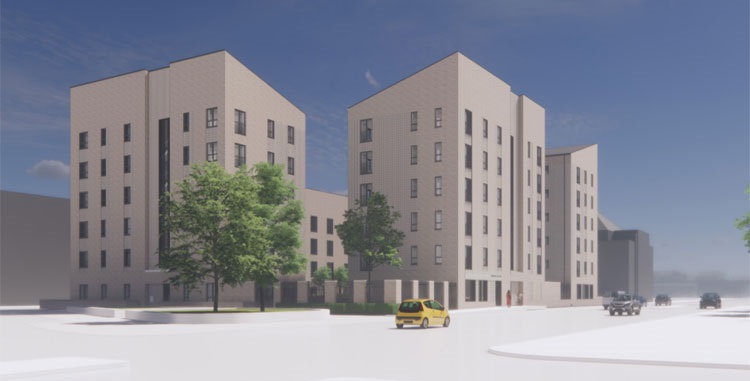 Designed by Reiach & Hall Architects, the project will deliver 64 dwellings and associated amenities, plus a landscaped courtyard, on two adjoining plots at 99-111 Eglinton Street.

Initially mooted in 2018 when NGHA acquired the site, the joint venture project forms part of the Laurieston Transformational Area (TRA). It will provide 26 homes for sale, and 38 homes for social housing use. 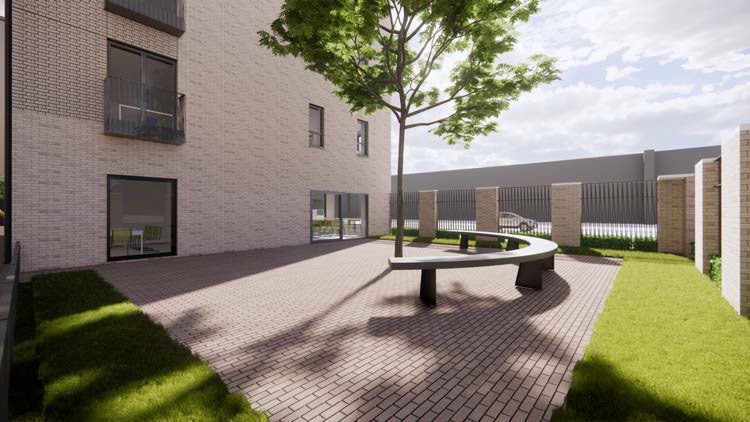 It will also incorporate the community rooms that are currently hosted on the site, enhancing and enlarging the space, and creating an associated garden.

Ahead of a public consultation earlier this year, NGHA said it seeks to develop a dense, city centre housing development which forms a key frontage for the Laurieston TRA onto Eglinton Street, while maintaining the architectural and urban design quality achieved in the Association’s earlier phases on Cumberland Street/Margaret Street, and Gorbals Street. 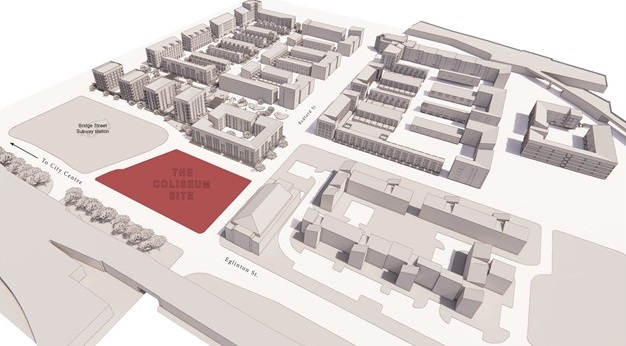 The theatre later became a cinema and then a bingo hall. It was knocked down following a fire in 2009.