In Pictures: CALA marks one year on-site at Jordanhill Park

CALA Homes (West) has marked the completion of its first year on-site at Jordanhill Park with a look back at the important construction milestones reached so far. 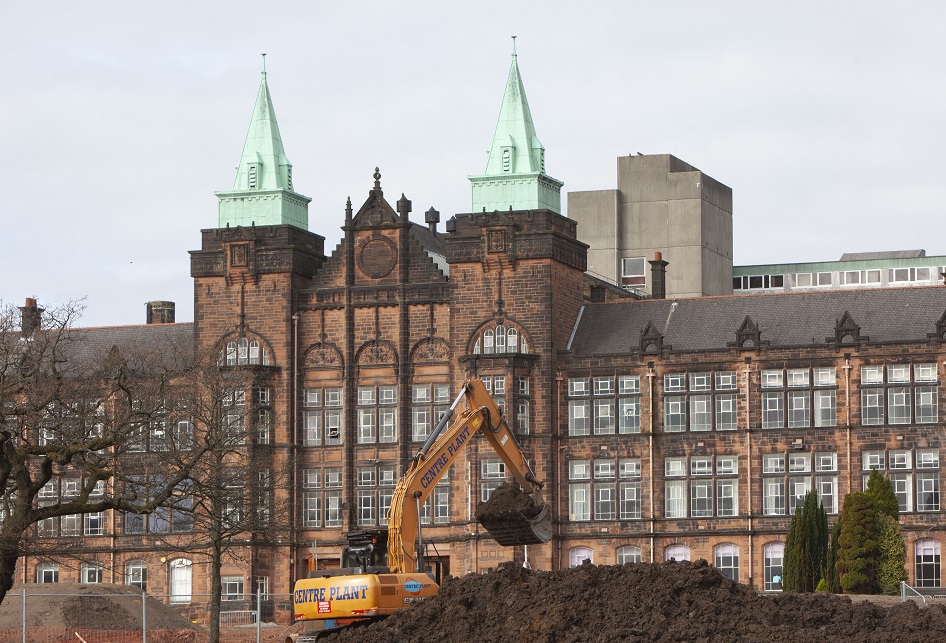 The team has now been on-site for one year, facilitating the build of the multi-million-pound development on the former Jordanhill College Campus.

Thanks to partners Dem-Master, the demolition phase is now complete and 19 buildings have been carefully taken down across the 31-acre site over the last 12 months. These include the iconic Sir Henry Wood building which was previously visible on the Glasgow skyline from various viewpoints across the city.

Demonstrating both partners’ commitment to sustainable demolition and development, almost 100% of all materials recovered were diverted from landfill and recycled.

The materials diverted from landfill will continue their cycle of life and go on to be used on road projects and within the biomass industry, whilst a further 40,000 tonnes of inert materials recovered from the former university buildings will be reused within the new development.

More than 4,000 tonnes of materials – equivalent to almost half the weight of the Eiffel Tower, or almost 40 blue whales – including timber, metal, inert brick, electrics and mixed recycling, has been recovered from the demolition phase to date.

A further 40,000 tonnes of inert materials recovered from the former university will be reused on-site within the development.

This involved drilling over 2,700 boreholes, completing over 115,000m of drilling, as well as injecting 2000 tonnes of grout into the coal seams underlying the site.

The team of up to 30 people, which was at one point were using eight drilling rigs on-site, have now demobilised from the project.

As the demolition phase reaches conclusion, the homebuilder’s focus turns to the restoration and refurbishment of the remaining historic buildings on site – including the iconic David Stow – as well as the continuing construction of the first new-build apartments. 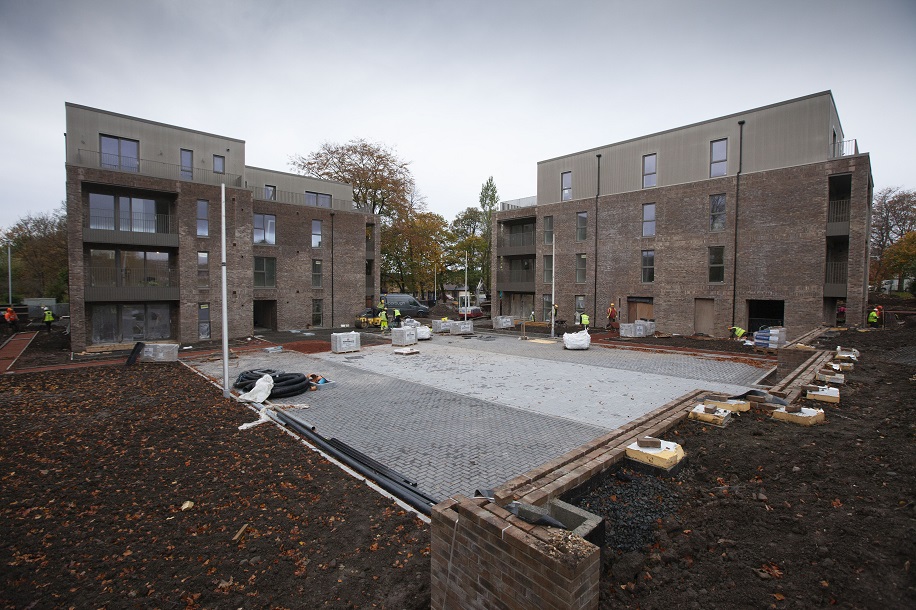 Before restoration work at the David Stow building began, BBC Scotland used the building to film scenes for its hit drama Trust Me earlier this year.

Community relations has also been a major focus for the CALA team over the last year, with visits from a local Prostate Scotland representative taking place where the largely male workforce were told about the importance of early detection, to a tree-planting project with children from the nearby Westbourne Gardens Nursery.

David Sutherland, CALA Homes (West) project director at Jordanhill Park, said: “The safe conclusion of the first year on-site is a hugely important milestone, and I’m really proud of both the CALA team and our supply chain partners.  I am very proud of what has been achieved this year.

“The removal of the Sir Henry Wood Building in particular was significant, as it has been a visible part of the Glasgow skyline for a number of decades.

“Whilst the final parts of the demolition work takes place, we are now really shifting our focus to bringing the rest of the development to life. The first of the new-build apartments are coming along very well, and the careful restoration of the David Stow is getting well under way.” 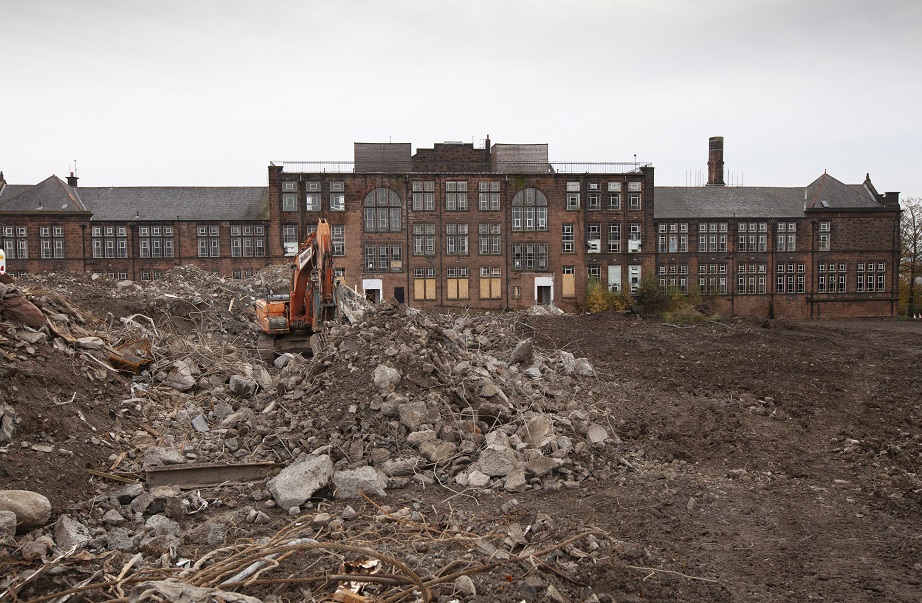 Richard McCulloch, director of Dem-Master, added: “We have been proud to work alongside CALA Homes on one of their flagship developments in Scotland, and are delighted to see the demolition phase substantially complete.

“With the visible parts of these buildings removed, we have changed the face of the former Jordanhill College Campus. Like CALA Homes, we place a large emphasis in protecting the environment – from diverting the maximum volume of waste material from landfill, to ensuring we keep our carbon footprint to a minimum transporting materials to our network of waste facilities across Scotland.”

The development is set to deliver a total of 400 homes by 2024. Designed by architects 7N, Jordanhill Park will offer a diverse range of luxurious contemporary homes – from stylish one-bedroom apartments to spacious, detached five-bedroom family homes.

As well as new-build properties, CALA Homes (West) will carefully restore the iconic David Stow building, Douglas and Graham buildings, as well as additional former university buildings, as part of the development.