A new image has been released showing how the new Aberdeen FC stadium could look as part of the city’s beach development. 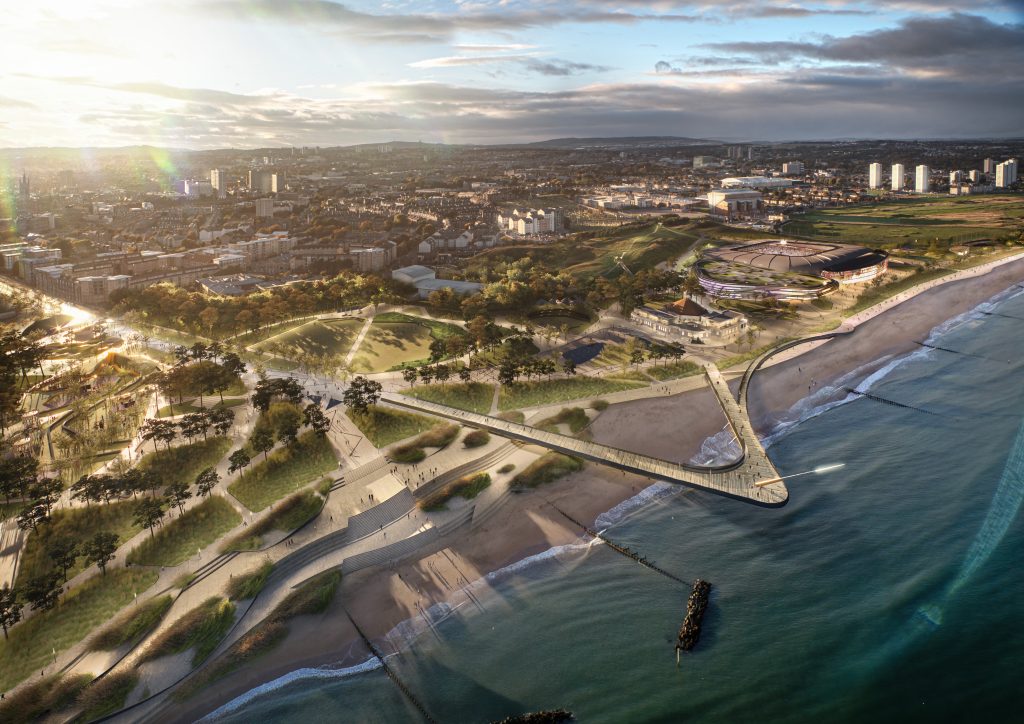 The new renderings have been released to encourage support for the project that will completely transform the area where the current stadium stands.

A transformative regeneration of Aberdeen’s city centre, former market, and beachfront was given the go-ahead at the November 2021 City Growth and Resources committee meeting.

From Bellfield to Loirston and, for some time, Kingsford, finding a new home has been a long and arduous process for Aberdeen FC. Having secured planning consent for Kingsford in 2018, the club quickly built the new training facilities, while plans for the adjacent stadium were contingent on meeting planning conditions and securing funding. The global pandemic put the brakes on this.

Towards the end of 2019, recognising the urgent need to retain footfall in a city centre devastated by the withdrawal of major retail brands, Aberdeen City Council approached the club to explore the potential of locating its new stadium at the beach. The aim is to place the stadium at the heart of the regeneration of the beachfront on land that was previously unavailable to the club. 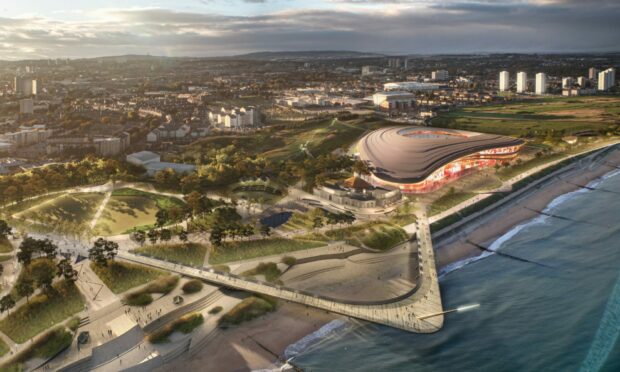 As part of the overall City Centre Masterplan, the regeneration of the beachfront will improve the connectivity between the city centre and the boulevard. A new stadium as a focal point would be the catalyst for the redevelopment of facilities to deliver a world-class community sports complex, revitalizing the beach area.

The council’s public consultation on the City Centre Masterplan revealed that the top two priorities for the citizens of Aberdeen were improvements to Union Street and keeping the club in the beach area.

Aberdeen FC has been working closely with Aberdeen City Council on the designs and an outline business case for a new stadium and community sports complex, incorporating an ice rink and leisure centre.

The image shows a large stadium and a glass facade on the side facing out towards the North Sea.

The graphic also shows a large building connected to the stadium with a rooftop garden and a sleek, curved design.