Proposals to refurbish Inverurie Town Hall and add an extension to provide office accommodation have been lodged by Aberdeenshire Council. 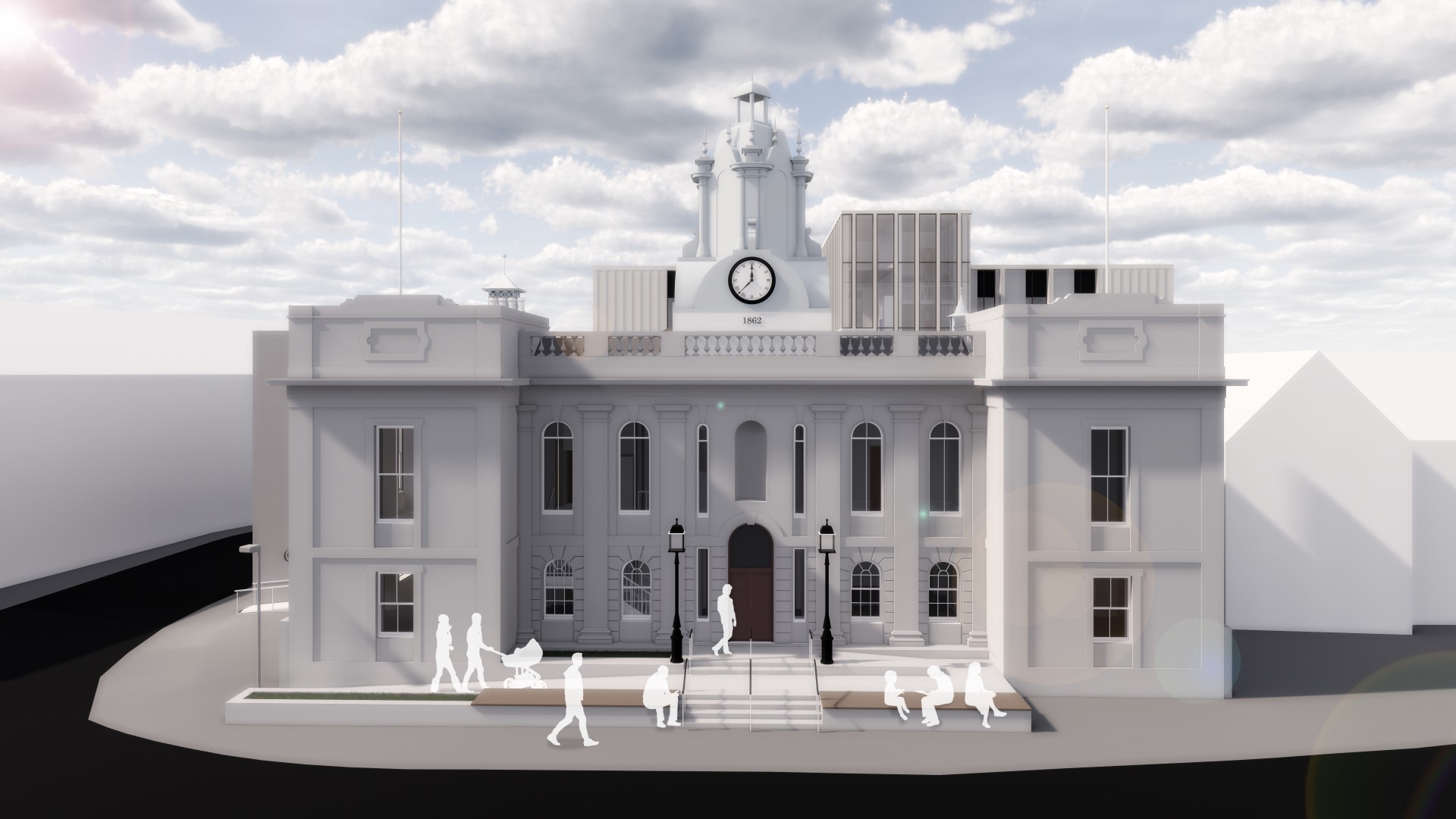 The development would involve refurbishing and improving access to the category B-listed town hall, along with the creation of a triangular extension to the rear of the building to bring Aberdeenshire Council services into the town centre.

The project would also involve diversion of the Overburn culvert, which is part of the Inverurie Flood Protection Scheme.

The extension would cater for up to 450 members of staff working on a flexible basis, allowing for the release of other council sites in the area. The building would provide space for a customer service point and registrar services, alongside general office space and meeting rooms.

The existing town hall would remain a community facility, with a new ramped entry and push pad operated doors providing better access, along with an internal lift giving access to the first floor of the building.

Inverurie Library would also remain in use, with the plans including the refurbishment of its exterior. And nearby a publicly accessible ‘changing places’ facility would be created in the extension, providing 24/7 access directly from the street. 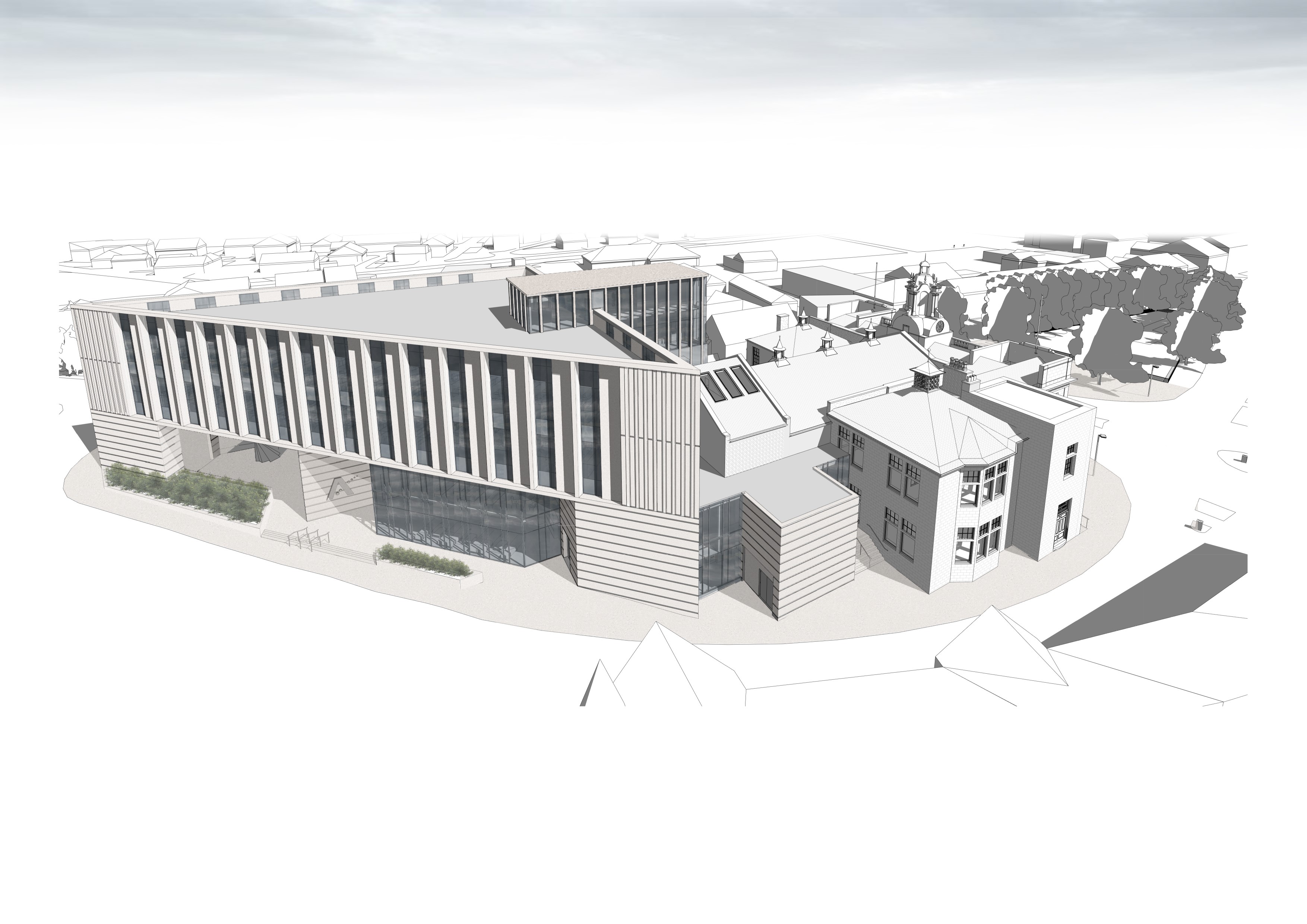 As well as refurbishing the town hall, the project aims to make public services accessible for all in a central location and provide improved additional spaces for community use, while in turn increasing footfall in the town centre.

The council has also been working with Zero Waste Scotland to discuss sustainability considerations.

While clearly modern in design, the extension would mainly be built in reconstituted stone with the colour and mix of materials reflecting those of buildings in the town centre.

Public access would be available on the first two levels of the building, with office accommodation on the second and third levels. The highest part of the building would be a bold stair column and circulation area providing views of the striking town hall clock tower.

The site lies close to rail and bus services, with the development including cycle parking and locker space, as well as changing and shower facilities within the building for staff.

In terms of parking, five accessible spaces would be created on the main site and accessed from Port Road. 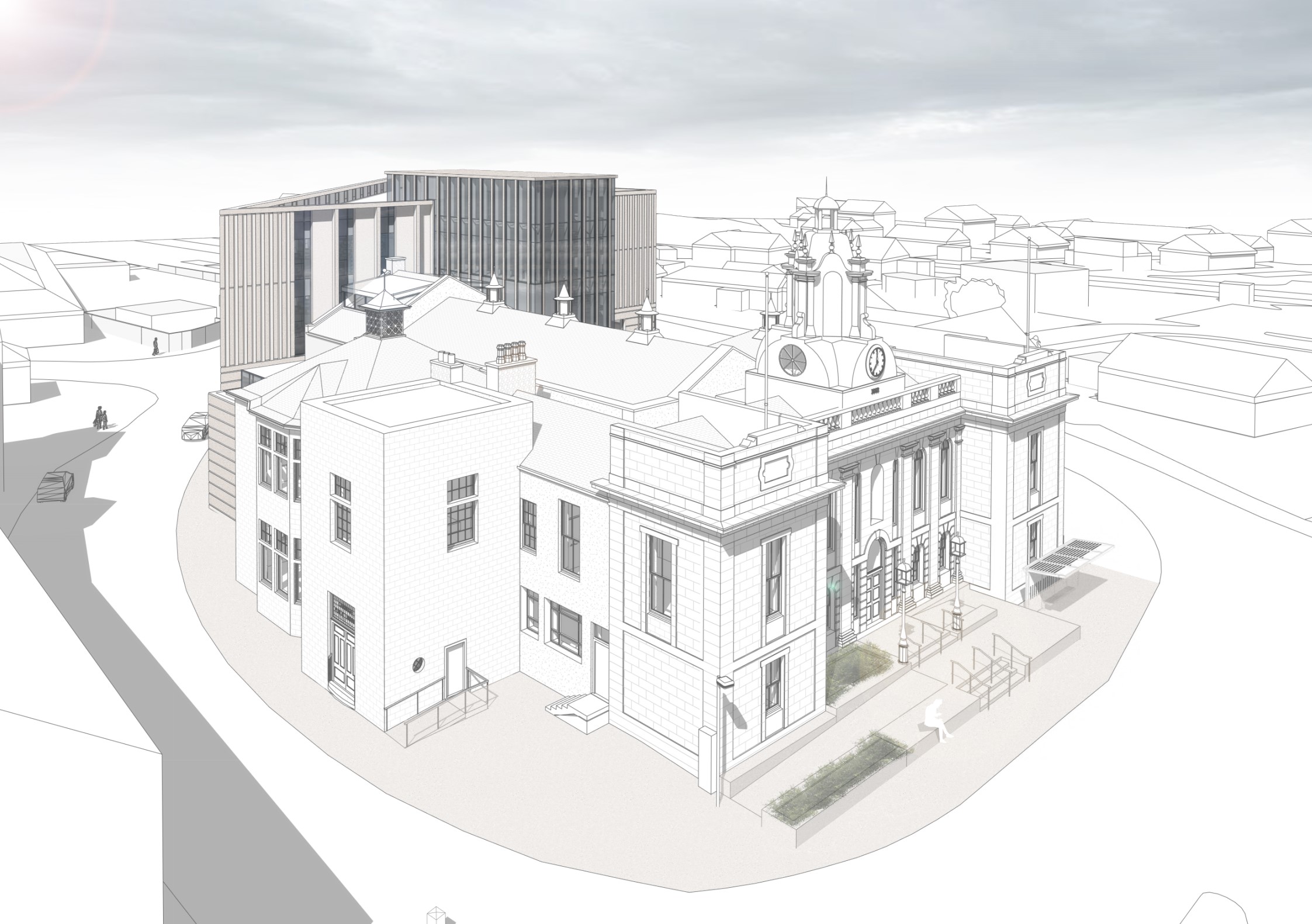 The Burn Lane car park would be changed to pay and display operation, and a further 39 pay and display places would be created at the former Marketplace School site, with provision for electric vehicles, and for council vehicles such as pool cars.

The existing council offices at Gordon House would be demolished to provide 100 free parking spaces associated with the new office.

The possibility of ‘reconnecting’ the town hall to the nearby war memorial garden was explored but does not form part of the proposals, although pedestrian space would be enhanced to allow for more recreational use. Access bus services would be retained in front of the hall.

“Inverurie Town Hall is a landmark building in the town, and community input has been key in developing proposals that are both bold and sympathetic.

“Accessibility has been a key factor in discussions, both in terms of making it easier for people to make use of the community facilities in the town hall, as well as easy access to council services.”

Planners will now assess the proposals with a view to making a recommendation. Listed building consent would also have to be secured for the project to proceed, as well as a common good order.