John McHugh: The post-Covid demand for housing in Scotland is as enduring as ever 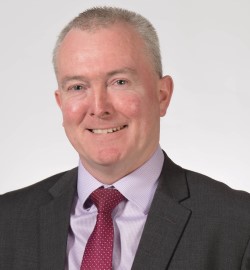 Spring is in the air in the Scottish residential property market and, after a winter which both dampened and at times froze growth, activity and interest is burgeoning again, raising hopes of a bountiful and fruitful summer.

We are in quite a different place from a year ago, when the storm clouds were just beginning to gather on the horizon. Now, cautious optimism is permeating not just the housing arena, but many other sectors of the economy as well.

It is not hard to see why. After 12 months in the doldrums, there is a widespread sense that restrictions may be beginning to lift at last – with less of a threat that the cell door will slam shut again. Schools are heading back, the vaccine rollout continues to be a spectacular success and people are drifting back to work.

Spring and summer promise to be periods of frenzied activity, comparable to July and August last year when lockdown was first eased. Then, the market bubbled away nicely until the brakes were hastily applied again on Boxing Day and activity dropped down several gears in January and February.

Now that we are back on the road, agents are reporting that they have a cornucopia of stock lined up on their books just waiting for the sellers to press the start button. There is a feeling that people are champing at the bit to get on with their lives.

But unlike last year, when we had to cram a completely lost Spring market into a frenetic Summer market, this year promises a more measured market, which should allow the pent-up demand to come through in a controlled manner, rather than as a dam burst.

And there is no doubt that aspects of the market are irrevocably changed. While in pre-Covid times aspirational moves tended to be price-driven, the new, fluid job market in which the majority of people are now operating has focused attention on other attributes.

An increasingly dominant factor on the wish list now is more space – a most understandable imperative for families in which both parents are hot desking in the kitchen while trying to maintain some educational stability in their children’s home schooling.

Gardens, views, countryside and local amenities have assumed a much greater importance for people whose lives have been confined for a year and, as a consequence, peripheral markets have done very well of late. As well as offering a different lifestyle, they have the added attraction of being significantly cheaper.

Of course, Glasgow and Edinburgh will always be vibrant, but buyers in this more comprehensively interconnected period are also looking further afield – in the case of the former to Renfrewshire and Ayrshire, and in the latter to Fife, the Borders and East Lothian.

The North East has always been a distinctive market in its own right, still dominated by the hydrocarbons industry, and the North West has seen a surge in demand, with our offices in Oban, Elgin and Inverness reporting huge interest in lifestyle opportunities.

We can have little to complain about in a year where official statistics report average prices across Scotland rising by 8.4% and the number of sales rising by over 30%, but there has to be a degree of disappointment that the extension of the stamp duty holiday in England until June, with tapered relief until September, has not been matched in Scotland.

The rationale in Holyrood for stopping the limited concessions in Land and Buildings Transaction Tax at the end of this month (March) appears to be that the market is active, the stimulus has done its job and therefore it is no longer necessary.

It has to be remembered, however, that the property market is always a major economic driver and there surely also has to be an argument, as seems to have been recognised by the UK Chancellor, for keeping it stimulated as we claw our way to post-Covid recovery.

And that recovery, when it comes, could well be a rollercoaster ride. The Bank of England note that significant amounts of money have been accumulating in people’s pockets over lockdown – in December the estimate was over £100 billion – and, when it is unleashed, we could be heading for a new Roaring Twenties.

Scotland has great choice and diversity in its housing, as well as affordability, and there is no reason why we should not also forge ahead. But perhaps, by the end of the summer, a more desirable state might be a steady but unspectacular market with stable price growth.