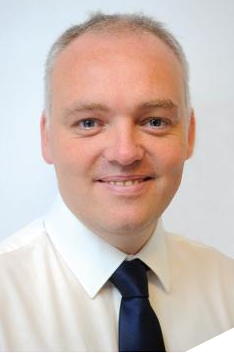 Director of regional economic growth Kevin Rush highlights some key milestones and outcomes achieved by the Glasgow City Region City Deal during the past year and looks ahead to a promising 2021.

Reflecting back on the past twelve months - it’s been a challenging year for us all and no less for the Region’s economy and businesses.

Unsurprisingly the pandemic has had a knock on affect on our City Deal Programme too, with construction site closures, changes to working practices impacting pace of work or staff numbers on site, procurement delays, difficulties in securing goods or services and third party programmes slippage.

However, partner councils have now completed the exercise to review infrastructure projects and their delivery in light of Covid-19. Earlier this month our annual City Deal review meeting with the UK and Scottish governments also provided the opportunity to discuss the impacts of Covid-19 and how we plan to address these.

I’m pleased to report that the Glasgow City Region Cabinet has signed off the updated Programme Plan which sets out a revised schedule of delivery for most of our infrastructure projects. This really is positive news. While changes to delivery dates are disappointing - given the circumstances and the unprecedented challenges presented by the pandemic, they are inevitable. The governments and our partner councils are committed to proceeding with all of the City Deal infrastructure projects. We now have that mandate and a clear direction of travel. And although this may be subject to further change with the risk of future lockdowns, we are in a better position to move forward with all the hard work done in reconfiguring the programme.

Despite the ongoing challenge of Covid-19, this past year has still witnessed notable City Deal successes.

In May, the City Region was among the first in the UK to successfully pass the UK and Scottish governments’ Gateway Review process, unlocking the next £250 million tranche of the governments’ £1 billion funding commitment.

In June, the University of Glasgow was awarded a £38m grant to create the Living Lab. Central to the creation of the new cross-river Innovation District being developed through the City Deal, it will be based next to the Queen Elizabeth University Hospital and will bring cutting edge science to a real world clinical setting, with medical treatments tailored to patients.

Just a few months ago the MediCity life sciences incubator based in North Lanarkshire and one of our first City Deal projects set up five years ago, announced it had created more than 200 new jobs and helped develop 70 new life science and med-tech businesses - with companies based there raising £26m private investment funding so far.

Glasgow’s Avenues project will see the greatest transformation of our city centre in a generation, with emphasis on green and active travel infrastructure, increased pedestrian space and improved accessibility. In November, £21m of Sustrans funding was announced for the Avenues Plus project, which will complement and extend the existing programme of 17 streets to connect the city centre to further surrounding neighbourhood routes.

In the past few weeks, over £1m of City Deal funding was approved by Glasgow City Council for improvements at Tradeston, with Barclays matching it with £1m funding of their own. The work will support the continued regeneration of the area which despite its proximity to the city centre and the International Financial Services District, has suffered through de-industrialisation with the loss of much of its population and economic base.  Barclays will host their flagship campus on 470,000 square feet of office space here, bringing an additional 2,500 jobs to the Region and making the bank one of the city’s biggest commercial employers. Work will improve place quality in the area including Tradeston Bridge, public realm and safety on key routes into it.

Our latest figures show that over £239m has been spent on City Deal infrastructure to date, with local businesses benefitting from City Deal contracts to the value of £107m (at November 2020).

All of this positive news was shared with the UK and Scottish Governments at the City Deal review meeting I mentioned earlier where we discussed our latest performance report which you can view here and which includes a number of case studies which demonstrate how vital the City Deal is for the Region in supporting jobs, people, communities and businesses and of course how it is continuing to draw further opportunity, funding and investment.

At the last Cabinet meeting of 2020, the eight Leaders signed off our Regional Economic Recovery Plan which you can view here. The plan includes a range of measures to support jobs, skills and businesses through these difficult months, with key actions being delivered by SDS and Scottish Enterprise.

It also includes details of an ambitious new Regional project - a major housing retrofit programme which will reduce fuel poverty, cut carbon emissions and create meaningful local jobs. Our proposal is for a ten year £5bn investment programme in home energy efficiency and clean energy. In light of the employment crisis brought about by the pandemic, it will create a significant number of green jobs. And it will contribute to UK Government and Scottish Government commitments to achieve net-zero carbon emissions. A long term programme of investment in residential energy efficiency and clean energy will offer significant opportunities for local companies, both delivery and supply chain. It will also provide new local skills and expertise in a growing industry and will encourage new businesses to locate within the Region.

This exciting initiative would require a sustained ten year investment that we estimate would support over 75,000 jobs and generate £4.4bn in Gross Value Added (GVA) across the City Region. In addition to the employment and economic benefits, widespread insulation across the City Region could remove 10.7 million tonnes of carbon emissions per annum.

Proposals will be submitted to the UK Government and Scottish Government early next year.

Our recovery plan, major transformational projects such as this and including the Metro, Clyde Mission and the City Deal programme will continue to be our key focus throughout next year.