SSE Renewables is to invest almost £50 million over the next two years to repower the existing Tummel Bridge Hydro-Electric Power Station with modern and efficient turbine technology. 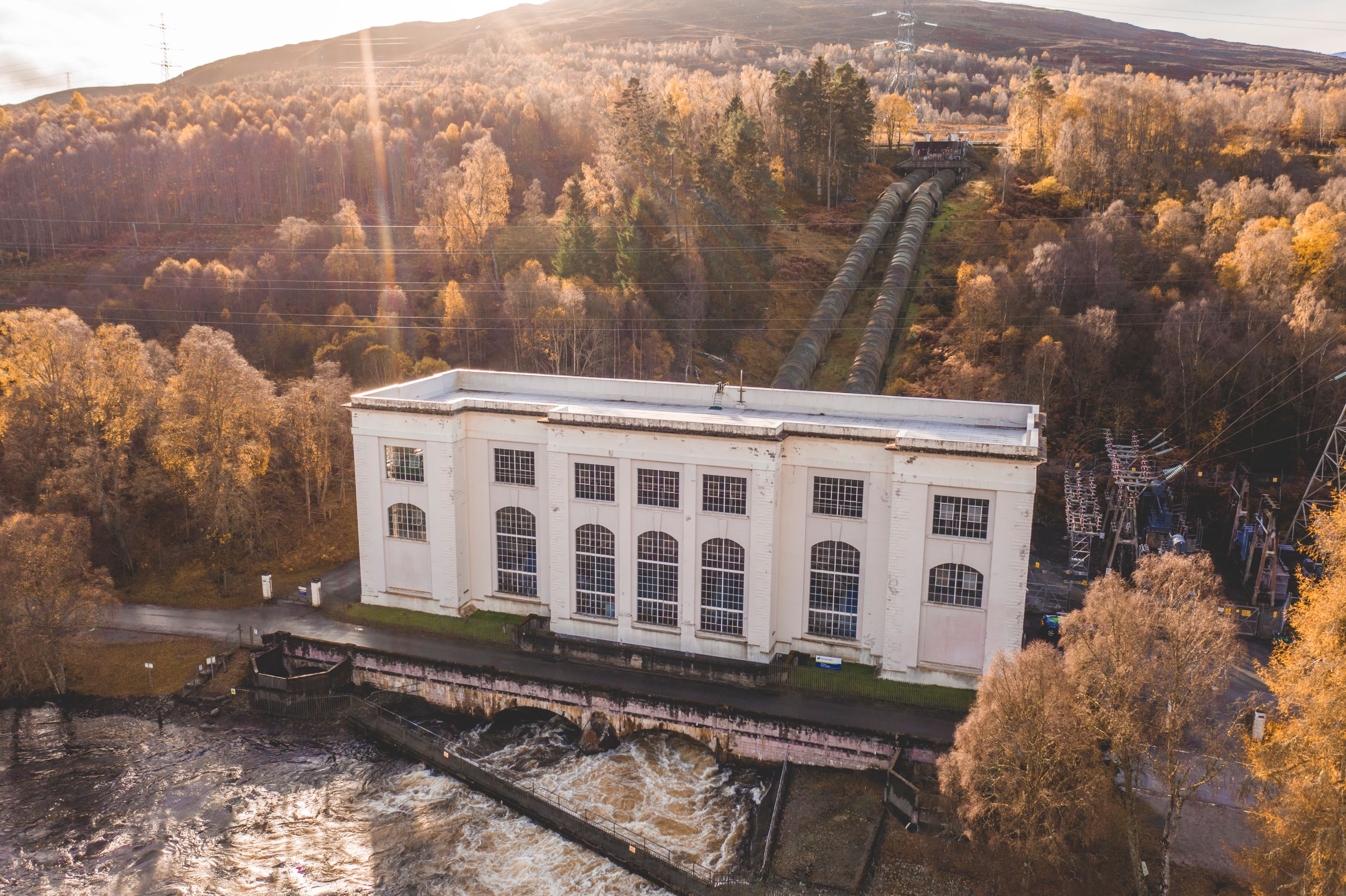 The repowering of the power station is expected to extend its operational life by at least 40 years. This means the Tummel Bridge Hydro plant will be running in the power system of 2050 and so will play a continuing role in harnessing hydro power for a net-zero future in Scotland and the UK.

SSE Renewables will commence the refurbishment works in Spring 2022 and will help support the Scottish regional supply chain and local job creation. The delivery of the works programme is expected to support up to 65 construction roles at peak.

Key contractors appointed to the project include Voith Hydro, a manufacturer of hydropower turbines and generators, which will be the lead Mechanical and Electrical (M&E) contractor for the project. Voith previously supported SSE Renewables in 2020 in successfully modernising the second machine of its Foyers pumped storage power station near Inverness, Scotland.

Stantec, an expert in hydro power plant design and upgrades with bases in Edinburgh and Glasgow, is leading on civil design and has been supporting SSE Renewables on the refurbishment project since Autumn 2018.

Global Energy Group at Port of Nigg in Cromarty Firth has been appointed for Forebay Stoplog fabrication and Tailrace Gate modifications, while the contract for Corrosion Protection works on the penstocks, or water intake structures, has been awarded to Rosyth-based KAEFER.

The contract to modernise and upgrade the 88-year-old 120-tonne station crane has been awarded to Konecranes Demag UK at East Kilbride. McDonald Scaffolding from Invergordon has been appointed as scaffolding contractor.

This is the largest single investment SSE Renewables has made in the refurbishment of its existing hydro fleet in recent times. The move comes at a time when greater emphasis is being placed on the role of hydro power to help Scotland and the wider UK achieve the goals of net zero greenhouse gas emissions by 2045 and 2050 respectively.

As the UK moves towards an electricity system with ever greater levels of more intermittent forms of renewable energy, hydro power’s ability to store its main fuel source, water, and its flexibility to generate power when needed by the grid is becoming increasingly important.

Located in the centre of the overall Tummel Valley Hydro Scheme cascade, Tummel Bridge Power Station was commissioned in 1933 and is one of the oldest hydro power plants in Scotland. The power station, which is housed within an iconic Category A listed structure, currently delivers around 140 GWh of renewable generation output each year. As well as generating its own power output, it plays an important strategic role in efficiently moving water onwards in the overall hydro-electric scheme to the Clunie and Pitlochry power stations.

Under the repowering programme, SSE Renewables will replace the existing two ‘Camel Back’ twin-runner, horizontal Francis hydro turbines at Tummel Bridge with new modern runner technology. This will result in increases to water flow, enabling an increase in the generation output at the plant from 34MW to 38MW, with a peak output of 40MW during optimum conditions.

The repowering works are expected to be completed in late 2023, coinciding with the hydro power plant’s 90th anniversary.

“I’m delighted we are demonstrating our commitment to our existing hydro fleet by making a significant investment of almost £50m to repower our Tummel Bridge Power Station,” said Peter Diver, head of hydro operations at SSE.

“Hydro power is Scotland’s original source of renewable energy and one which has an increasingly vital role to play in our path to achieving net zero carbon emissions in Scotland by 2045 and the UK by 2050. By replacing the existing turbines at Tummel Bridge with modern, efficient plant, we will be able to safely extend the operational life of the station by at least 40 years, meaning Tummel Bridge will be part of our future net-zero power system.”

“By repowering the existing turbines with latest hydro technology we are able to make best use of the available water flow and head at the station to increase generation output and maintain our capability to reliably manage water flows through the Tummel cascade.”

“And we are transforming power output at the site in a way that takes regard of the age and construction of the Category A listed building in which the power station is housed – a vital consideration for SSE Renewables in our role as custodian of this important and historic engineering site in the Scottish Highlands.”

The Tummel Bridge investment announcement was made this morning at the annual Scottish Renewables Hydro Conference, sponsored by SSE Renewables.

“A mix of renewable energy technologies will be needed if we are to meet our climate change targets, as well as smart systems to manage the way power is generated, transported and used,” said Claire Mack, chief executive of Scottish Renewables.

“Hydro, which provides almost a fifth of Scotland’s clean electricity, is an increasingly important part of that energy mix, providing as it does the flexibility to generate when power is most needed.

“Further investment in pumped storage hydropower – in which Scotland could lead the UK – and the refurbishment of existing plants like Tummel Bridge mean a more certain route to net-zero carbon emissions by our 2045 target, as well as significant benefits to local supply chain companies and communities.”

In addition to investing in the repowering of existing operational schemes such as Tummel Bridge, SSE Renewables is also actively progressing the development of its consented 1.5GW Coire Glas pumped storage project in Scotland’s Great Glen. With 30GWh of storage potential, it would be the first large-scale pumped storage scheme to be developed in the UK for more than 30 years and would more than double Great Britain’s existing electricity storage capacity if constructed.