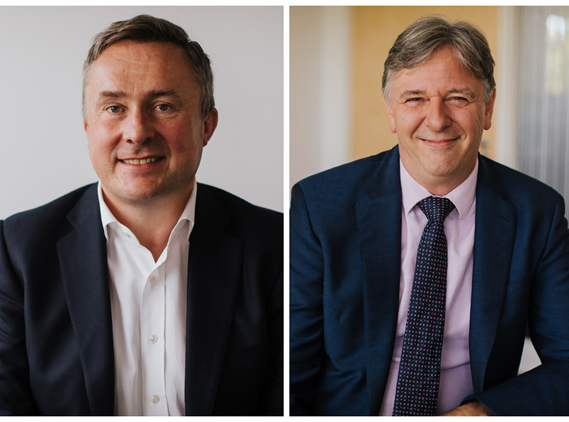 Liam Cummins (left) will be replaced by Stuart Togwell

Kier’s group managing director, construction Liam Cummins is to leave the company at the end of the year.

Mr Cummins will continue in post until the end of December and lead the construction business to ensure an orderly transition and handover before taking up a chief executive role outside of the group.

Stuart Togwell, the group’s commercial director, will take up the role of group managing director, construction from 1 January 2023. Stuart will continue to be a part of the group’s executive committee.

Stuart arrived at Kier in 2019 and during the last three years has played a fundamental role in the group’s strategic transformation including implementing a new project gateway system across the group as well as strengthening relationships with government, customers and the group’s extensive supply chain.

He has over 35 years of experience in the built environment and, prior to joining Kier, held a number of positions at Wates Group where he was instrumental in growing both its public and private sector markets, including its Living Space housing maintenance division. He is also a chartered surveyor, attended IMD and INSEAD, is a qualified leadership coach and a board member of the EKFB Joint Venture.

Andrew Davies, Kier Group CEO, said: “I would like to thank Liam for his hard work over the past three years. Liam has been an integral part of our leadership team and I wish him every success in the future.

“I am delighted that Stuart Togwell, currently group commercial director and a valued member of the executive committee, assumes the position of group managing director, construction. Stuart’s wealth of experience in the construction sector, as well as his focus on operational and commercial excellence and his people-first approach, mean he is well-placed to lead our construction business and help to deliver our medium-term plan.”