Kingdom Housing Association (KHA) has unveiled an ambitious development programme that will see it aim to deliver an estimated 2,003 affordable new homes over the next five years. A minimum of 70% of the new homes will be for social rent with the remainder being mid-market rent properties, creating mixed tenure communities and supporting local economic development.

Developing affordable housing in Fife, Perth & Kinross, Falkirk, and Clackmannanshire both for Kingdom and for its partners supports the Scottish Government’s Housing 2040 Strategy and its goal to deliver 100,000 affordable homes by 2031/32.

During the life of the last Scottish Parliament period Kingdom delivered 1647 new homes at a total investment of £257.6 million with a further 904 new homes under construction at the end of March 2021.

Julie Watson, interim head of capital investment at Kingdom, said: “Kingdom’s 2020/21 development programme generated a total investment of over £60m, more than four times the total investment in 2015/16 which demonstrates our ongoing commitment to building great homes and great communities.

“Our future build programme also recognises our commitment to providing high quality, highly energy efficient homes which not only saves our tenants money in fuel costs but also contributes to Kingdom’s strategic objectives in terms of sustainability and climate change.”

Bill Banks, Kingdom Group chief executive, added: “We pride ourselves on our collaborative approach to the delivery of affordable housing and have alliance agreements in place with Fife, Glen and Ore Valley HA’s through the Fife Housing Association Alliance (FHAA) and Ochilview HA in Clackmannanshire.

“The FHAA is the lead developer in Fife and Kingdom is the lead RSL developer in Clackmannanshire. Significant levels of investment were made by the Scottish Government to help affordable housing providers deliver on its 2016-2021 housing goals and at Kingdom we look forward to working closely with the Scottish Government and other funding partners to deliver our ambitious development programme over the next five years.” 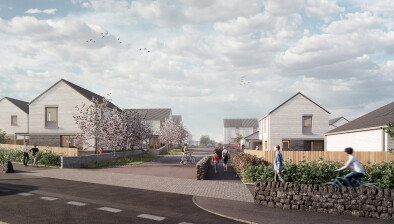 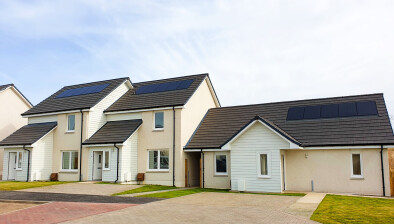