Developer Vastint Hospitality has submitted its planning application for a mixed-use development including 221 apartments for a large vacant site beside Glasgow’s High Street station. 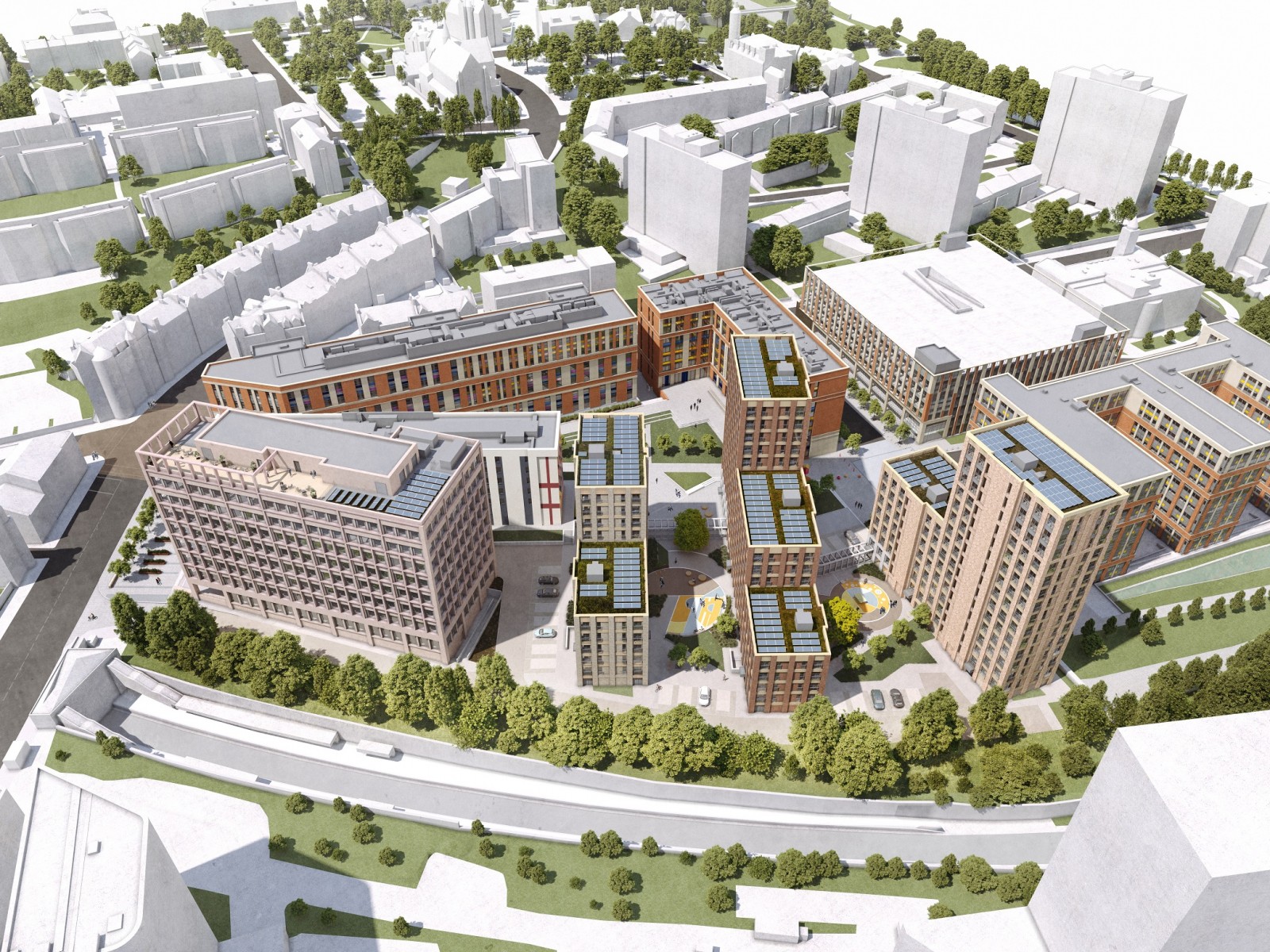 Under the plans designed by 3DReid, the vacant plot at the former goods yards at Collegelands would be transformed with the addition of an eight-storey office block, which would include a cafe/co-working spaces at ground floor level, as well as space for small business users and start-ups. 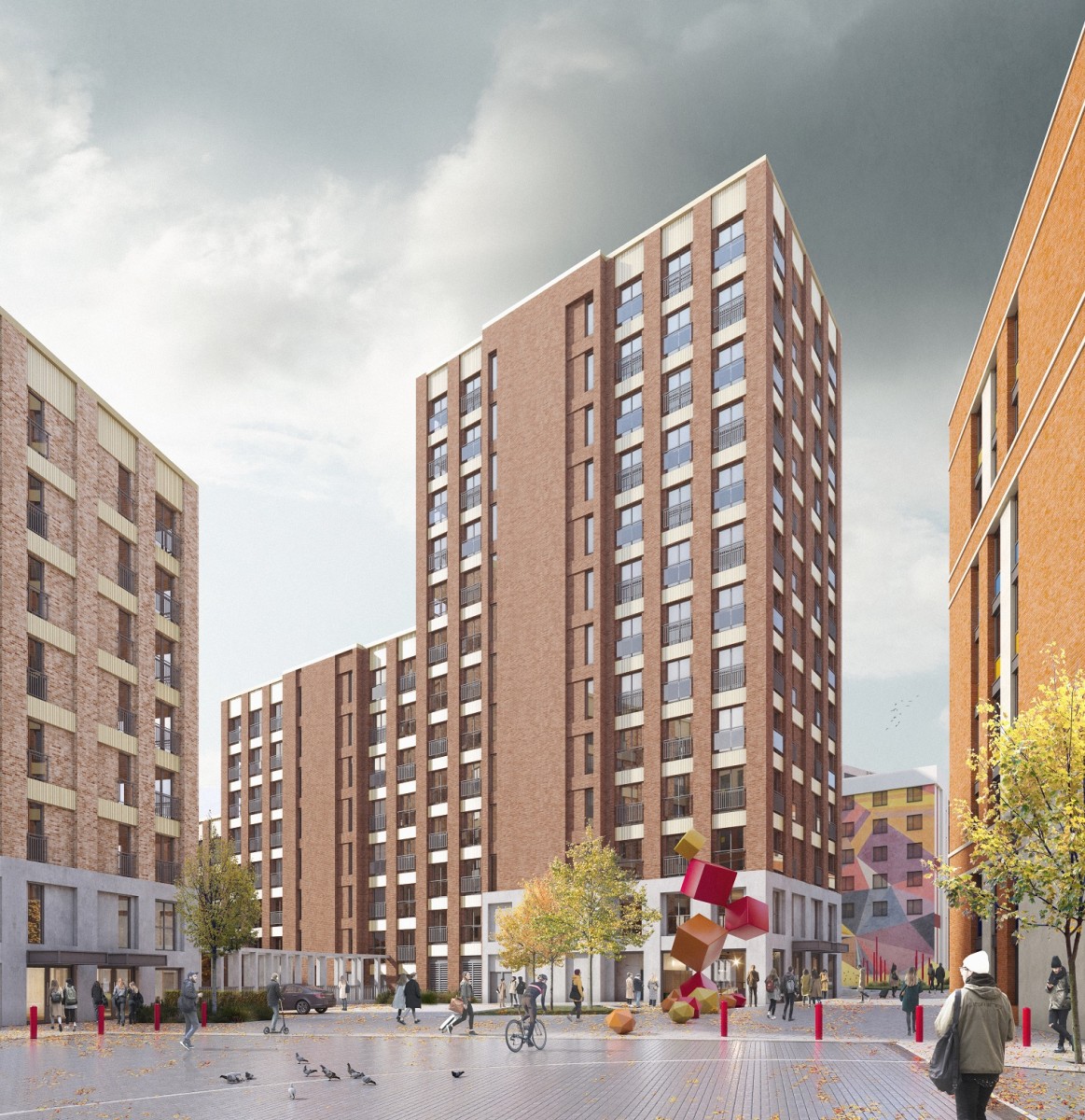 The apartments would be within three stepped towers and would include shared facilities such as residents’ lounges and a gym.

A landscape plan led by LDA will introduce residents courtyards and gardens. 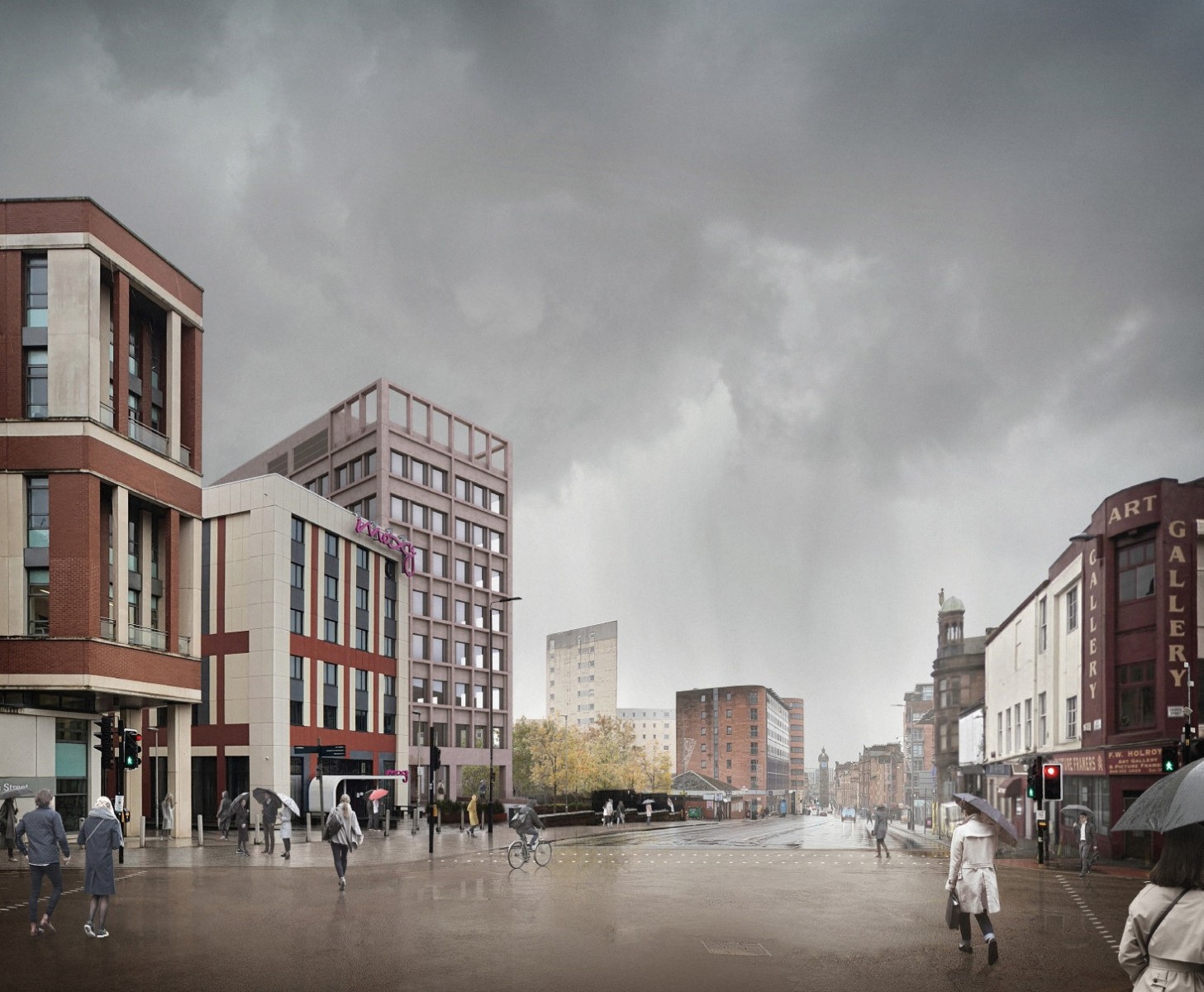 Vastint Hospitality stated: “Since completion of the Moxy Hotel in early 2019, Vastint Hospitality has been working closely with the Glasgow City Council to identify the optimum mix of development, routes and new public realm to complete the Western edge of the Collegelands masterplan, providing new apartments for rent, office, commercial and ground floor amenities facing high quality public and private amenity spaces.

“The proposals aim to transform this former industrial land into a coherent piece of city.” 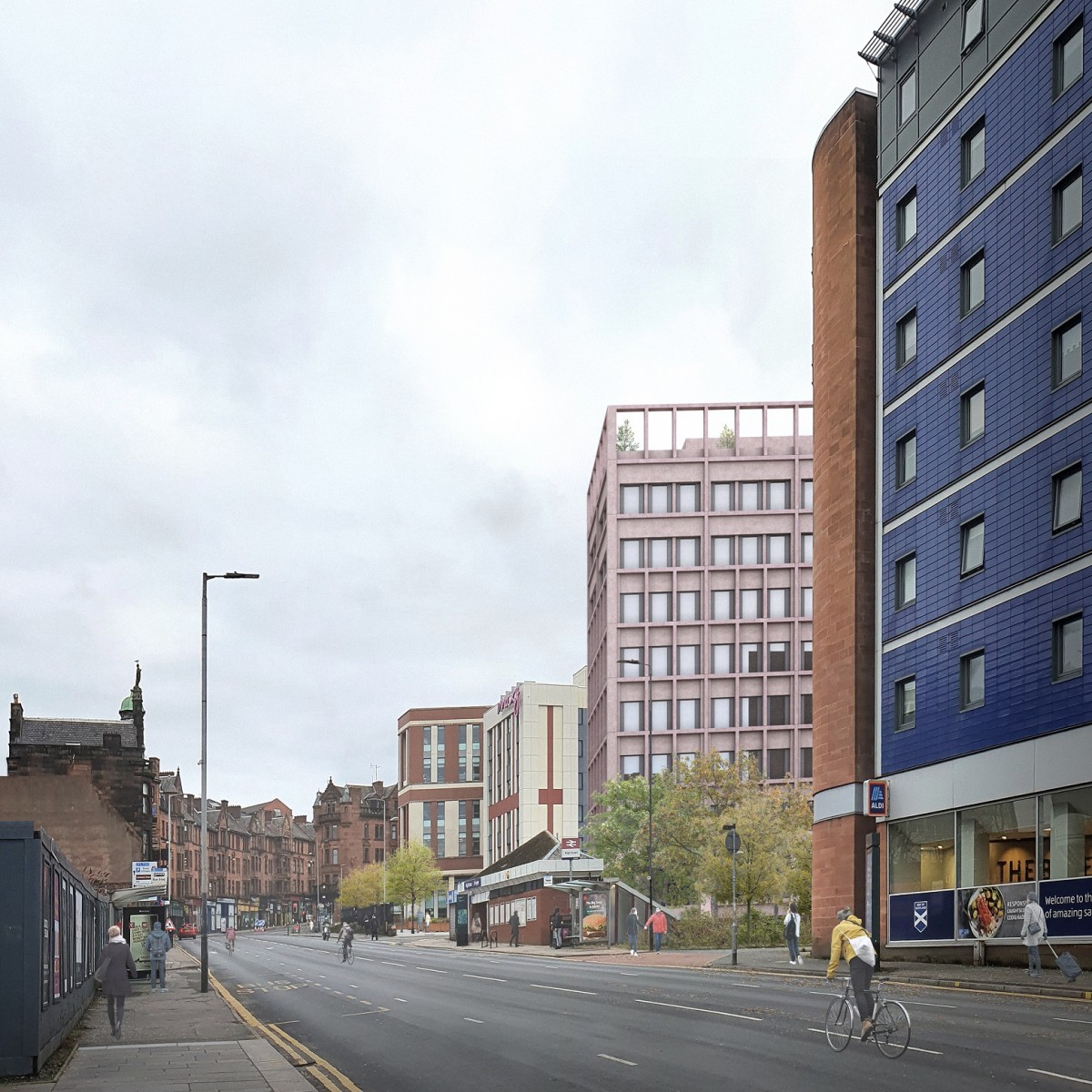 The developer added: “The towers are linked by colonnade structures at ground level which provide residents with sheltered access to shared amenity areas.

“Façade treatments will be developed to reflect the industrial heritage of the area.”