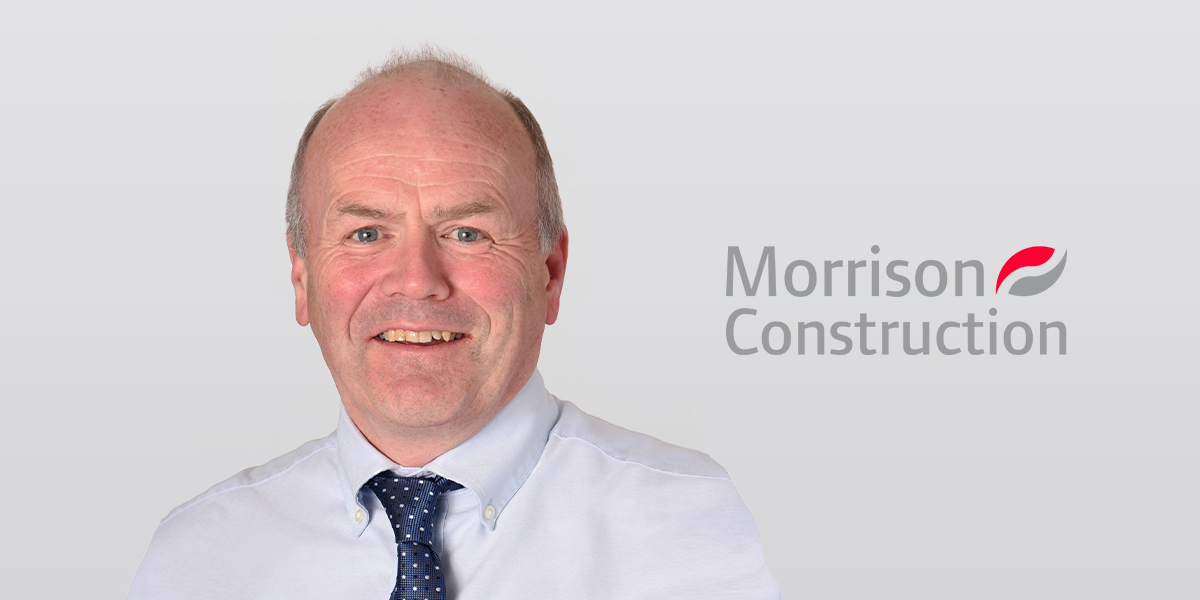 Morrison Construction, part of the Galliford Try group, has announced the appointment of David Ewing as the new managing director of its Building Central business.

Mr Ewing, whose appointment takes effect from 1 April 2022, succeeds Eddie Robertson, who is set to retire from the business in June.

He has more than 30 years’ experience in the industry and has been with Morrison as commercial director for Building Central since 2015. He has been a key part of the team that has seen the Building Central business become a cornerstone of Galliford Try’s building division, increasing and sustaining their revenue by over £100m in the past 10 years.

Mr Robertson has led the business during that period, having joined Morrison in 2012. In those years, the business unit completed award-winning projects such as Barony Campus, Royal Edinburgh Hospital, the SportScotland National Centre at Inverclyde and The Halo in Kilmarnock.

Mr Ewing will continue to pursue the business’s close collaboration with key partners such as Hub South West, Hub South East and Hub West, as well as maintaining Building Central’s position at the forefront of Galliford Try’s net zero carbon commitments, through innovative schemes such as the partnership with Construction Innovation Centre Scotland.

Commenting on the appointment, Ian Jubb, managing director of Galliford Try’s Building Division, said: “Galliford Try places great importance on growing and developing our talent and David’s appointment is a great example of succession planning in action. I am delighted we have been able to make this appointment from within and David’s existing knowledge and experience of the business will be of great benefit moving forward.

“Eddie has been a fantastic leader for Building Central, during a period of sustained success. We thank him for his efforts and look forward to building on that strong platform with David in the future.”

Mr Ewing added: “I am delighted to have been chosen to lead this fantastic team. We have a major role to play in delivering the Group’s Sustainable Growth Strategy through our commitment to innovation and collaborative relationships, and I look forward to working with all our stakeholders to make a lasting impact on Scotland’s built environment in the years to come.”