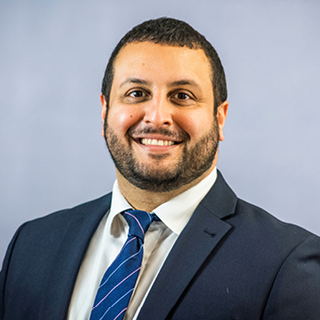 Anderson Strathern’s employment law specialist Musab Hemsi has long argued that engaging someone through the Construction Industry Scheme doesn’t necessarily always mean they will be defined as self-employed – and this recent ruling (Richards v Waterfield Homes Limited) confirms his caution was well-placed.

A decision by the Employment Appeals Tribunal (EAT) in November has raised further fears in that regard.

Its decision in Richards –v- Waterfield Homes Limited confirmed that the stated (or indeed actual) intention of the parties on that front is persuasive at best but in no sense conclusive. Nor is it enough to justify a finding for or against employment status in the face of plentiful evidence to the contrary. What happened next, however, was unexpected.

Mr Richards was engaged as a self-employed contractor by Waterfield from 2010 to 2018 and paid via CIS, a particular tax mechanism.

In 2018, the company was advised that its contractor contracts would not satisfy HMRC and switched Richards and his colleagues to employment contracts. These specified that he had continuous service dating from 2018, but Richards argued that it should be from 2010 when he first started with Waterfield. His point was that he had been an employee all along.

Alas, the Exeter Employment Tribunal disagreed. The use of the CIS, being closed to employees, indicated ‘clear intention and agreement’ between the parties that Richards was not an employee over that period. In other words, it was not a sham arrangement. Having previously been on the CIS scheme, Richards was fully aware of its terms. The fact that he had needed a job at the time did not mean that he had insufficient bargaining power to object, and the evidence was that he had actually asked to be paid through the CIS.

Waterfield accepted that Richards had been a worker for the purposes of Working Time Regulations and holiday pay, but the Tribunal decided that he was not an employee for employment protection purposes until 2018. As a result, he was unable to bring an unfair dismissal claim in relation to the termination of his employment the following year as he lacked the two years’ service necessary.

Richards appealed, and the Employment Appeal Tribunal found in his favour, deciding he was in fact an employee all along.

Richards’ contract pre-2018 had included the right to work for other businesses (though he never did). He also said he owned his own van and tools. Neither is a common feature of an employment contract, but even if they had been, the fact that a particular term could legitimately appear in a contract of employment does not mean that it could only appear in such a contract.

Even the fact that nothing of Richards’ daily work had changed when he became an employee in 2018 means only that the prior arrangements were compatible with employment status, not that there was no other possible explanation for them.

Rather unhelpfully, the Appeals Tribunal’s decision does not give details regarding the specific terms of Richards’ pre-2018 contract it considered to be inconsistent with anything but a full employment relationship. Also, there was nothing as to why it was necessary to go beyond the worker status finding made by the original Tribunal and make Richards a full employee.

The decision of the Appeals Tribunal is rather unclear on its reasoning – which gives cause for concern and less clarity to employers in the construction sector.

It’s possible that many thousands of workers, both within and outside the gig economy, could now claim that they are in fact employees on the back of this decision. Unfortunately, the concise nature of the Appeals Tribunal’s reasoning gives no obvious basis for argument to the contrary.

What next? To provide clarity on this complex issue, I would welcome – as a minimum - an urgent appeal or another more senior decision.

In the meantime, all employers are encouraged to conduct their own Status Determination Assessments and to issues these statements to their CIS colleagues, to avoid having many years of latent holiday pay and tax liabilities arising.