A site manager from CALA Homes (West) has been named as the only Scottish National Winner at the industry’s top health and safety awards – picking up Best Site in the Large Builder category. 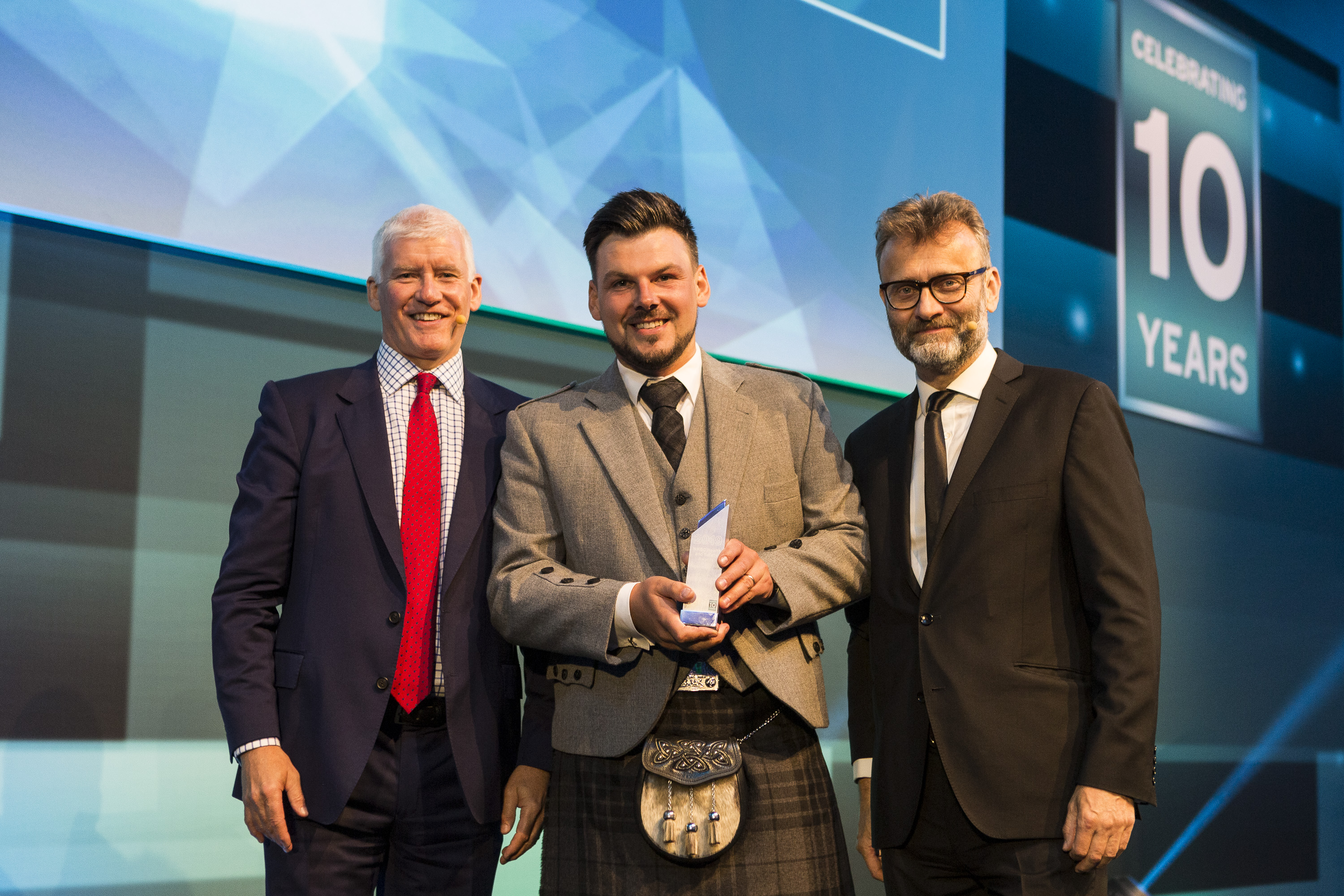 Billy McCallum received the award for his work at Kinnaird Oaks in Larbert at the National House Building Council (NHBC) Health & Safety Awards in Birmingham on July 5. His announcement as the overall national winner came shortly after he received a Highly Commended Site award earlier in the evening’s proceedings.

The national award win follows Billy achieving commended status in the first stage of the awards process alongside CALA Homes (West) colleague, site manager John Fitzsimmons, at Fin Glen in Milton of Campsie in May this year.

More than 450 sites from all corners of the UK were entered, with only three national winners selected across Large Builder, Medium Builder and Multi-storey Builder at the ceremony.

Now in their tenth year, the prestigious awards recognise a commitment to health and safety standards, with an independent judging panel selecting winners based on a rigorous set of criteria.

Billy and CALA Homes (West) are no strangers to success at the NHBC Health and Safety Awards. Last year, three sites – including Kinnaird Oaks – were awarded Highly Commended status at the ceremony.

Billy said: “To be named a national winner at an industry-leading awards ceremony is a great achievement for myself and the team. The accolade is testament to our commitment to ensuring we create a safe and productive working environment. We had a fantastic night, and cannot thank NHBC enough.”

Stuart Hosegood, Director of Health & Safety at CALA, said: “We are delighted to see Billy receive well-deserved recognition as one of the UK’s top site managers for his commitment to health and safety – which plays a hugely important role in delivering high-quality new homes.

“Not only is the award an incredible achievement, it is also testament to Billy’s skilled leadership in promoting the exceptionally high standards for which CALA is renowned. The award also comes thanks to the constant support and dedication of the wider CALA team and our subcontractors – and to them I would like to extend a special thanks, as well as congratulations to Billy and his team.”