A new pedestrian bridge, built to link Doune’s heritage assets with its natural environment and improve links with the local village, was officially unveiled on Friday by heritage and tourism chiefs, accompanied by local community groups. 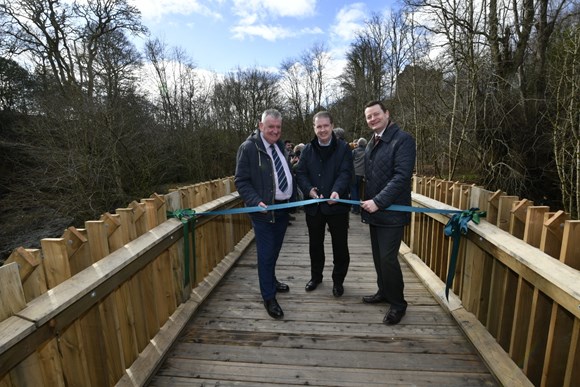 Part of a long-term investment strategy from HES, the initiative was funded by the Scottish Government’s Rural Tourism Infrastructure Fund (RTIF), which is managed by VisitScotland and supports collaborative projects that focus on improving the visitor experience in rural parts of Scotland. As well as the new bridge, future plans for the site include an improved transport hub featuring extra and accessible parking spaces, an extension of the path network between the castle and the village and the refurbishment of the village toilets.

The new bridge was opened by HES chief executive Alex Paterson, joined by representatives from the groups involved in the project, including HES apprentices, whose craft skills have been central to creating of the new structure.

Spanning the Ardoch Burn by The Mill of Doune, the new bridge utilises local timber and sustainable practices to create a new link between the past and the present. As part of this, the primary timber used is homegrown Scottish Larch, sourced locally from woods to the north-east of Doune in conjunction with the Moray Estate, within which Doune Castle is located. Locally sourced stone was also used for the new construction with HES’s own in house apprentice team learning traditional skills to cut and lay it in place.

New paths complete the connection from the castle to the riverside to connect with the village.

Interest in Doune Castle has risen significantly in recent years, thanks in part to it featuring prominently in global TV hit, Outlander. To date however, there has been no obvious pedestrian links between the castle and Doune Village, meaning visitors and locals had no natural route to enjoy other local attractions by foot, including the River Teith, Ardoch Burn, Doune Ponds, the Mill of Doune and the village itself.

The bridge also forms part of a new interpretive trail developed by HES, devised in conjunction with the local community to tell the wider story of the area. As part of this, new information panels, fingerposts and way markers have been created along the path route, highlighting different attractions within the area, including the historic Mill - famously sketched by J.M.W. Turner when he visited Doune in 1834, and a new panel displaying a reconstruction illustration of Doune’s Roman fort built around AD 79. 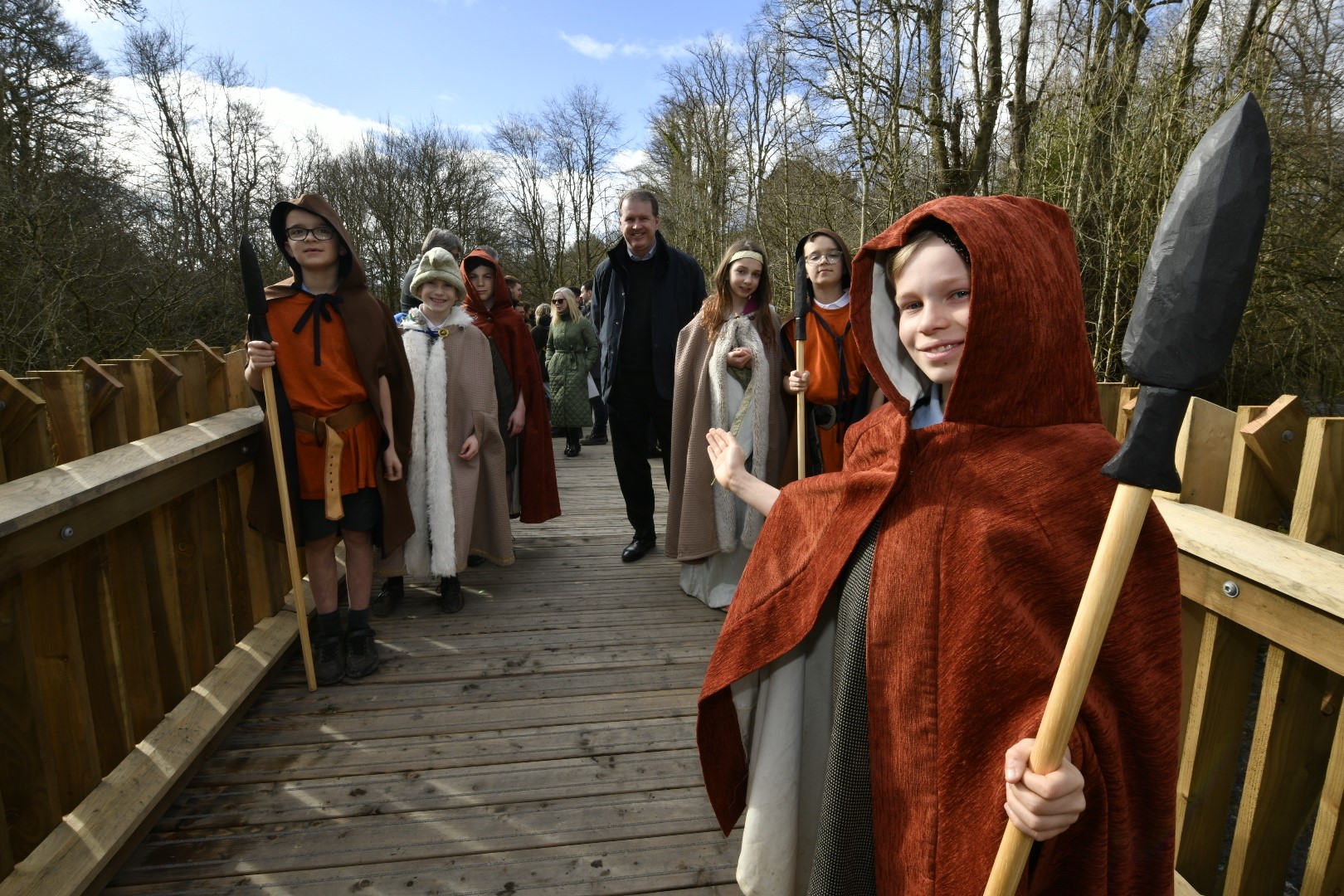 Speaking at the opening of the new Bridge, HES chief executive Alex Paterson, said: “Doune Castle and the surrounding village are wonderful heritage and tourism attractions, which have seen a marked rise in popularity in recent years.

“While this is always welcome, especially given the importance of heritage tourism to both the local and wider Scottish economy, it also highlights the need for and importance of sustainable investment to ensure sites like Doune and its local community are maintained and protected, so they can be enjoyed by visitors and locals now and into the future.

“The construction of this new bridge is a great example of that approach, working with local communities and partners to improve the overall visitor offer by linking the castle to other attractions around the area, thereby further enhancing what was already a first-class visitor destination.”

Rob Dickson, director of industry and destination development at VisitScotland, commented: “Investing in our visitor destinations is a key part of VisitScotland’s work. The ever-popular Doune Castle has grown more popular in recent years due to its appearance in the hit TV series Outlander. This is fantastic for tourism in the region, but increasing visitors require an effective infrastructure which is also to the benefit of the local community.

“The completion of the new pedestrian bridge is welcome and marks an important step in encouraging visitors to move between the castle and the village. It is part of a wider project, funded by the Rural Tourism Infrastructure Fund, to improve facilities in the local area.

“We all need to play our part in being responsible visitors and projects like this one at Doune will help ensure our visitor destinations remain sustainable for years to come.”

Stirling Council Leader, Cllr Scott Farmer said: “It is brilliant to see these improvements coming forward for a cherished location like Doune Castle. The castle is a world-famous attraction that people have flocked to for years and this new bridge will enhance the experience for all.”