Andrew Davies has today started in his new role as chief executive of Kier with the launch of a strategic review aimed at turning around the group’s fortunes.

Kier said the review will consider ways of further simplifying the firm to “create a more focused group”.

Mr Davies’ appointment, which was announced back in March, sees him replace Philip Cox, who has resumed the role of non-executive chairman.

He joins Kier more than a year after he was left stranded by the demise of Carillion.

Having served as chief executive at Wates Group from 2014 to 2018, Davies was announced as the chief executive of Carillion in October 2017, but the firm became insolvent before he took up the role.

Kier’s latest results revealed the group suffered a £35.5 million loss in pre-tax profits as a result of problem contracts and mounting debts.

Mr Davies said the review would build on work that has been undertaken by the board in recent months and was additional to the previously announced Future Proofing Kier programme, initiated by former chief executive Haydn Mursell.

Additional steps will also be taken to improve cash generation and reduce leverage, he added.

The conclusions of the review will be announced in July. 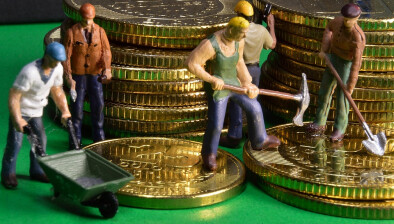