Plans to build 180 homes at the infamous Prestonhill Quarry site in Inverkeithing have been submitted to Fife Council. 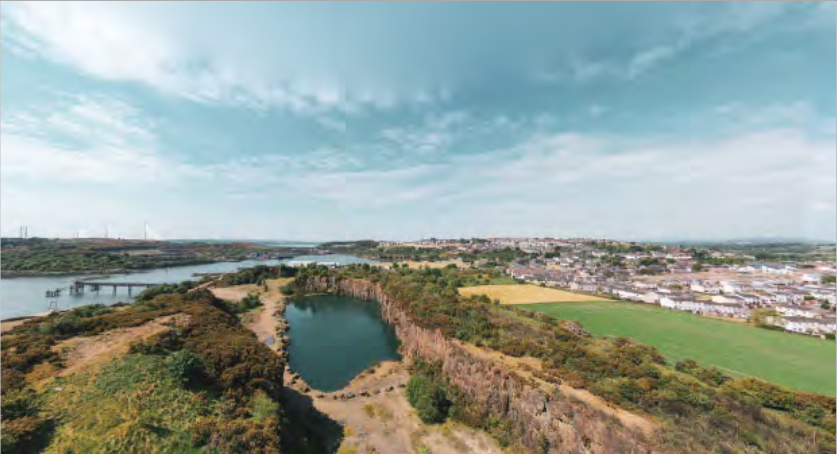 A view of the Prestonhill Quarry site (Image by Google Maps)

The council has been urged to redevelop the site following the deaths of three people since 2014, with individuals even launching petitions to fill in the quarry.

Previous plans to build housing at the site – which has been dubbed Scotland’s most dangerous quarry – have never come to pass, however, now new proposals have been lodged.

The latest application by developer DDR (UK) Ltd will include 45 affordable homes, 123 private houses and 12 flats. If approved, the development will also include a cafe and holiday lodges.

A design statement said: “The proposed development will include the regrading of the quarry topography, to change the cliff face profiles to gentler slopes, and infilling the quarry pond, using rock from the regrading operation.

“The aim is to achieve a site able to accommodate the proposed homes, holiday lodges and café/bistro while maintaining and enhancing the opportunity for public recreation in the area and the site’s environmental value.

“Removing the significant hazards associated with the quarry walls and water body are of paramount importance to the applicant in the overall aim in developing the site.”

Part of the development would include the installation of the Beamer Rock lighthouse, removed from the Firth of Forth to make way for the Queensferry Crossing, The Courier reports.

The lighthouse will be the focal point of viewpoints, benches, a pier and a fountain on the site. Road access to the site would continue via the existing route from Preston Crescent and a new road created via the south end of Fraser Avenue.

However, DDR (UK) Ltd has indicated that despite being approached by a third party interested in creating a diving facility at the quarry, this was found to be unsustainable.

The 44.5-acre brownfield site, which has lain empty and dilapidated for over 40 years, has also been a magnet for anti-social behaviour.

Addressing public concerns regarding the site, the developer said in its design statement: “Approval of this application will bring formal and clear ownership of the site, subsequently enabling the safety of the quarry through the proposed development.

“Removing the hazards associated with the quarry walls and water body are stated as being of paramount importance to the applicant in the overall aim in developing the site.”