HAUS Collective has today unveiled plans for the regeneration of The Shawlands Arcade, a well-known landmark at the heart of Glasgow’s Southside. 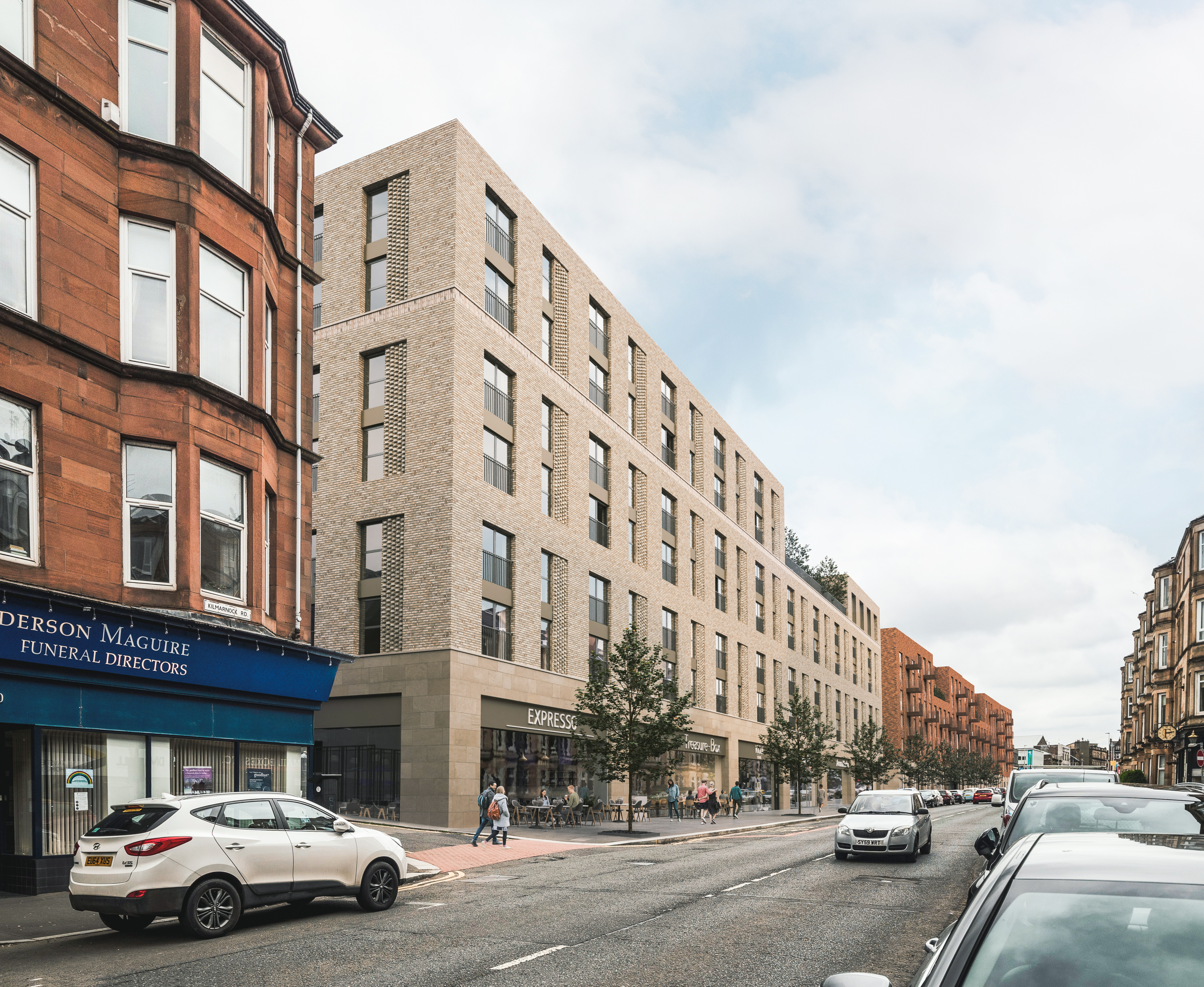 The HAUS vision for Shawlands Arcade

Originally built in the 1960s, the Arcade is in need of extensive renovation with the HAUS proposal aiming to create a new, vibrant shopping and leisure experience and an improved streetscape on Kilmarnock Road. The redevelopment also offers the opportunity to provide new homes in this increasingly popular area.

The proposals are being brought forward by the Arcade’s owners and operators, Clydebuilt LP, which is a property investment and development fund co-owned by Strathclyde Pension Fund and Ediston Real Estate. Clydebuilt has a strong track record in delivering successful regeneration projects in Glasgow and the Strathclyde area.

Commenting on the plans, Neal Jamieson, director of Ediston Real Estate, said: “The pandemic and growth of online shopping has increased the need for town centre’s like Shawlands to reinvent themselves and grow their appeal by offering an exciting mix of shopping and leisure and keeping the ‘High St’ experience alive. The new development will build on the success of the Shawlands Business Improvement District by adding to the eclectic mix of independent shops, bars and restaurants already offered by Shawlands and the new homes will bring more people to this lively community.

“We want to hear what the community think about our ideas and hope many of them will take the opportunity to comment through the various routes open to them, starting with our live webinar event on 9th June.”

Under the plans designed by HAUS Collective, the redevelopment of the Arcade will be phased, with phase one providing new retail units and more than 300 new homes. Additional retail units and homes will be added in following stages. Phase one represents a £68 million investment in the area and will support 120 construction and retail jobs.

Improvements to the streetscape will include constructing the new retail units on the same level as Kilmarnock Road and creating generous pavement areas offering the potential for active frontages enhancing Shawlands already well-established café culture. At the centre of the new development, behind the new retail outlets on Kilmarnock Road, there will be a landscaped public realm that can be enjoyed by the new residents, visitors to the shops and the public.

“As designers, we are rarely presented with the scale of opportunity at Shawlands where design can create such consequential change within a community. The redevelopment of the Shawlands Arcade however, is not about one single vision, but rather the accumulation of a series of smaller, more considered decisions that respond to the emerging challenges of density, diversity and livability,” said Murray Henderson from HAUS Collective. 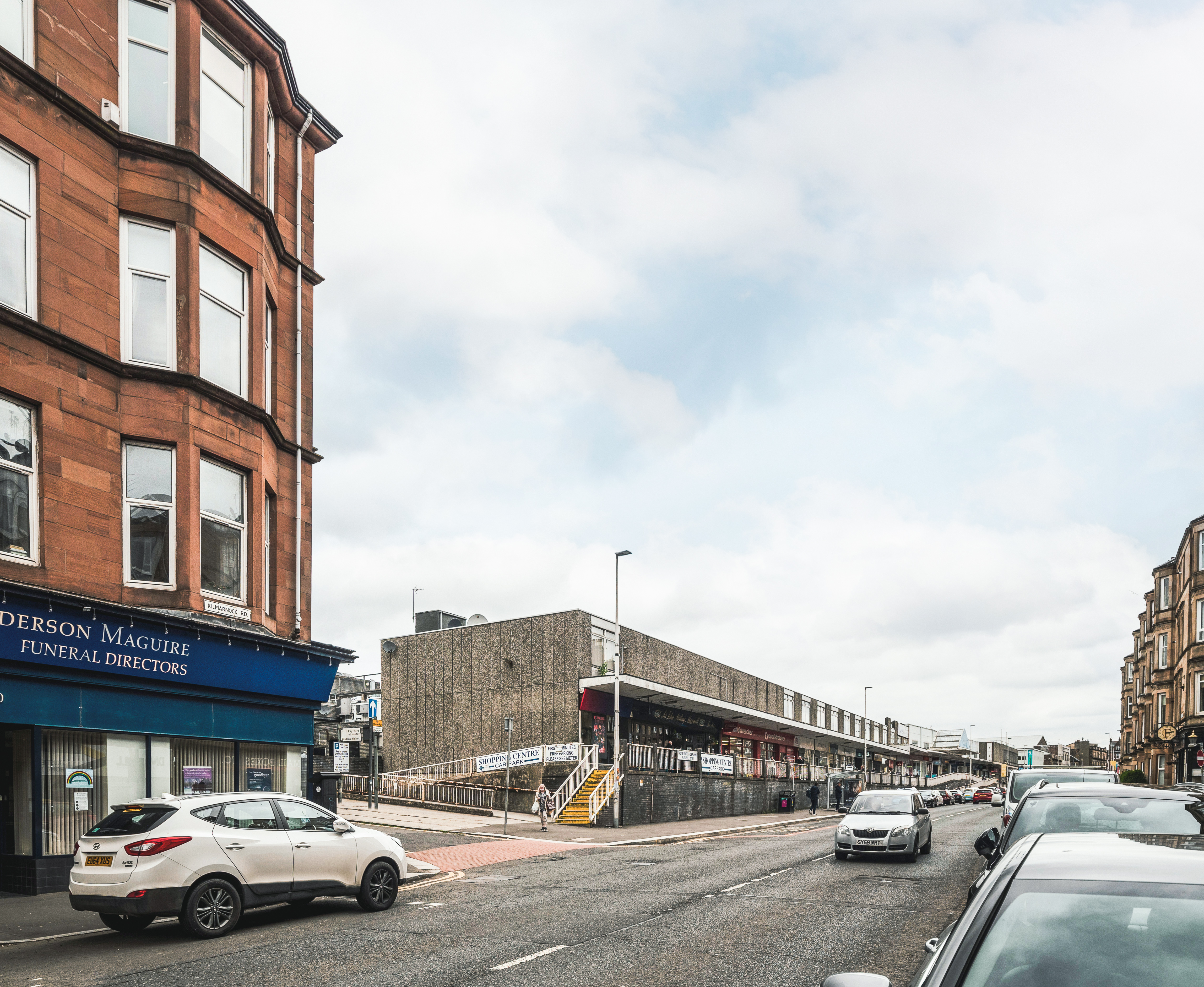 Shawlands Arcade as it stands

The new homes have been designed for sustainability and will feature a range of low and zero carbon generating technologies and there will be an emphasis on bike and other sustainable forms of transport rather than car parking.

Showcasing many of the attributes of the 20-minute neighbourhood idea supported by the Scottish Government, the proposals are supported by My Shawlands, a Business Improvement District, which is funded by the businesses of Shawlands and managed by a board of Shawlands business owners.

Lisa McLaughlin of My Shawlands added: “In the four years since the businesses of Shawlands elected to make the area a Business Improvement District, Shawlands has grown from strength to strength to become a highly desirable place to live, shop and socialise. This boom in popularity adds to a long-standing desire by locals and business owners to see the re-development of the Shawlands Arcade site into a space that serves the needs and wants of the community better. As Shawlands continues to flourish, the My Shawlands board fully supports the plans for the Arcade to evolve and realise its full potential. We are looking forward to the improved streetscape that willattract more visitors to Shawlandsto enjoy what we have to offer and help our businesses and the whole area to thrive post-pandemic.”

Members of the Shawlands community are being encouraged to give their views on the proposals via a public consultation process which is launching on June 9 with a live interactive Zoom Webinar event between 7 and 8pm, where members of the project team will present the proposals and be available to respond to questions.