NHBC award win is a piece of cake for footballer Lewis

Inverness man Lewis MacKinnon was attending his daughter 10th birthday party when he discovered there was a double cause for celebration. 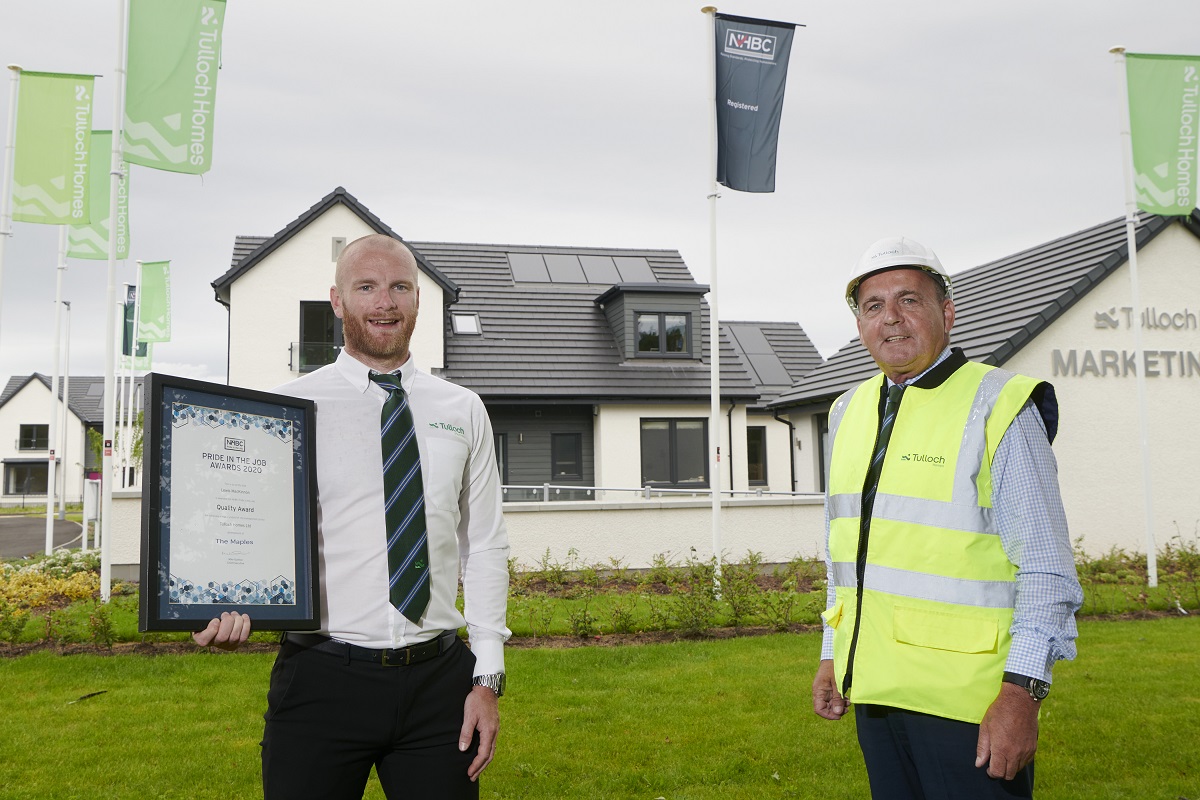 The Tulloch Homes employee was named a winning site manager in the National House Builders Council awards for 2020. It is his second such success in five years – and a fourth time in five years that Tulloch Homes has gained recognition in these awards.

Lewis, 35, site manager at Tulloch’s new The Maples development at Ness Side, is a former Caley Thistle footballer who is centre half and assistant manager of Highland League outfit Buckie Thistle.

“I had an extra piece of birthday cake after getting the call that I’d won the NHBC award”, smiled Lewis. “I’d won it in 2016  for The Parks development  in Inverness — and The Maples is such an upmarket location that I was keen for it to figure in the honours.”

Lewis and his wife Ashley have three daughters.

“ I’m fortunate to have a cracking team working on the site,” he said,” including fork lift driver Derek Strachan and labourer Alan MacCubbin who were also with me when I won in 2016. They’re my trusty lieutenants.

“I’ve been a site manager with Tulloch Homes for 11 years, coming through the company ranks, and this latest honour is a real boost. My only disappointment is that the gala awards dinner at Glasgow’s Hilton Hotel won’t happen because of coronavirus.”

He added:”I haven’t had the chance to play football since March because of lockdown but I’ve bought an exercise bike to keep up my fitness levels for both work and playing.”

Tulloch Homes construction director, Billy McKay, said:” This is the third year running that one of our developments has produced an award-winning site manager, which shows our attention to quality and craftsmanship is paying off.

“Lewis is an excellent organiser with keen attention to detail, which is why he was selected last year to take charge at Ness Side. At 750 homes, it is the largest single development Tulloch Homes has ever undertaken and this award highlights the superior finishing in this first phase.

“Lewis mightn’t be able to play football for a while – but he’s certainly getting a kick out of this well-deserved victory.”

Tulloch Homes won awards in 2018 and 2019 for ex-Brora Rangers footballer Zander Sutherland at the Broomhill development at Muir of Ord.