Developers have scaled back the number of apartments it plans to deliver as part of resubmitted proposals for St Vincent Crescent in Glasgow. 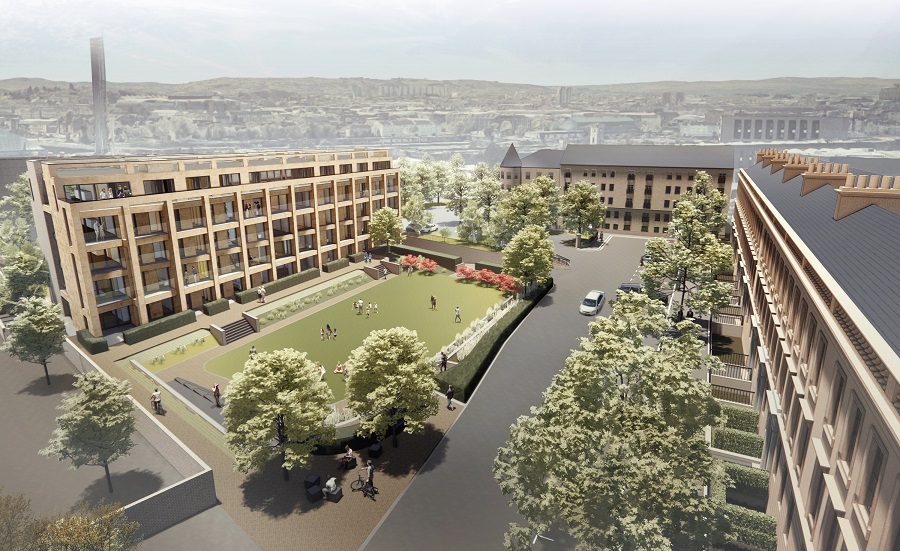 Designed by architects Page\Park on behalf of owners Nixon Blue, the new design reduces the scale and density when compared to previous proposals. Twenty apartments are now planned compared to the original 36, while the height of the building is reduced from seven storeys to five.

The proposed building has also been moved back into the site to create a much larger open garden and amenity space to the front of the development for use by residents and the local community.

Nixon Blue said the fresh design will deliver a significant improvement to the quality and sense of place within the area.

The new 20-apartment proposal contains a mix of two, three, four-bedroom apartments and duplexes, aiming to attract families and professionals to the popular urban location. Features include a natural stone finish to face St Vincent Crescent and balconies to the front and rear of all apartments. Open green space is maximized with a mix of public and private gardens to the front and back. All parking is hidden in an underground basement.

Nixon Blue director and architect Colin McIntyre said: “We returned to the drawing board to reduce the height, mass and alter aspects of our original design.  We listened to the feedback from stakeholders to our previous plans. We have reduced the number of apartments to 20 as well as removing two storeys to complement the height of surrounding buildings within the crescent.

“We have, however, retained and expanded our proposal for a new public garden space as part of our £8 million investment in the city. Our aim is to continue to have an open dialogue with Glasgow City Council and to bring a wider range of three and four-bedroom homes to Finnieston.” 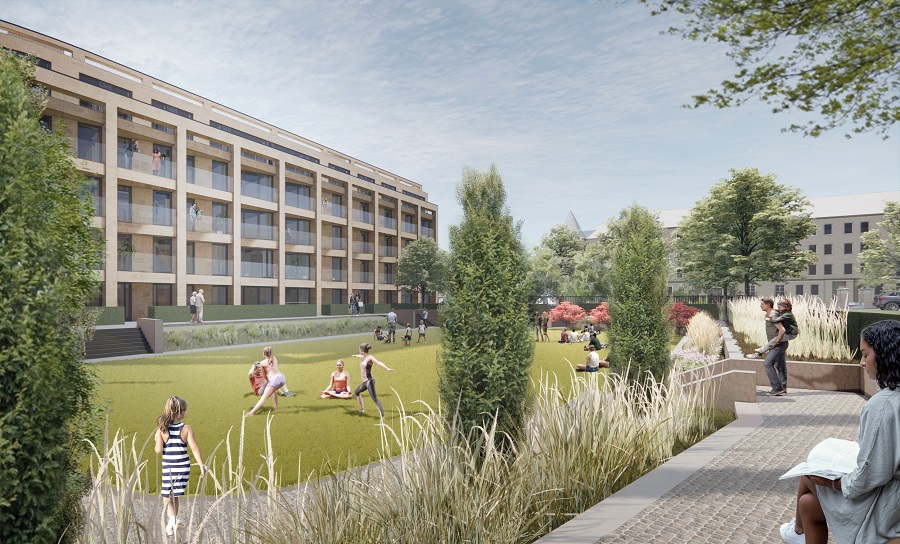 Working with Glasgow-based Page\Park and landscape architects HarrisonStevens, the team has designed a fresh proposal to help address concerns raised relating to the previous planning application.

The new proposal has responded to the original 1849 masterplan for the area created by the Crescent’s architect Alexander Kirkland, which shows the former bowling club area as a site for a residential development as part of a larger terrace.

Lead architect Chris Simmonds said: “The new application is a completely different design, not only in terms of the position and scale of the proposed building but also in terms of the configuration, layout, and usability of the amenity open space to the north of the proposed residential site and within the general environment of St Vincent Crescent as a whole.

“The result, we believe, is a high-quality proposal with placemaking at its heart, responding to the historic quality of the Crescent. The development and significant new garden space will result in a tangible enhancement to the area, completing the original 19th century masterplan vision of Alexander Kirkland.”

Nixon Blue estimates the site will see an investment of £8m, supporting more than 100 jobs within the building and construction sector, and will transform a semi-derelict fenced off site into 20 contemporary apartments fronted by a significant new open garden space that will be attractive to families and professionals alike while benefiting the wider community.