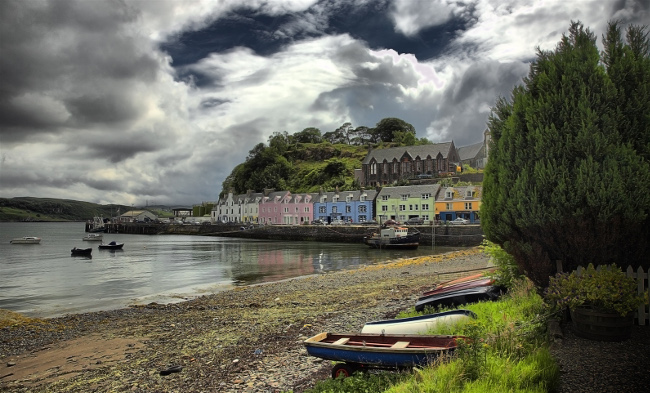 Councillors will this week be asked to approve two Highlands bids for the UK Levelling Up Fund.

The projects are North Coast 500 and Portree Harbour.

On 3 March 2021, the Chancellor set out details of a £4.8 billion UK Levelling Up Fund that will offer successful bids the opportunity to invest in infrastructure including regenerating town centres and high streets, upgrading local transport, and investing in cultural and heritage assets.

Highland Council was successful in Round 1 (of 4) for the Inverness, Nairn, Badenoch and Strathspey constituency bid. Round 2 is now open for applicants with a closing date for submission of 6 July 2022.

Members will be asked to agree to the proposed resubmission of a transport bid based on the North Coast 500. Positive feedback was received from the UK Government on the first bid and a number of changes have been made to reflect this, concentrating the funding into three elements which are costed at £44m and outlined below:

It is also intended to make a second stand-alone bid under the Heritage and Culture strand of the UK Levelling Up Fund for Portree Harbour and Village regeneration. The harbour area in Portree is an important cultural and heritage asset for the Isle of Skye and acts as an important gateway to the island.

This project aligns with the Skye and Raasay Future (SARF) ambitions which the council has worked closely on with community representatives. It has the potential to transform Portree harbour and waterfront area, supporting the local economy and delivering a quality infrastructure and environment which will deliver key benefits for the area.

The key elements of the bid include:-

Economy and Infrastructure Committee Chair, Cllr Ken Gowans said: “It is promising to read a strong report that clearly identifies two separate bids for the next round of Levelling Up Fund (LUF) and we look forward to Thursday’s Council meeting where we will consider two bids and future plans for round 3 and 4. Improved transport connectivity across parts of the North Coast 500 area, Green Tourism Project and a transformative upgrade to Portree Harbour could be a real catalyst for economic recovery in two distinctive areas in Highland.”

There will be two further rounds of the UK Levelling Up Funds and it is hoped to resubmit the Caithness, Sutherland and Easter Ross constituency bid, similarly Ross, Skye and Lochaber Constituency in Round 3. Local Members will be fully involved in the process and it is anticipated that Round 3 will be open for submission around summer 2023.